Having on hand an example of three more prolific metallic cartridge firearms of the latter half of the 19th century, I decided to make a hands-on experiment on roughly how much more firepower one could get with each system.  For the purposes of this piece, “firepower” refers to rapid, though aimed fire at a man-sized target 75 yards away, quantified in both time and accuracy.

On its face, the concept of this hands-on experiment might cause one familiar with the Sharps, Spencer, and Henry to draw an instant conclusion that the Henry would obviously be the winner and the Sharps the loser.  That is, indeed, true.  However, I was curious about roughly how much the disparity of each system would be.

Firearms and Course of Fire

There were two courses of fire for each firearm: 5 rounds from standing at 75 yards, and 5 rounds from prone at 75 yards.  A clear sight picture would be required for each shot, as aimed rapid fire is one of the focus points of this experiment.  The firearms used were as follows: 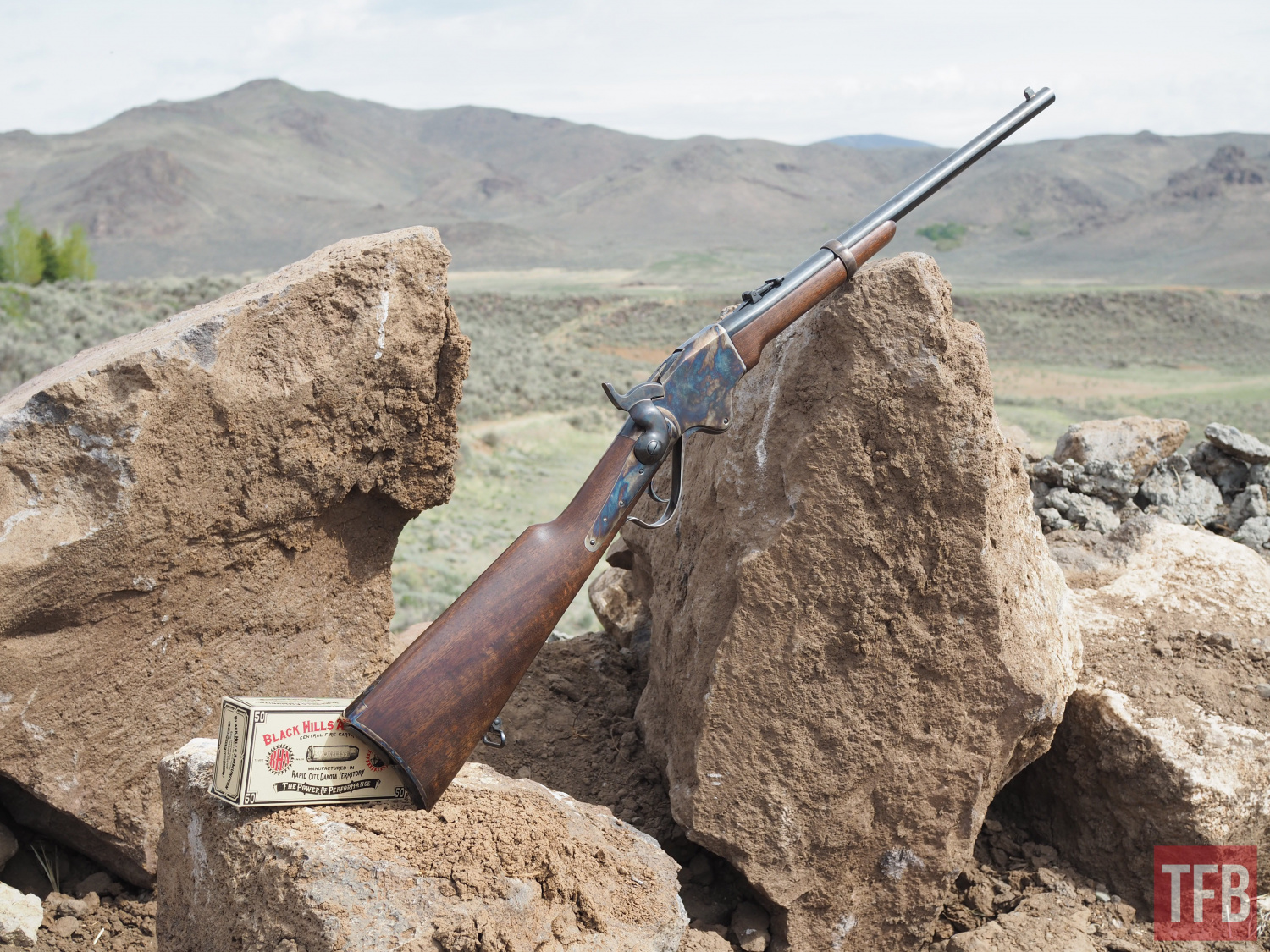 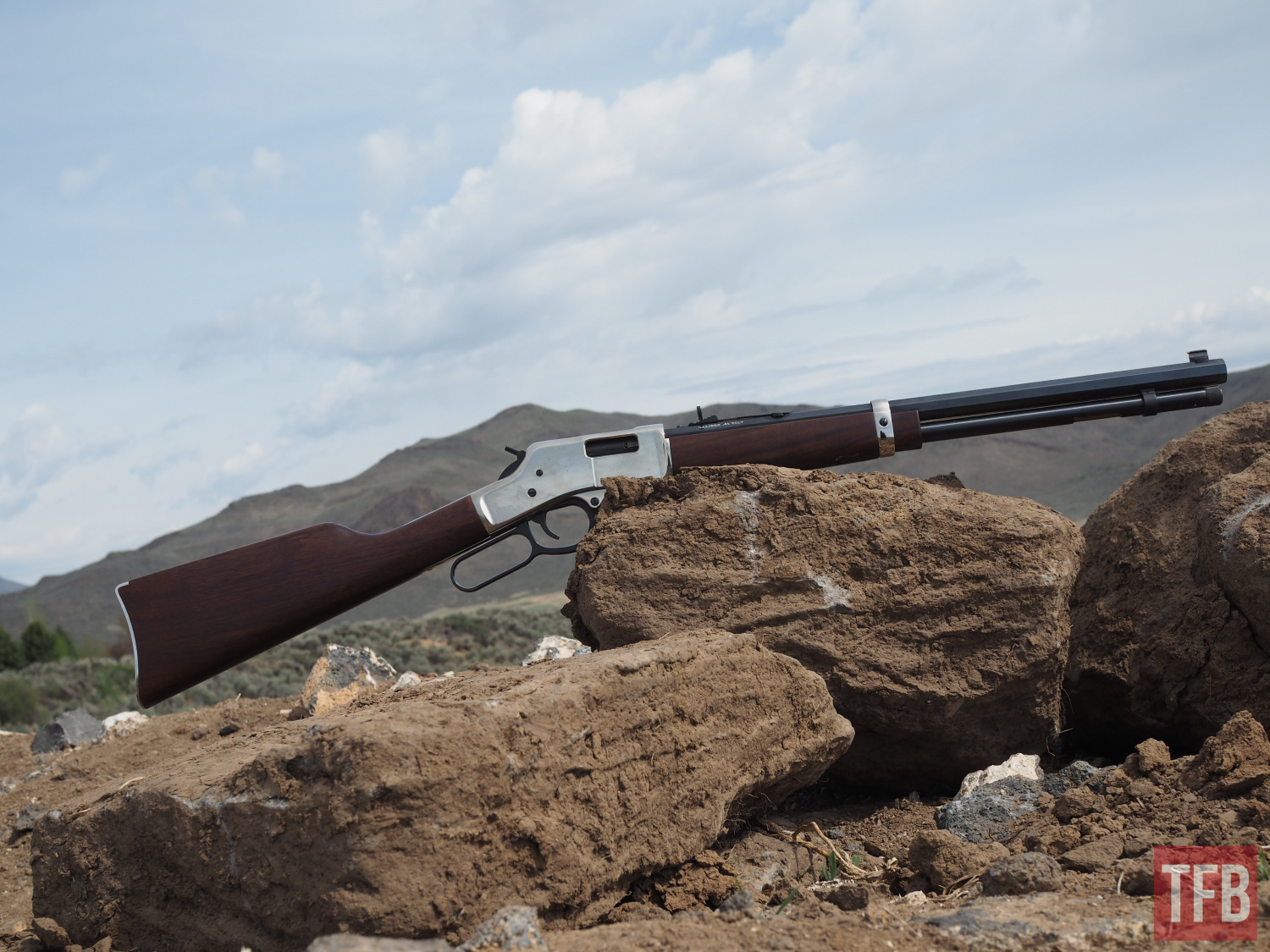 As we can see by the manual of arms for each system, the Sharps has five steps to firing, the Spencer four, and the Henry three.

On a hot, dusty late summer day in the high desert of the American West, I conducted the experiment.  Though I’ve had plenty of trigger time with each gun, I fired two practice strings with each firearm before going for a final string.  It was good fun to blast away with Black Hills’ 405gr .45-70 and 250gr .45 Colt Cowboy Action loads, and when the smoke and dust cleared, results were as follows, measured in seconds.  Anything outside of the C zone of an IPSC silhouette counted as a “miss”: 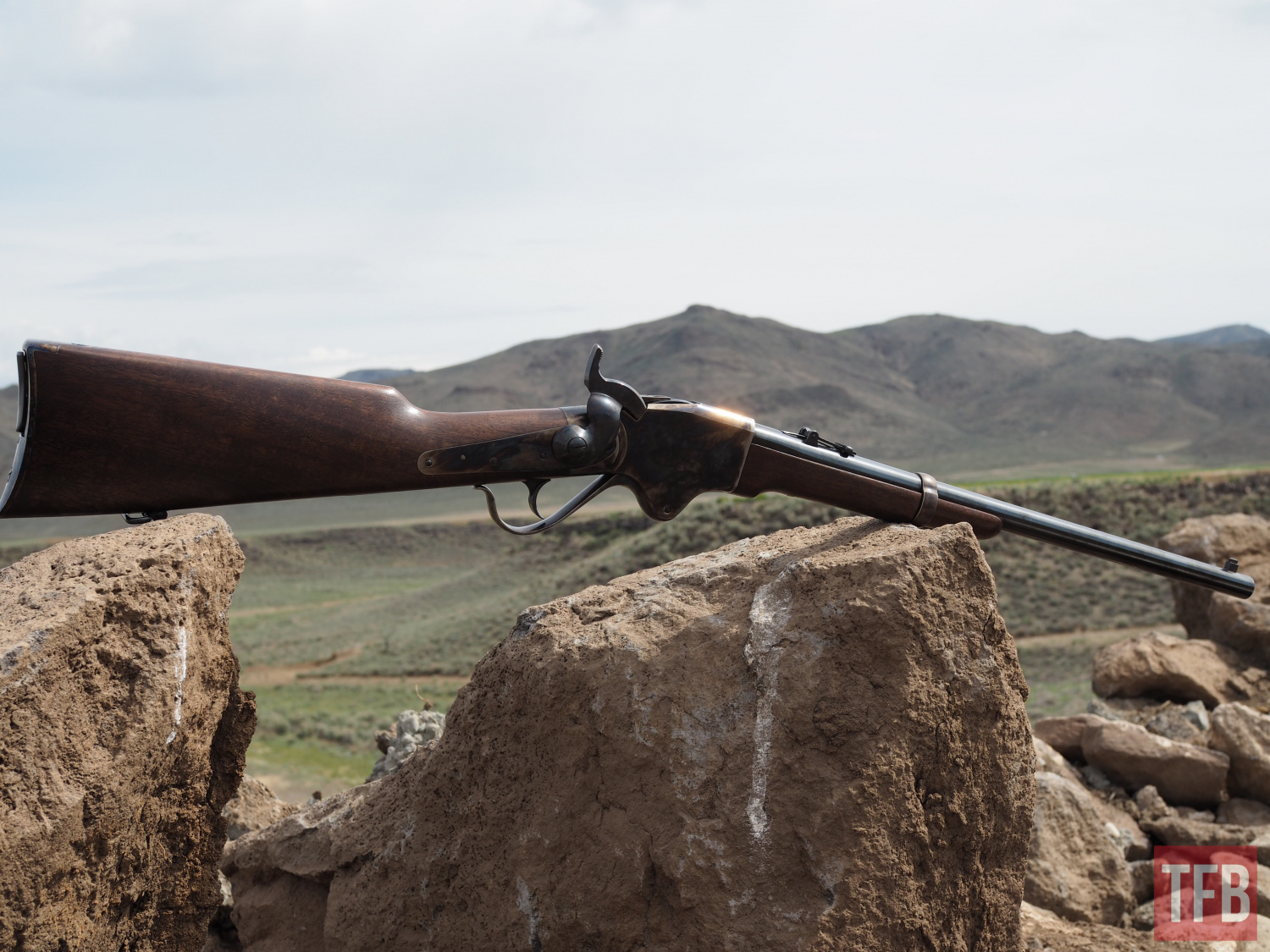 A cursory look at the results reveals that changing from manually loading from a cartridge box or belt (Sharps) to mechanical loading from a tubular magazine (Spencer) yielded an average improvement of roughly 41.43%.

Changing from having to manually cock the hammer (Sharps and Spencer) to mechanical cocking of the hammer and being able to keep one’s firing hand purely on the lever (Henry) yielded an average improvement of roughly 68.3% when one compares the Henry to the Spencer, and a whopping 81.43% when comparing the Henry to the Sharps!

The Henry was also far easier to acquire and keep a clear sight picture with both standing and prone.  This yielded not only better speed, but better accuracy when pressed into rapid-fire.  Though the Sharps would be better for slow, carefully aimed fired at range, it pales in comparison to the Henry when used in a close-range rapid-fire situation, especially if one needed to aim at moving targets.

Let’s look at an example of a force armed with a single shot like the Sharps, Remington Rolling Block or, even worse, an 1873 Trapdoor (which did not have mechanical case ejection) versus a lever-action repeater such as the Henry.  If each individual could fire 5 rounds 81.43% faster than their opponent in battle, it’s a real eye-opener to see just how much more “firepower” the force armed with the mechanical repeaters would have.

For me, it lent a concrete experience to how John T. Wilder’s lighting brigade could have outmatched their opponents, how outmatched Custer’s 7th would have been against the Sioux, or how lever actions helped the Turks delay Russian and Romanian forces during the Plevna siege of 1877.