With International Women’s Day being this week, I figured it would be an appropriate time to talk about carrying concealed for women and some of their struggles. There’s an old saying that says “God made men, Colt made them equal”. This saying is even more true for women and over the last decade, there has been an increase in women carrying concealed firearms for self defense. The firearms market is dominated by males and because of that, the majority of products are designed with a man’s body structure in mind. Some women have real struggles in finding the right firearm and gear for themselves. Let’s dive into the struggles of concealed carry for women.

Depending on a woman’s body type, it can be fairly difficult to find a comfortable carry style. Women naturally have wider hips and sometimes they are set higher than most men who carry a concealed firearm. As a result, some women will carry in different positions like in the small of their back or appendix carry since strong side carry isn’t always possible with their hip structure. One of the biggest issues I see when husbands try to get their wives to carry a concealed firearm is pushing a carry style that is very uncomfortable for the woman. Oftentimes, the husband’s favorite carry style is what he knows and tries to push that style onto his wife which may work but oftentimes won’t because of the different body structures. 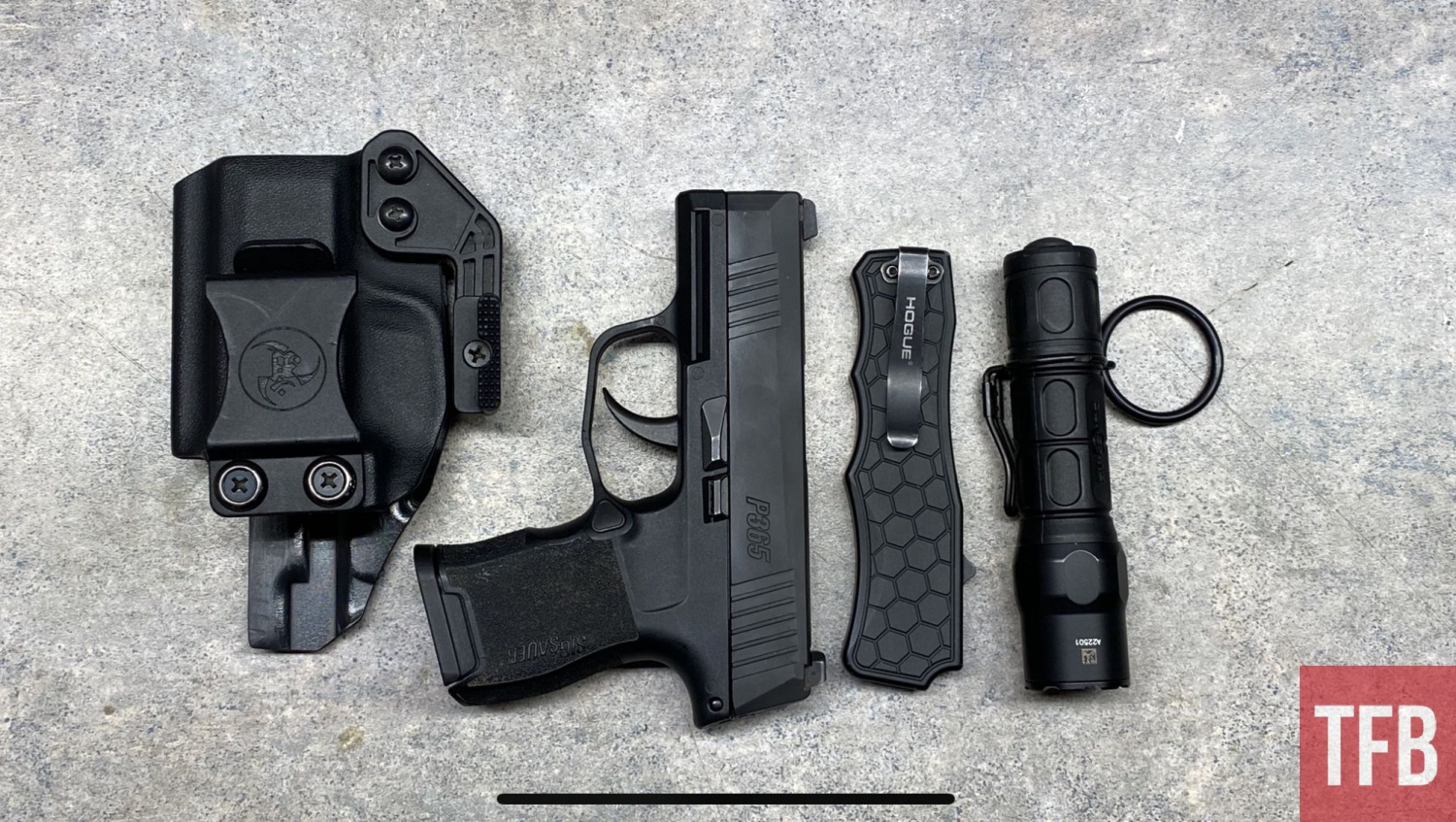 Depending on what kind of clothing and style a woman has, it will also determine what the best carry style is for them. Some women prefer AIWB or small of back carry while others prefer to do a belly band or inside the thigh holster. A decent amount of women will opt for off-body carry in either their regular purse or a special carry purse. Whenever a woman asks me for advice when carrying, I always say to look at what style fits your body structure best and go from there. 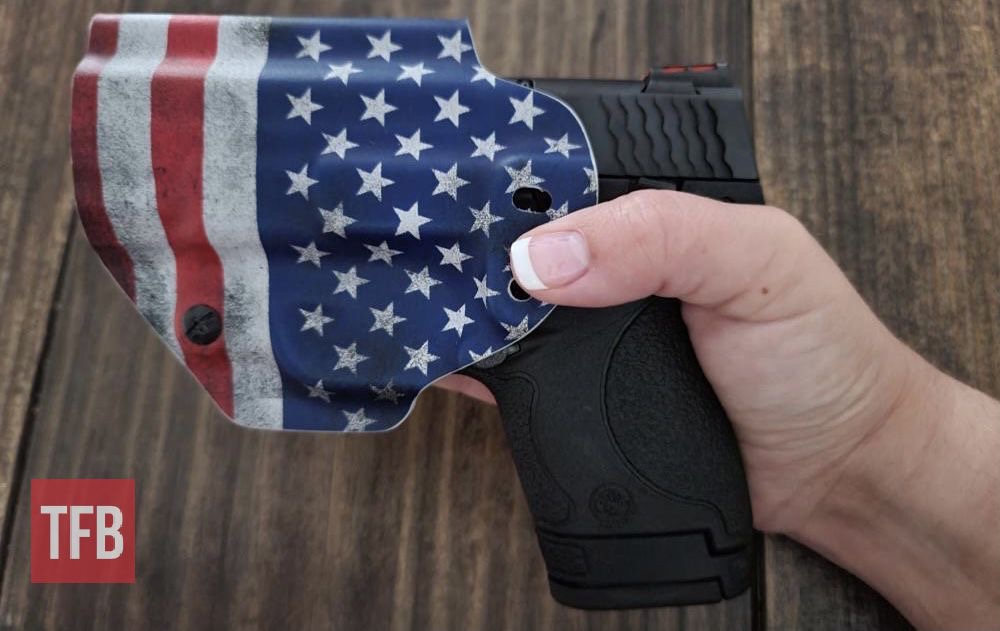 It’s always a good option to test different styles out before purchasing so if you have a friend with different options, I always encourage to test it out before spending your own money on certain holsters. I have talked to a number of women who became frustrated with carrying a firearm and never found that perfect carry style, so they stopped carrying altogether. Just because one style doesn’t fit your lifestyle doesn’t mean all other styles are the same way. It’s important to explore your options and see what works best for your personal lifestyle. 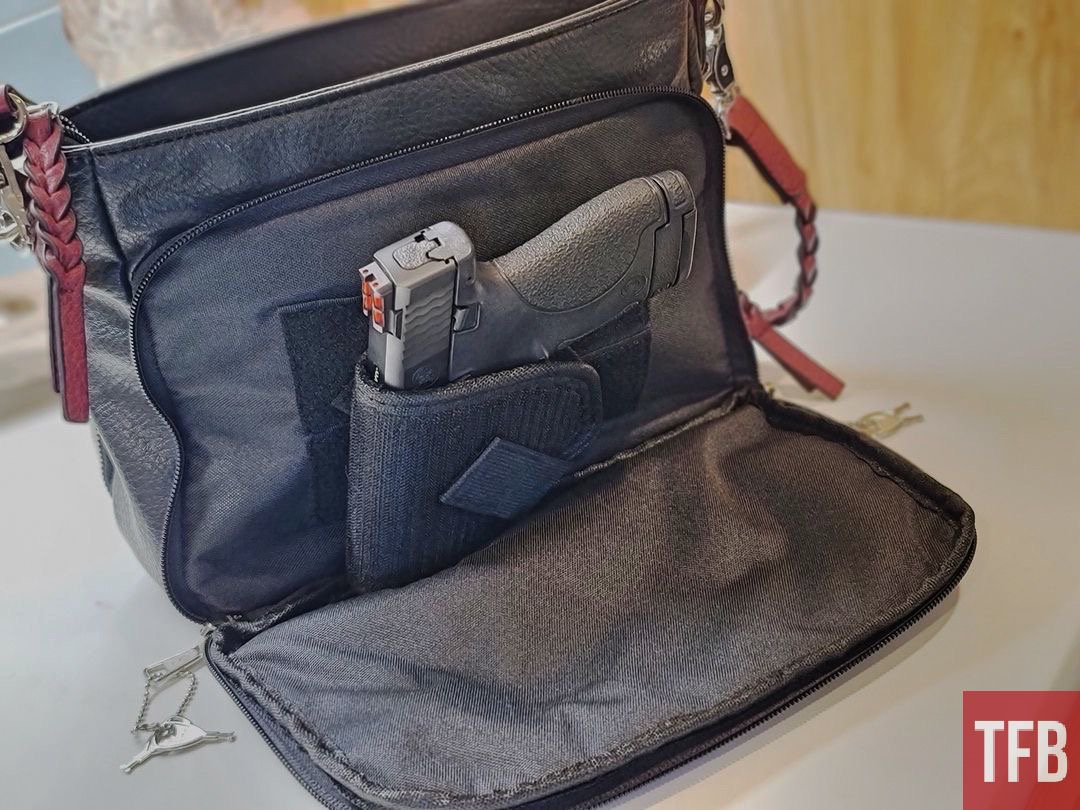 Choice of the Carry Gun

One of the other big issues for women when it comes to concealing a firearm is their choice of handgun. Having the right handgun can make or break someone’s experience when trying to conceal a firearm daily. There has been a trend among gun store clerks to push the smallest .380 Auto or .38 Special revolver into the hands of a woman and say it’s the best thing for them. In reality, these little handguns are some of the hardest guns to shoot accurately for any shooter male or female. The vast majority of females who really enjoy shooting will often carry smaller 9mm handguns and medium-sized handguns like the Glock 19 or M&P Shield with the extended magazine grip. 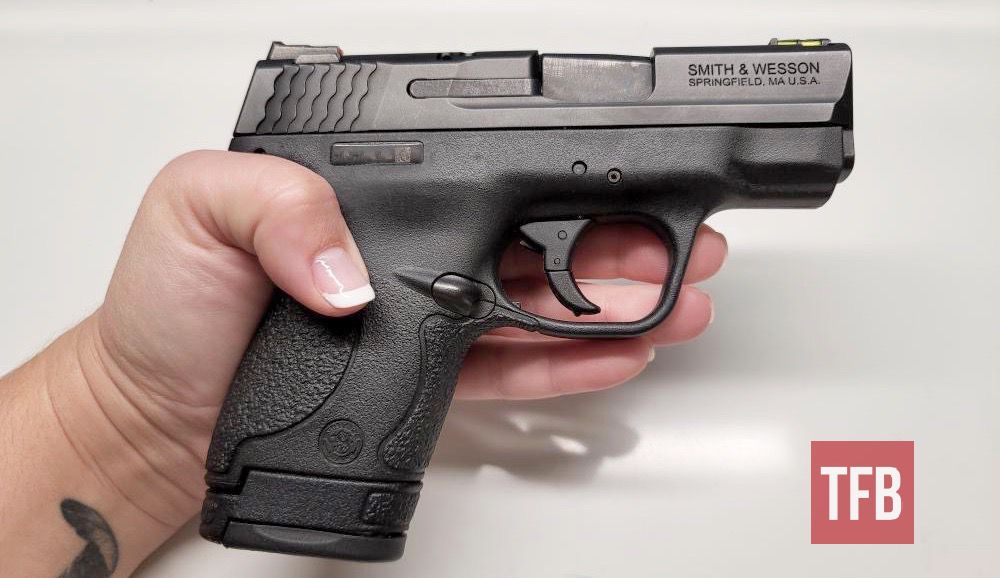 Rather than going into a gun store and forcing a style of a handgun into a female’s hand, it’s always a good idea to take a basic pistol course and rent a few different firearms before picking up your first handgun. This is true for men as well but it’s a great idea if they are first-time shooters and don’t have prior experience. Having a professional walk through the steps at their own pace will make them feel more confident in the end. If you don’t have time and need something I would say to stay away from the ultra-compact pistols and go with something like a Glock 43X or SIG P365 for a starter gun. These guns are small enough to conceal comfortably but are large enough to easily shoot at the range and under stress. 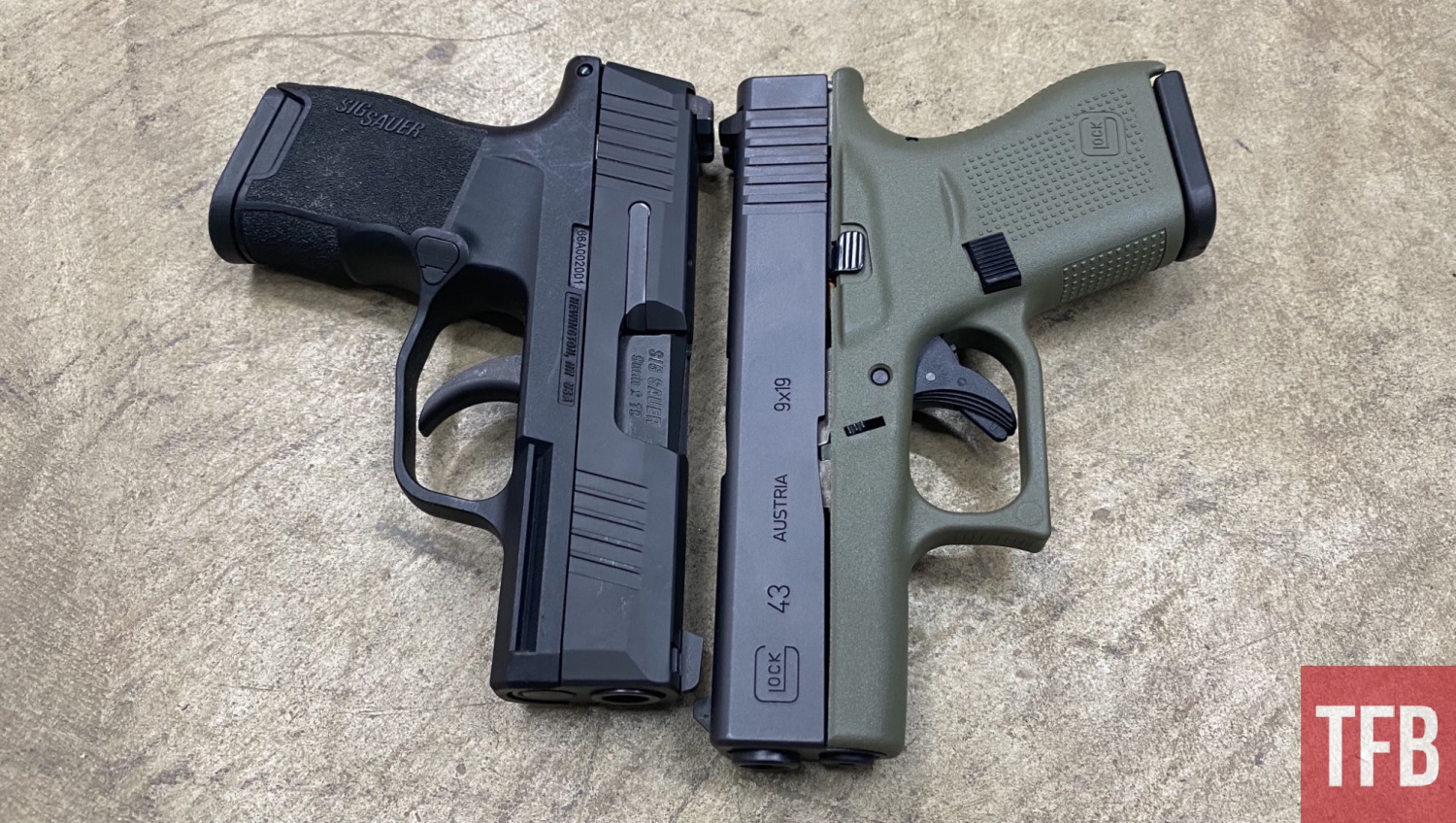 Carrying In A Purse

Carrying inside a purse is a relatively popular thing to do for women who are starting off. It seems like a great idea since it’s always with them and has plenty of space typically for a small handgun. The biggest issue with carrying a handgun in your purse is it’s much easier to get away from you or fall into the hands of someone because of theft. I never like keeping a firearm in a bag that can be tied to things with a monetary value. Purses will typically have a wallet in it which contains cards and cash so it becomes an easy target for a purse snatcher or thief. Putting a handgun inside the purse only makes it more complicated if your purse is stolen and could have been avoided if you have the handgun on your body instead of inside the purse. 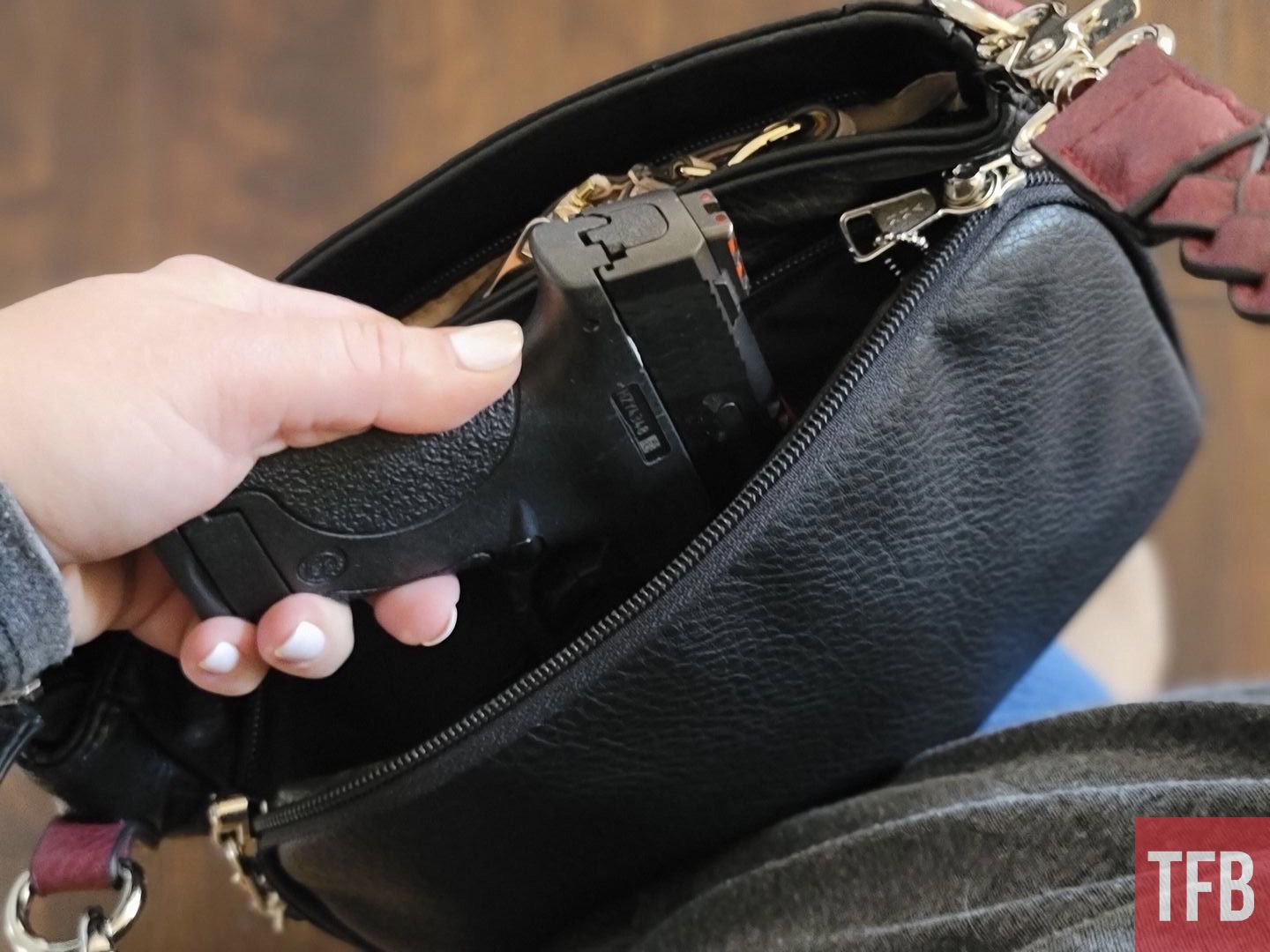 If I had to give one piece of advice, it would be to be careful mixing valuables and your firearm in case you are ever targeted by a purse snatcher. It’s an extra risk that doesn’t necessarily need to happen. If you absolutely have to carry inside a purse, there are a number of carry-themed purses to choose from that have specific areas for firearms. It’s important to separate your firearm from other items so it doesn’t get buried by other items and has its own area. This makes training and drawing from the purse more consistent in case of an emergency. There are a ton of different purses on the market and my best advice is to do your research and look for a purse that will best fit your lifestyle. 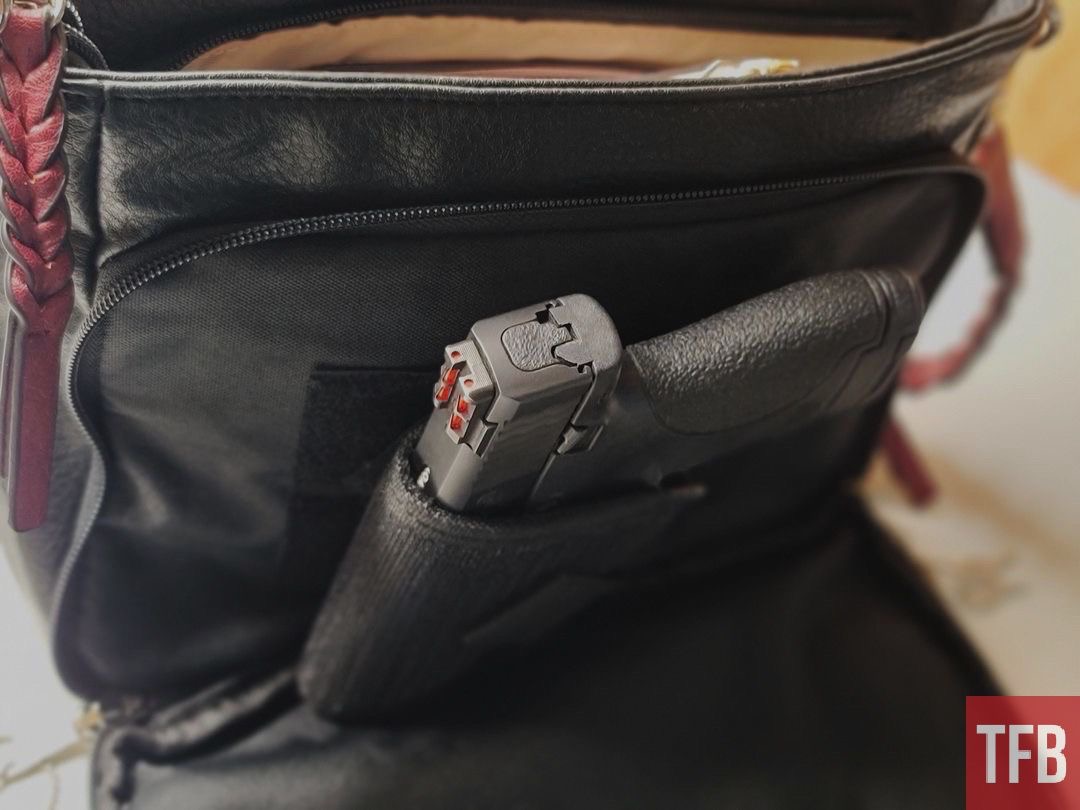 When we look at carrying a concealed firearm, we oftentimes strictly think about gear and styles for men and don’t often talk about what women have to do. I think it’s important especially in today’s social climate to include as many people who want to find a way to protect themselves. Lately, I have heard countless times how women don’t feel welcome in the gun community and have a hard time learning without various people telling them what to do. I think it’s important to encourage women to find what fits their life best their lifestyle and body structure.

Let me know what you guys think and about your experiences with your wife or female friends carrying a concealed firearm. Were there horror stories about people putting the wrong gun in their hands to start out? I’d love to hear more in the comments below so feel free to tell me your experiences below. If you have any questions, feel free to shoot me a message on Instagram @fridgeoperator. Stay safe out there! 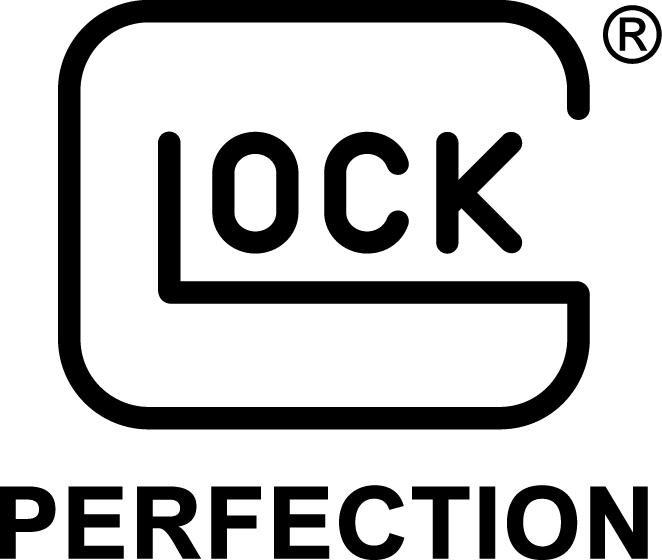