FN America have announced the introduction of their first-ever .22LR pistol, the FN 502 Tactical. The optics-ready, hammer-fired 502 Tactical feeds from a 15 round magazine and is modelled after the FN 509 and has a 4.6-inch threaded barrel. The new FN .22 comes in black or FDE and has an MSRP of $499.00. 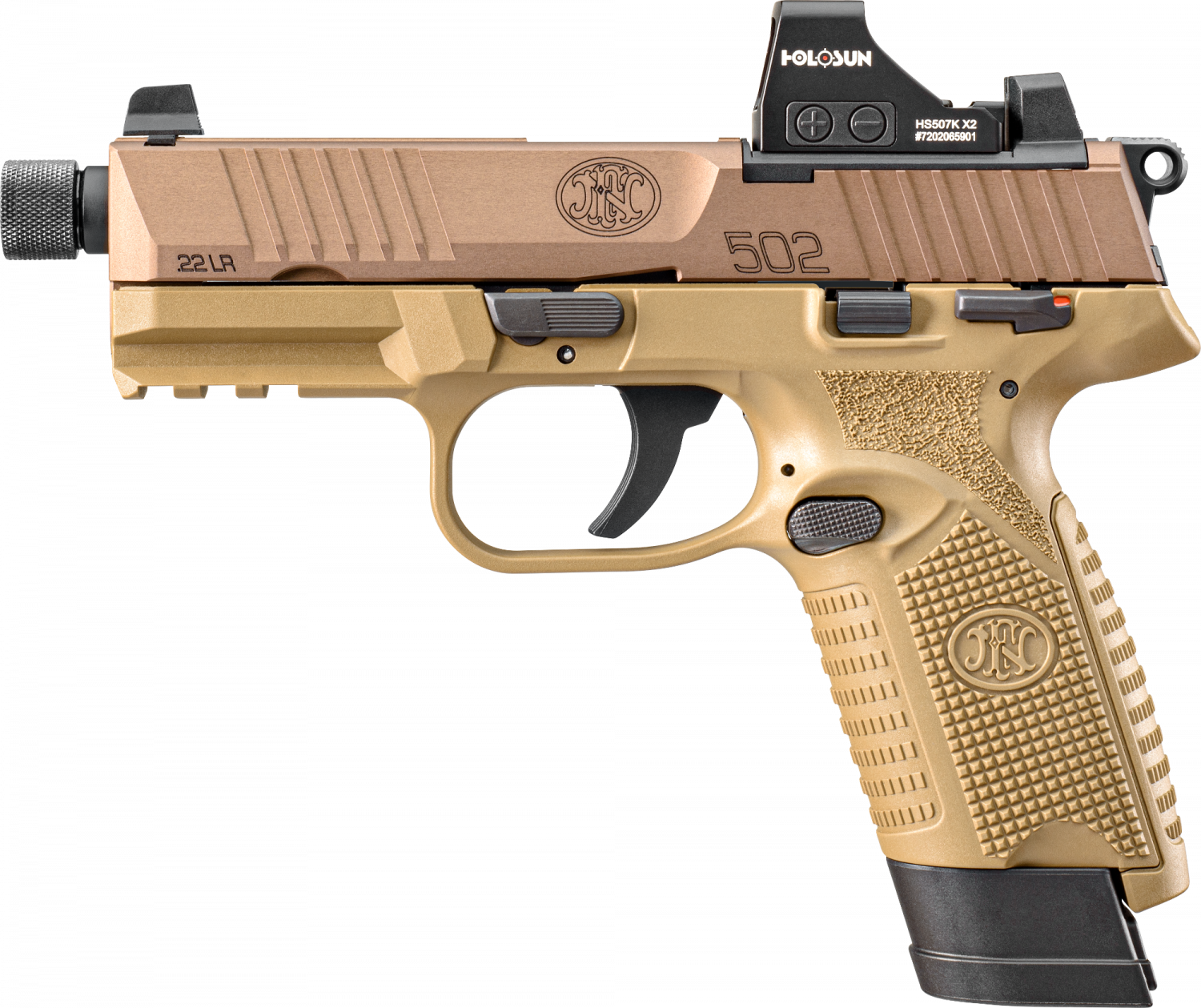 “We set out to accomplish two primary goals with the FN 502 Tactical – to create a .22 LR pistol with the advanced features and superior accuracy of our current pistol line-up, and deliver a pistol designed for maximum fun on the range. We feel like we’ve met both of these objectives handily,” said Mark Cherpes, President and CEO for FN America, LLC. “When a customer shoots an FN 502 Tactical for the first time, we’ve seen nothing but pure excitement. FN’s new rimfire handgun has obvious, universal appeal, whether you’re a new shooter looking to master the basics or an advanced user expecting peak performance from FN. The new FN 502 Tactical performs on every level.”

The smooth, single-action hammer-fired pistol with its best-in-class trigger combined with its high-capacity 15-round magazine, superior ergonomics, perfect balance and ambidextrous controls, all a nod to the FN 509® family of pistols, make the FN 502 Tactical perfect for high round count training sessions.

“FN constantly studies the market to fill unmet customer needs and saw a large gap to fill with our new semi-auto rimfire handgun,” said Chris Cole, Vice President, Sales & Marketing at FN America, LLC. “Most rimfire handguns in this category are smaller, lack capacity and accuracy enablers. With the FN 502 Tactical, we applied the standout features of the FN 509 Tactical to this new rimfire to deliver a shooting experience unlike any other .22 LR handgun. With an exceptional trigger, 15-round magazine and the ability to quickly mount most micro red dots or suppressors, the FN 502 Tactical is the most capable rimfire pistol right out of the box.”

Sporting FN’s signature Tactical feature set, the pistol’s 4.6-inch barrel with recessed target-crown is threaded 1/2×28-inch pitch to accept most .22 suppressors. The FN 502 Tactical performs like a robust-style target pistol, delivering fast, accurate rounds on target with more versatility than any other rimfire on the market.

The FN 502 Tactical, shipping to FN authorized retailers now, comes standard in a hard case with (1) 15-round high-capacity magazine and (1) 10-round flush-fit magazine along with the necessary plates to mount compatible miniature red dot optics. Due to its similarity in ergonomics to the FN 509, the FN 502 Tactical will fit in most FN 509 Tactical holsters. 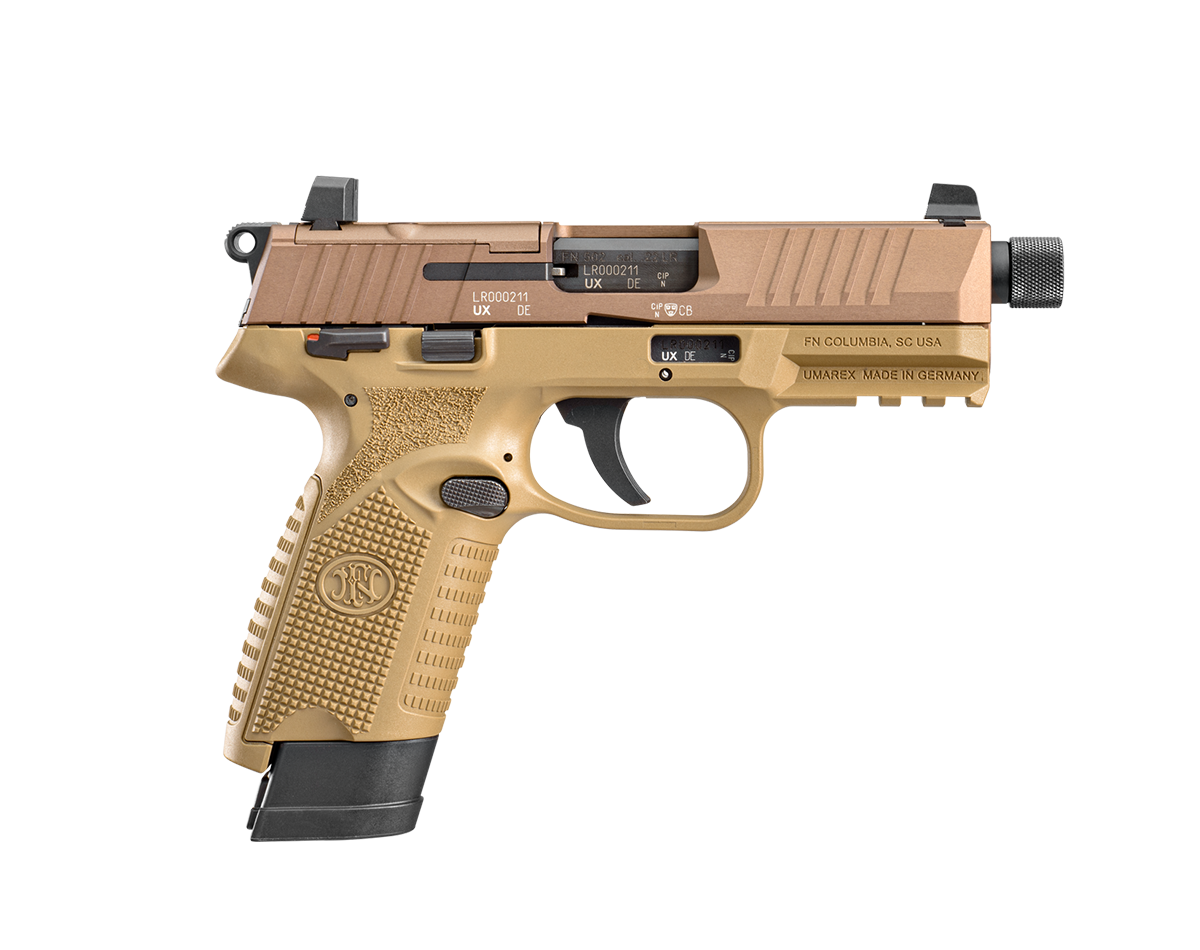 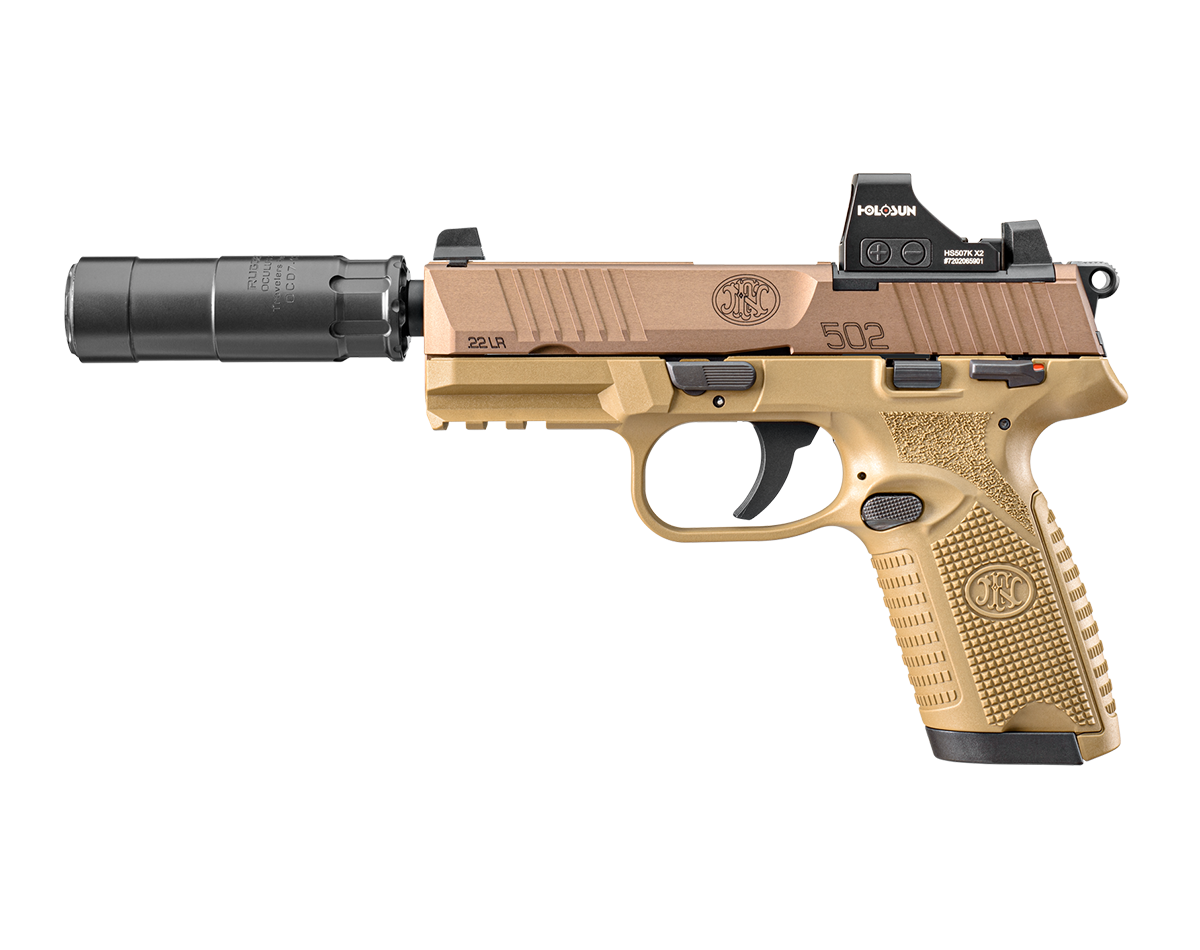 Find out more about the FN 502 Tactical at www.fnamerica.com/502tactical.