If there was a French version of the movie Apocalypse Now (1979), perhaps this would be one of the scenes. I guess the action of the FAMAS wouldn’t rock any kind of canoe, but I wonder how much the recoil of that machine gun would make the boat go in the opposite direction? In this Photo Of The Day, we can see the machine guns of France in action.

Full caption below (machine-translated from French):

As part of the operational preparation of the Armed Forces in Guyana (FAG), the CEFE welcomed around twenty interns from the two land regiments of the FAG (3e REI and 9e RIMa).

The purpose of this course is to train infantry group leaders deployed in the equatorial environment. During the three weeks of training, the non-commissioned officers and master corporals learned and adopted the multiple combat techniques in the jungle and the river crossing methods, so useful in this particularly humid environment where water points are frequent. .

Constantly put in a state of fatigue to test their psychological resilience and their ability to command, even in difficult situations, the trainees surpassed themselves individually and collectively to succeed in going through the trials and winning this famous badge so coveted.

The course ended at the Place d’Armes in Quartier Forget, under the chairmanship of the 3rd REI chief of staff, with the traditional award ceremony. Congratulations to all the new OCELOTS!

Did you see the quote “Constantly put in a state of fatigue” – anyone reading this that remembers being in service?

Outside of competition, I sure wouldn’t mind running around competing with the FN Minimi. I missed, but I had a lot of fun. 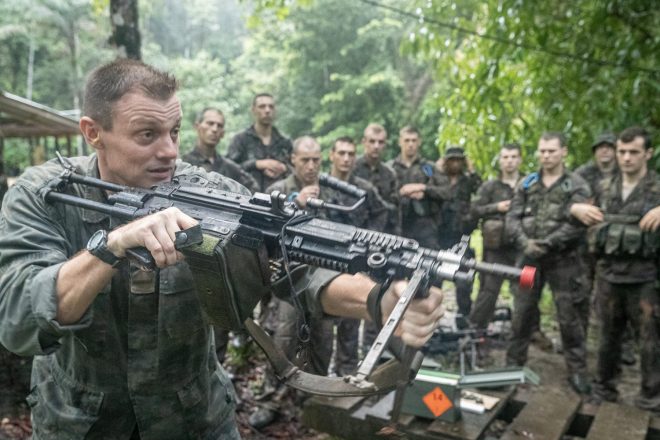 Above: Bipods can be used for many things.