Photo Of The Day and we go back in history a few years. We’re looking at Syrian Democratic Forces soldiers providing security during a simulated patrol mission in the Deir ez-Zor province, in Syria, 2018. As you can see in the following pictures, they’re all equipped with various Kalashnikovs.

A Syrian Democratic Forces soldier fires a Kalashnikov AK-47 rifle during weapons training at a range in Deir ez-Zor province, Syria, Nov. 29, 2018. Continued assistance to partner forces is essential to setting conditions for regional stability. The Coalition and its partners remain united and resolved to prevent the resurgence of ISIS and its violent extremist ideology.

Notice the lack of any kind of hearing protection. 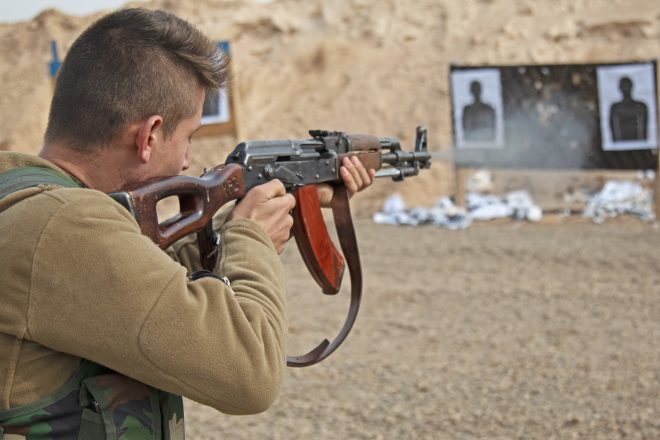 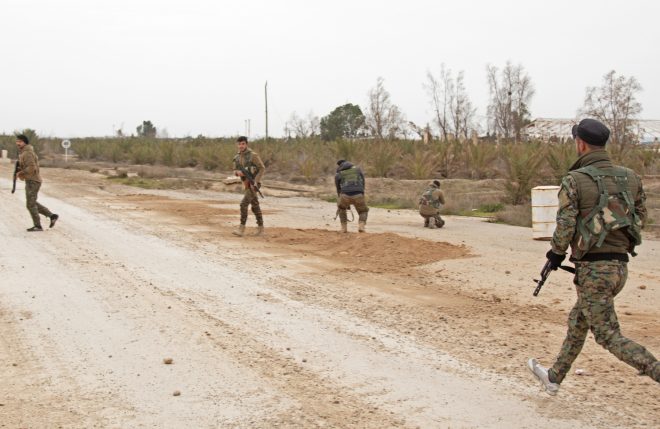 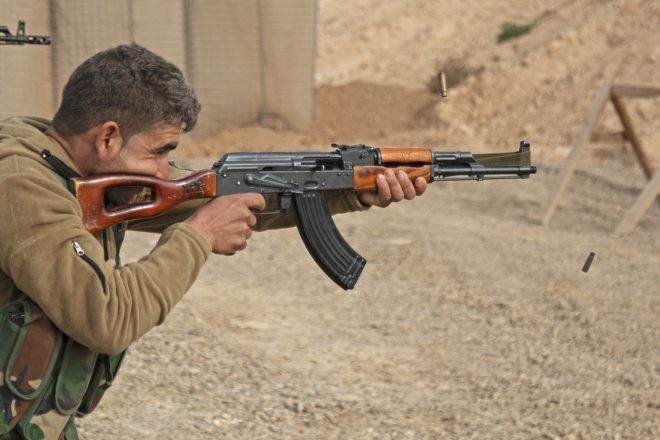 Each day a different image from the World of firearms. We call this POTD, short for Photo Of The Day, and it’s our daily article series where we go to great lengths trying to find the most interesting pictures for you out there.