We’re used to Cerakoted firearms in all sorts of colors these days, but the Military uses mainly black, FDE or green ones. In our Photo Of The Day, we have an exception, the French orange Heckler & Koch HK416F for training. This version comes with a blank firing device and 3 magazines in yellow, to differentiate them and facilitate instruction. 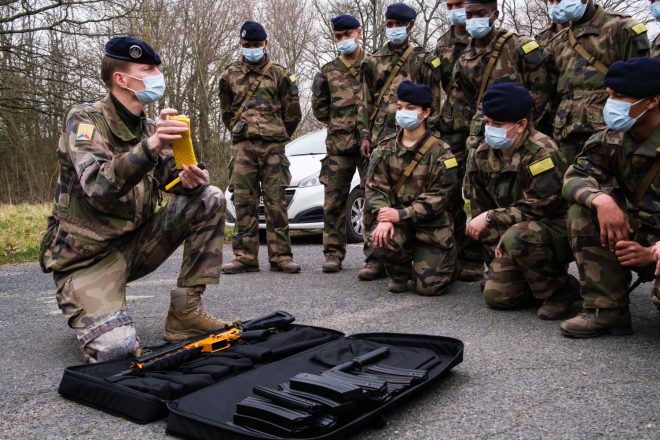 For more on the subject check these articles out: French Army Adopt Airsoft HK416F-S For Training, Combat Corps à Corps with Bayonets on HK416Fs and Civilian versions of the HK416F – MR223 F-S and MR223 F-C destined for France only.