Last year, Brownells dropped their new Gen 2 version of the BRN-180 upper receiver onto the market. They came out with both shorter barrel variants as well as an option for .300 Blackout. Every time I saw the new BRN-180 Gen 2 upper, it piqued my curiosity and after a while, I decided to pick up one and put it through its paces. I’ve had the BRN-180 for a couple months now and put a decent amount of ammo through it, even with this crazy ammo crunch. Let’s dive deeper into Brownells BRN-180 Gen 2 Upper Receiver.

When ordering the upper receiver from Brownells, they had a few different options but the stock was low so my two choices for uppers were the 16″ model in 5.56 or a 10.5″ upper chambered in .300 Blackout. Don’t get me wrong, I absolutely love .300 Blackout and its capabilities, but for the review, I really wanted 5.56 since it’s a bit cheaper to shoot right now. My 16″ upper receiver came with a 1/8 twist barrel that has a retro-looking three-prong flash hider. The big party piece of the BRN-180 is having a short-stroke piston system as well as the recoil system incorporated into the upper receiver. 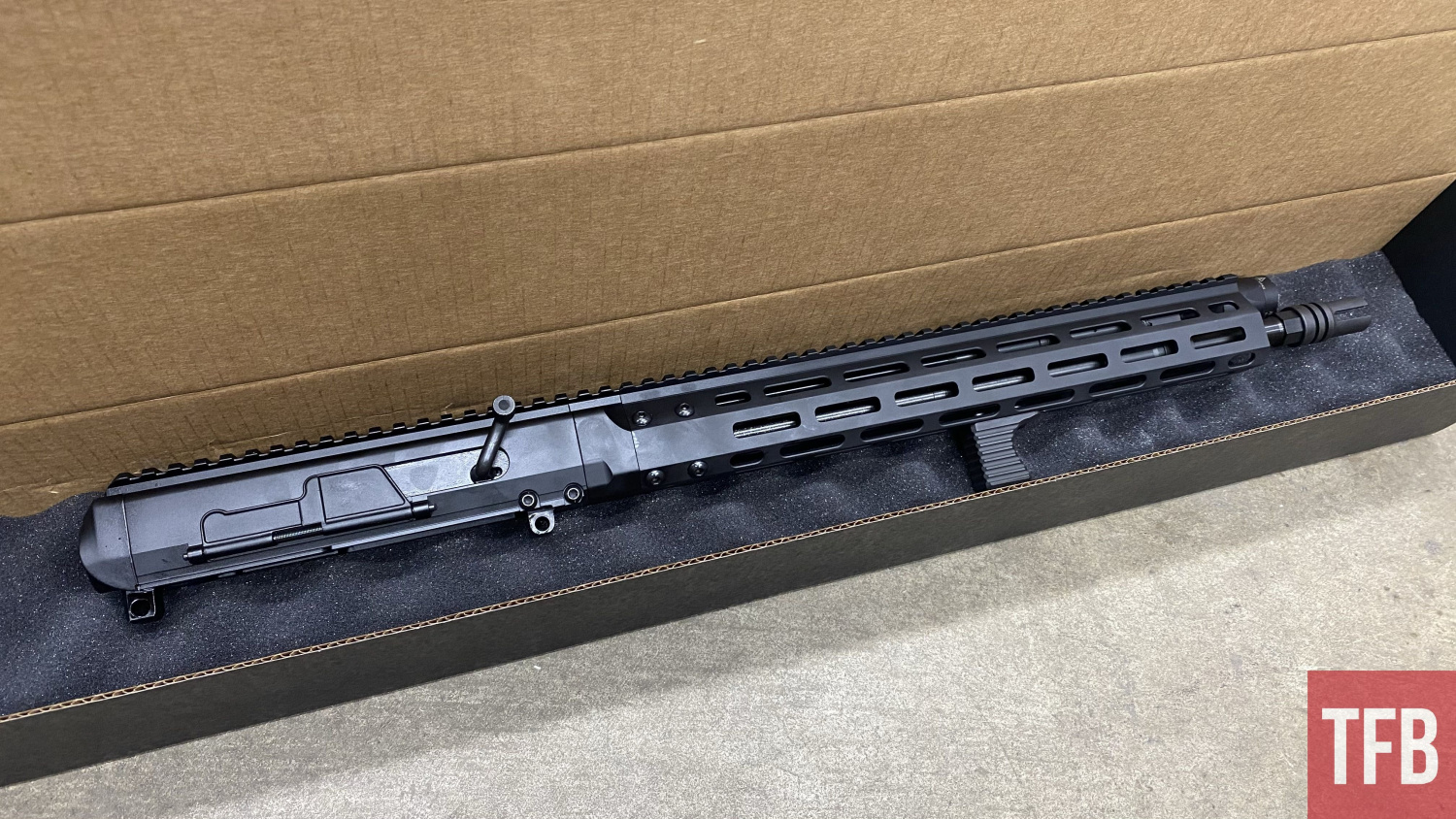 The really unique part of this rifle is the ability to throw a side folding stock on it which can really give you a different look from a standard AR-15 type rifle. Towards the end of testing, I put on a different muzzle device to use a suppressor. The BRN-180 Gen 2 upper is a perfect suppressor host with a short-stroke piston as well as an adjustable gas block. For my rifle, I ended up using a standard AR lower with a Lage MFG folding stock that was designed for an MPX. The stock didn’t fit the adapter I used right out of the gate but with a little love, it fits great now. The BRN-180 Upper Receiver’s price is $899.99 and can be purchased at Brownells. 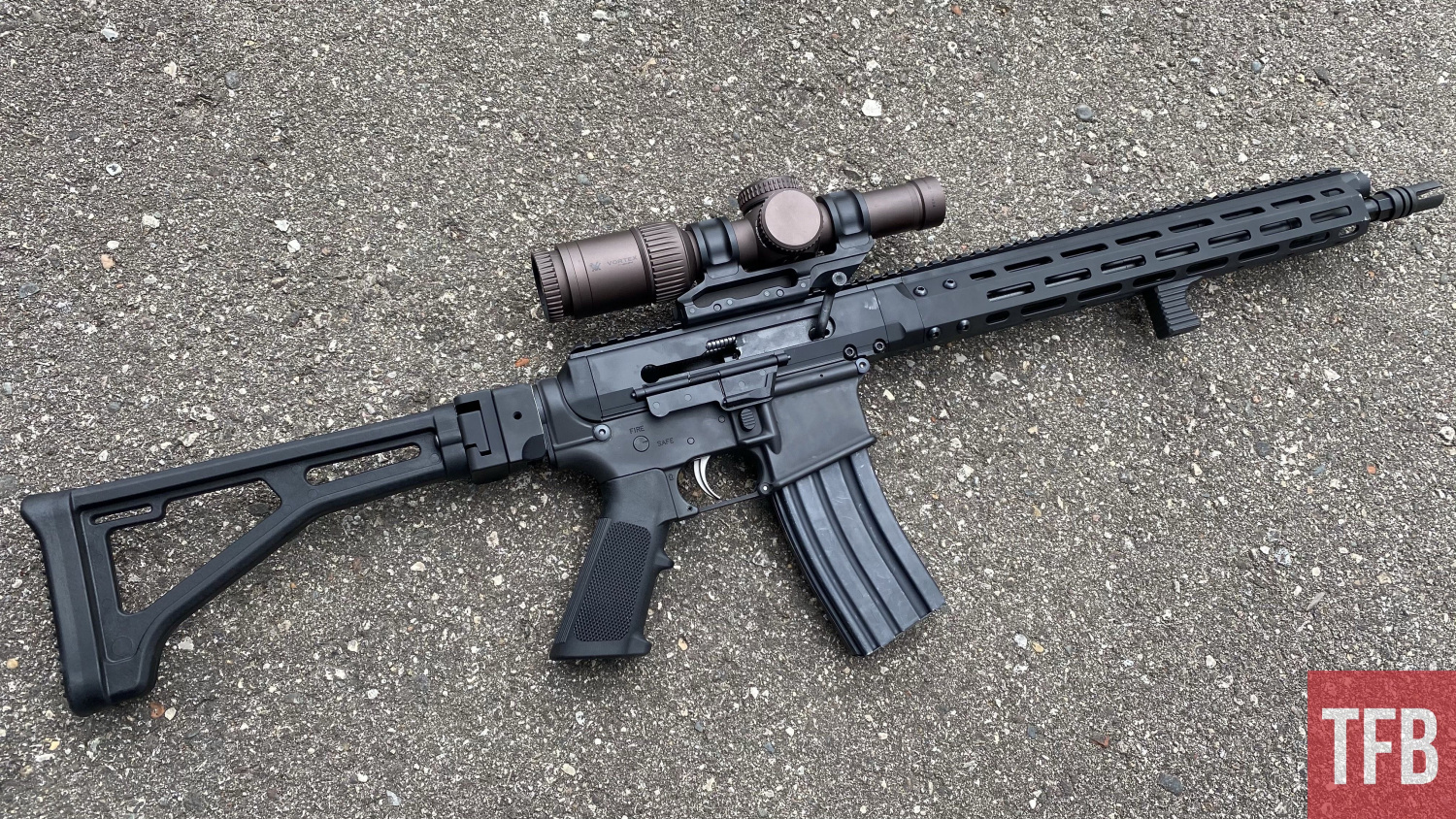 I’ve taken my BRN-180 rifle out a total of about 7 range trips all ranging from snow, freezing rain, to hot sunny days. For my testing, I decided to put a Vortex Optics Razor Gen II 1-6×24 with a Scalarworks Leap mount. I also put a SureFire M300 light on it and called it good just to keep things simple and lightweight. In my first couple range sessions, I wanted to see how accurate the BRN-180 was at 100 yards, after 3 different 5-shot groups, I had an average of 1.25 MOA sized groups with the largest groups being 1.75 MOA using Wolf Gold 55gr ammo. I will be honest, at the beginning of testing, I was almost sure there would be more felt recoil with the dual springs being smaller and not as long as a traditional buffer system. 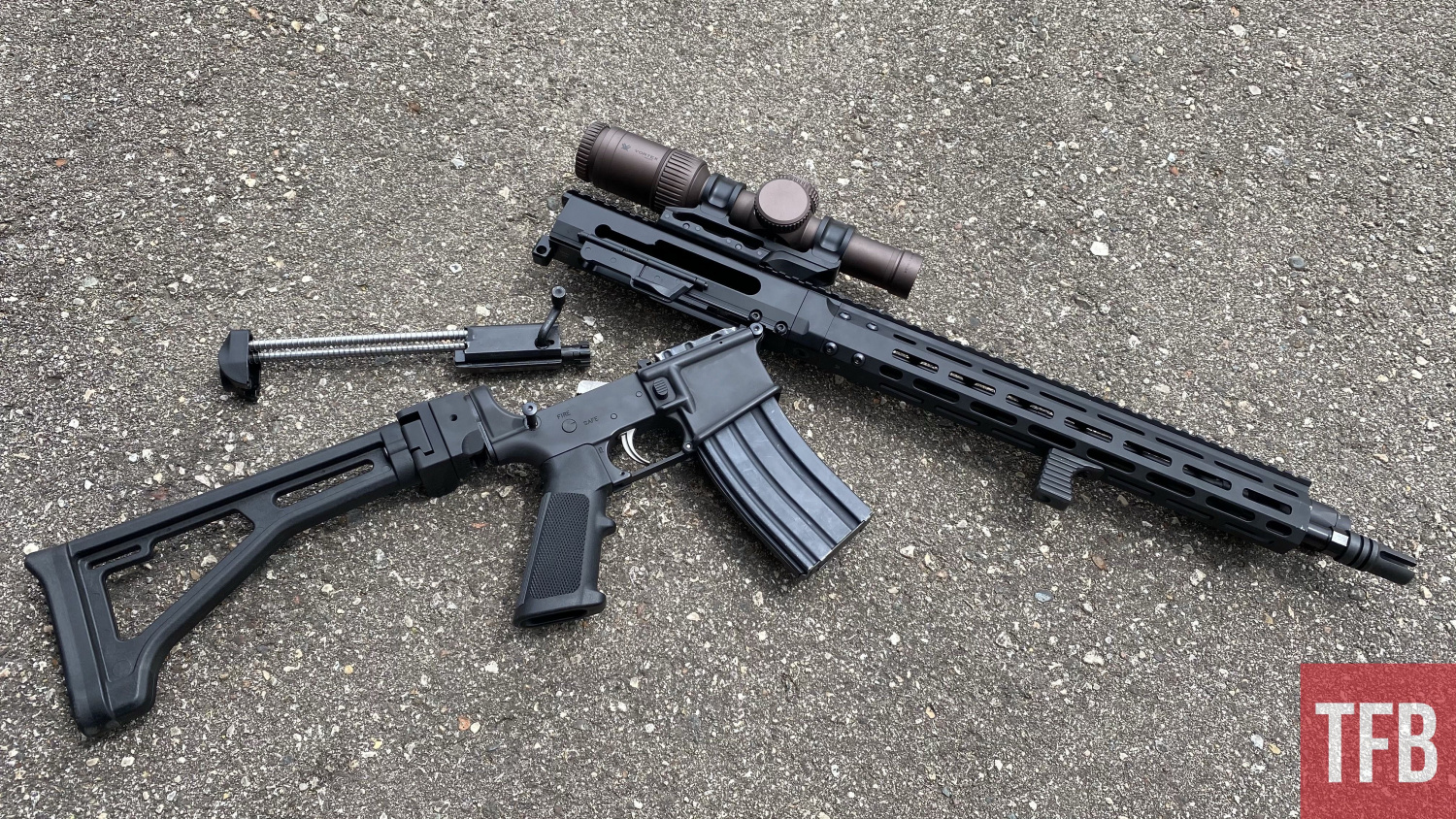 Luckily, I was immediately proven wrong and this has to be one of the smoothest shooting rifles I have shot lately. Combine that with the Lage MFG folding stock I modified and this is a very sturdy rifle that runs like a well-oiled machine. I really like that I can throw a suppressor on the end and adjust the gas block easily as well. One thing I was curious about was the added width on the upper receiver to accommodate the dual spring system, but after a few range sessions, I didn’t notice the width at all. This system feels very familiar with the AR15 lower and takes little to no work converting from shooting a standard AR. In total, I put roughly 2,400 rounds through the gun without a single malfunction. 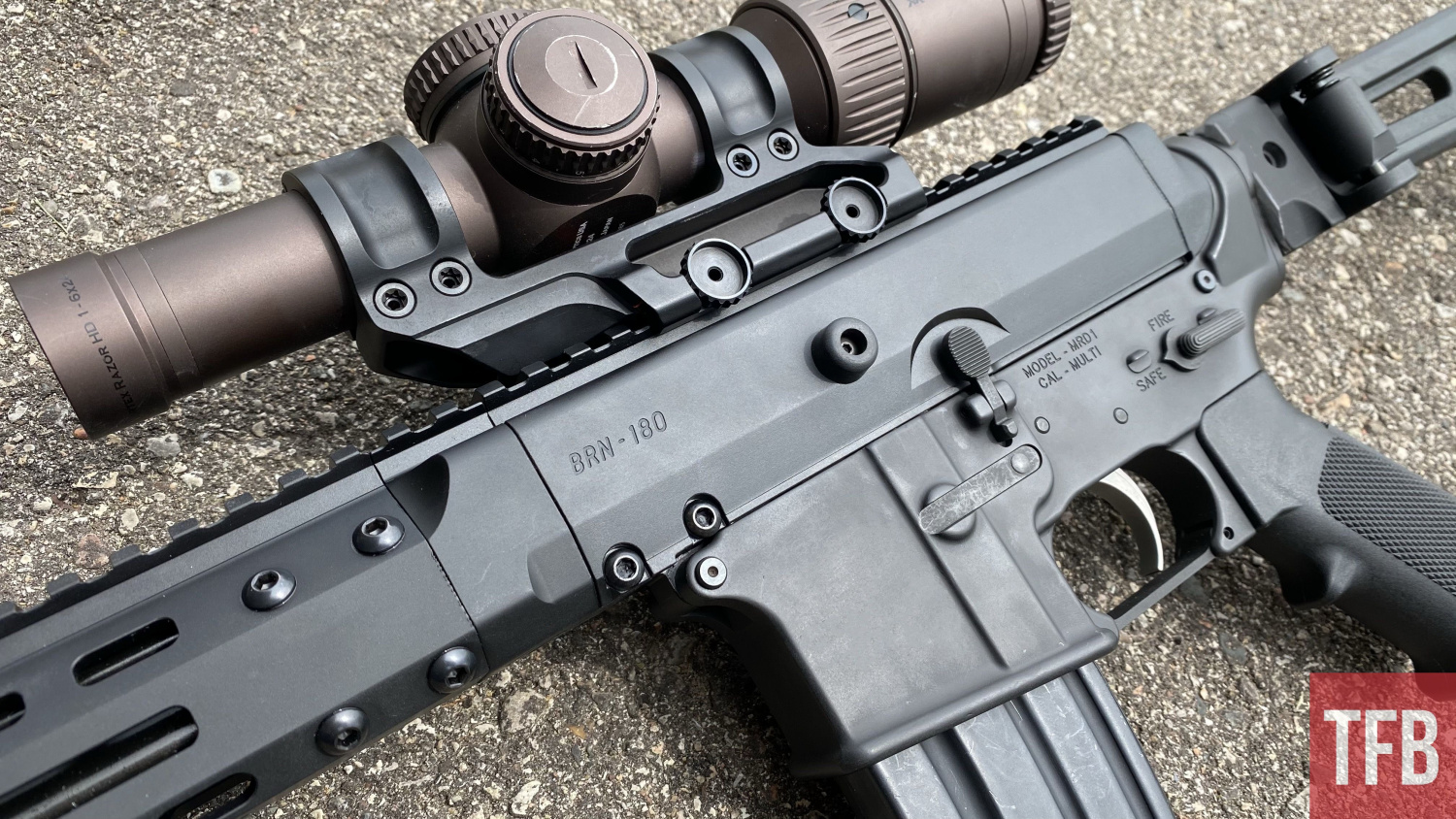 People talk about the MCX as being a revolutionary design, but lately, the MCX platform has been extremely difficult to get ahold of with demand skyrocketing and it’s substantially more expensive than the BRN-180. If you set it up a certain way, it can almost start to look like a modern variation of the FN FNC for a fraction of the price. I think we can all agree the AR market is fully saturated and it’s really a welcomed change to have something similar but very different on its own.

If you’re looking to spend $1,300-1,500 for a new rifle that is something different from an AR, I would really take a look at the BRN-180 Gen 2 upper receivers. It’s hard to beat the price for a short-stroke piston gun that’s begging to be suppressed and dressed up. I haven’t been impressed with a gun like this BRN-180 in a very long time and it was well worth the price I paid from Brownells to have a smooth shooting rifle. So after a few months of testing and a couple thousand rounds, I am happy to say this is one of the smoothest rifles I have built for myself. 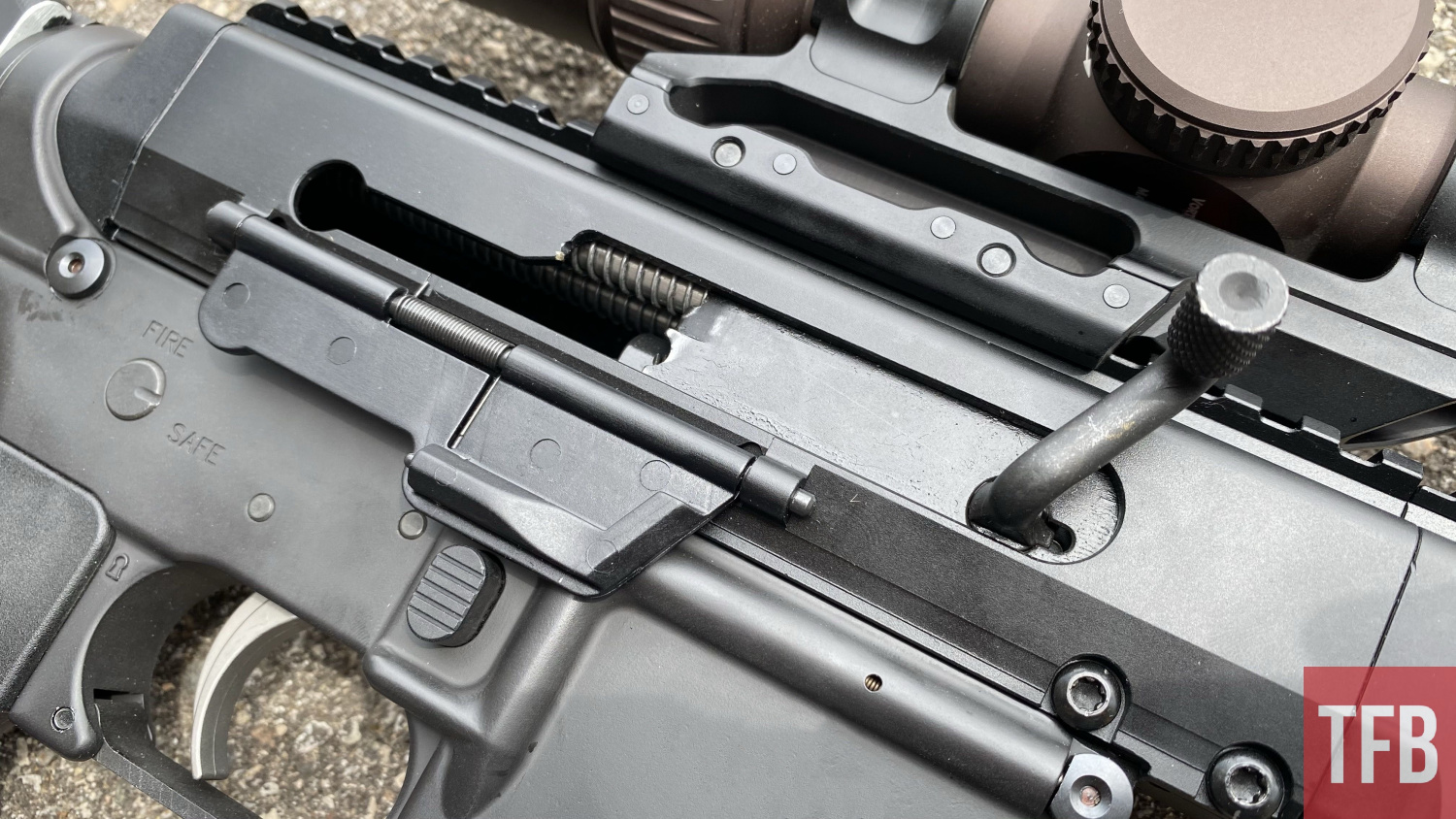 What do you guys think about the BRN-180 and its modernized return from the pages of history? Let me know in the comments below and if you have one I would love to hear what you think about it. If you guys have any questions on the BRN-180 or firearms in general, don’t hesitate to reach out and ask on my Instagram @fridgeoperator. Stay safe out there. 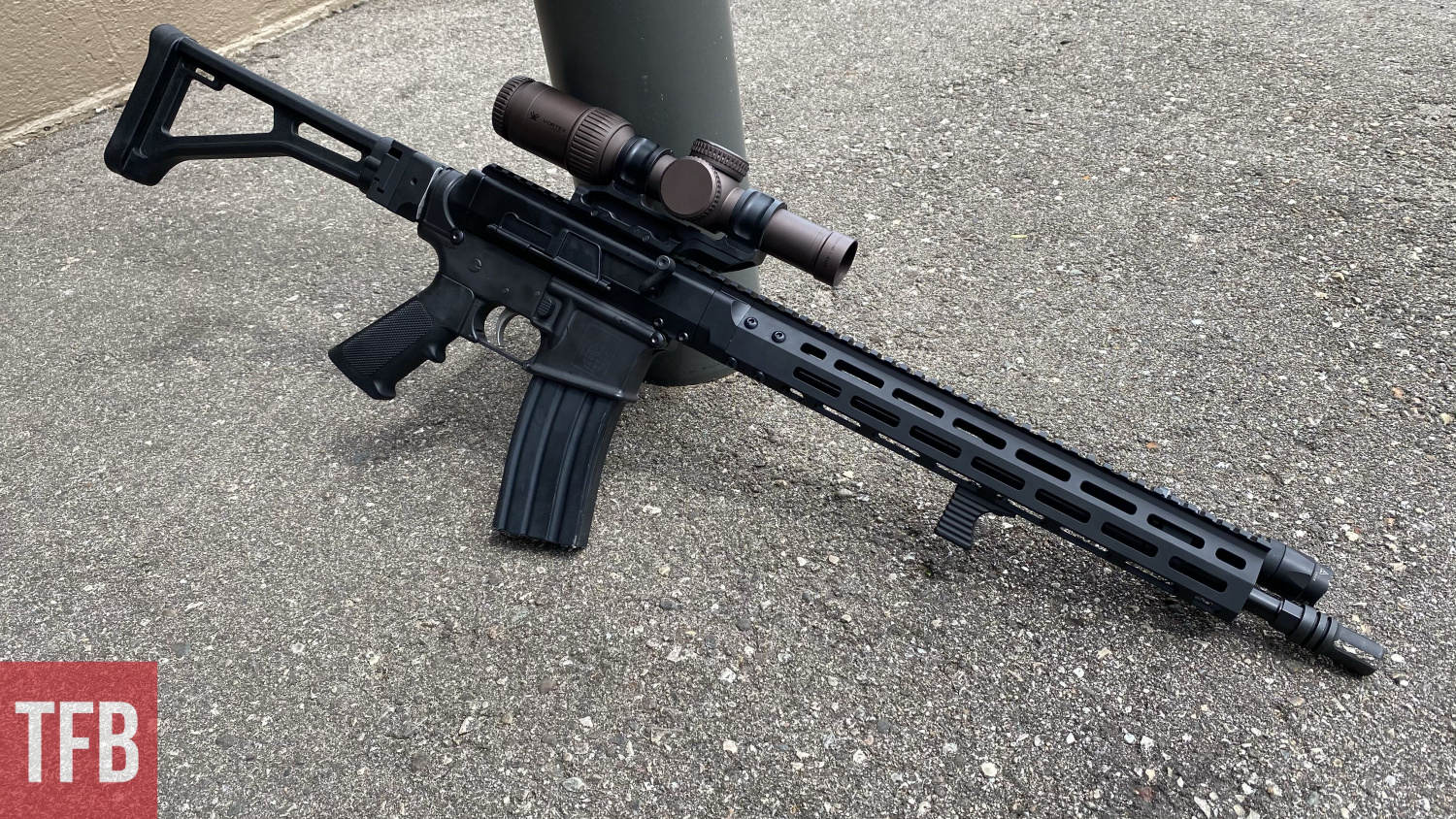 We are committed to finding, researching, and recommending the best products. We earn commissions from purchases you make using the retail links in our product reviews. Learn more about how this works. Source: https://www.thefirearmblog.com/blog/2021/05/20/tfb-review-brownells-brn-180-gen-2-upper/?utm_source=rss&utm_medium=rss&utm_campaign=rss