We all love a big boom. The thump of a .308 into your shoulder and the smack of a 175-grain chunk of metal on a steel target are thrilling. Sometimes, though, a large caliber is too much for the job. Small, swift, and effective, the .22 LR cartridge is a classic for a reason. Though it was designed in 1884, the effectiveness of the caliber for varmint control, teaching new shooters, and all-around fun is unmatched. I have a small game hunt coming up, so I picked up a Ruger American Rimfire in that favorite American caliber, the .22 Long Rifle. 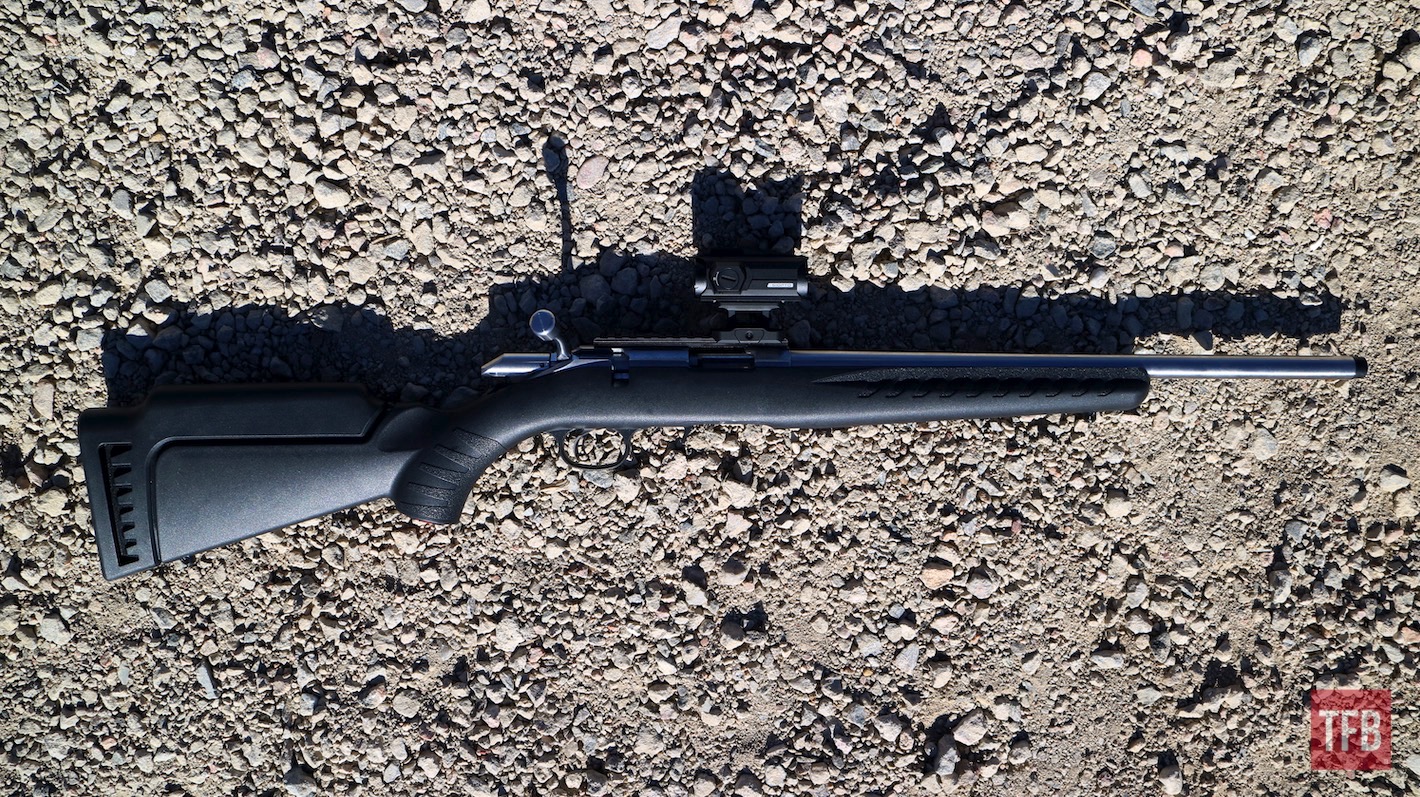 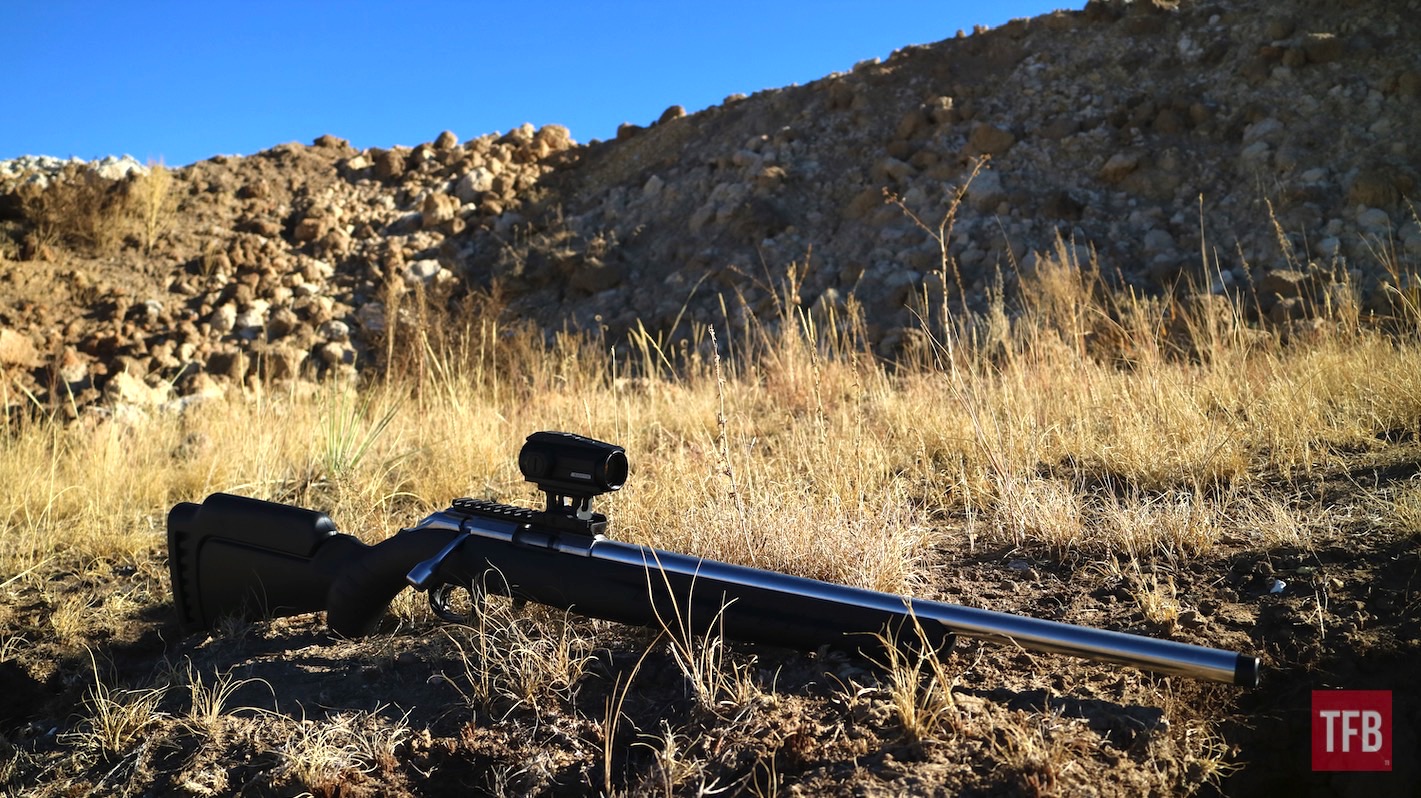 I chose this gun for a specific purpose. I’m going out this fall to hunt some grouse and rabbits. I wanted to make sure I used the right caliber and had a rifle that made accurate and repeatable hits, hence the bolt action. Eventually, I’d love to suppress it, which is why I’m so glad the barrel comes threaded 1/2″-28 from the factory. 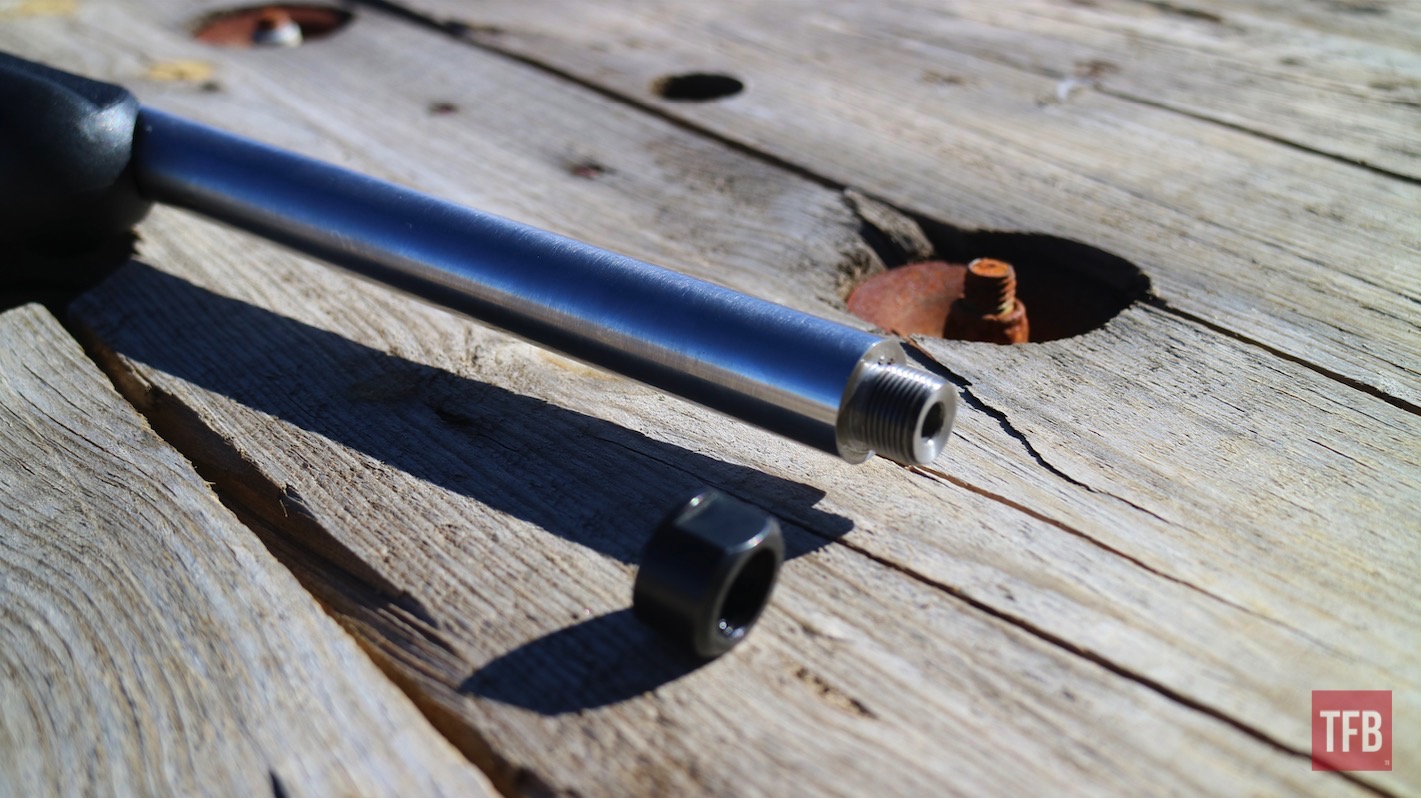 There’s nothing thrilling about a composite stock, but I appreciate the details that Ruger added to make this one a bit more special. The texture on the grip and forend are aggressive enough, but not overdone for a .22. Everything on the rifle is tightly fitted and passes the James Reeves Maraca Test with ease. The tang safety and action are smooth and positive. The short pull of the bolt threw me off a bit, as I’m used to longer actions, but I’ll get used to it. The bolt handle is large and beautifully crafted. 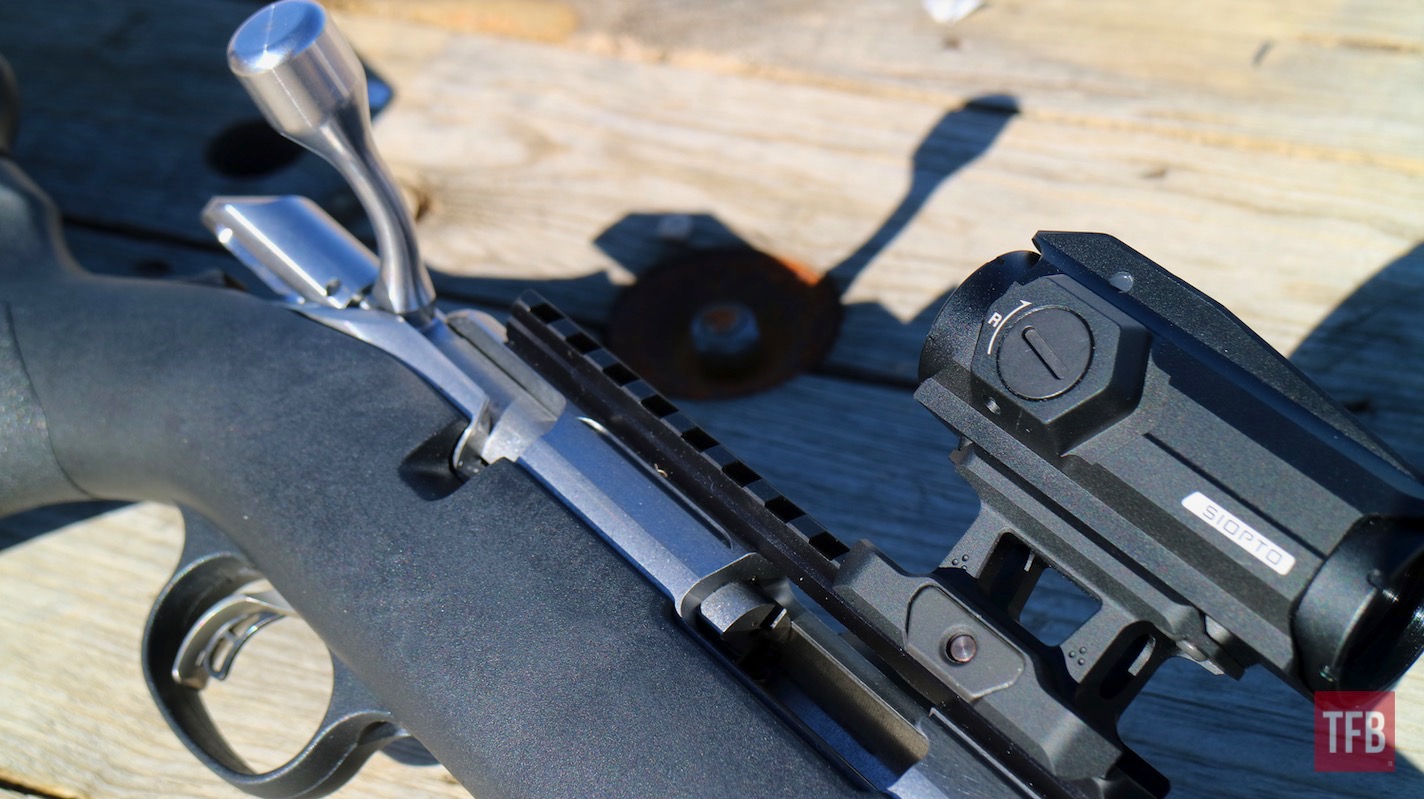 The gun comes with one (eye roll) of Ruger’s 10-round rotary magazines. I love that they’re the same mags used by the 10/22. If you already have a 10/22, you have plenty of magazines for your bolt gun, too. Dry firing the trigger felt good, and the blade isn’t stiff. I expect I’ll like it. 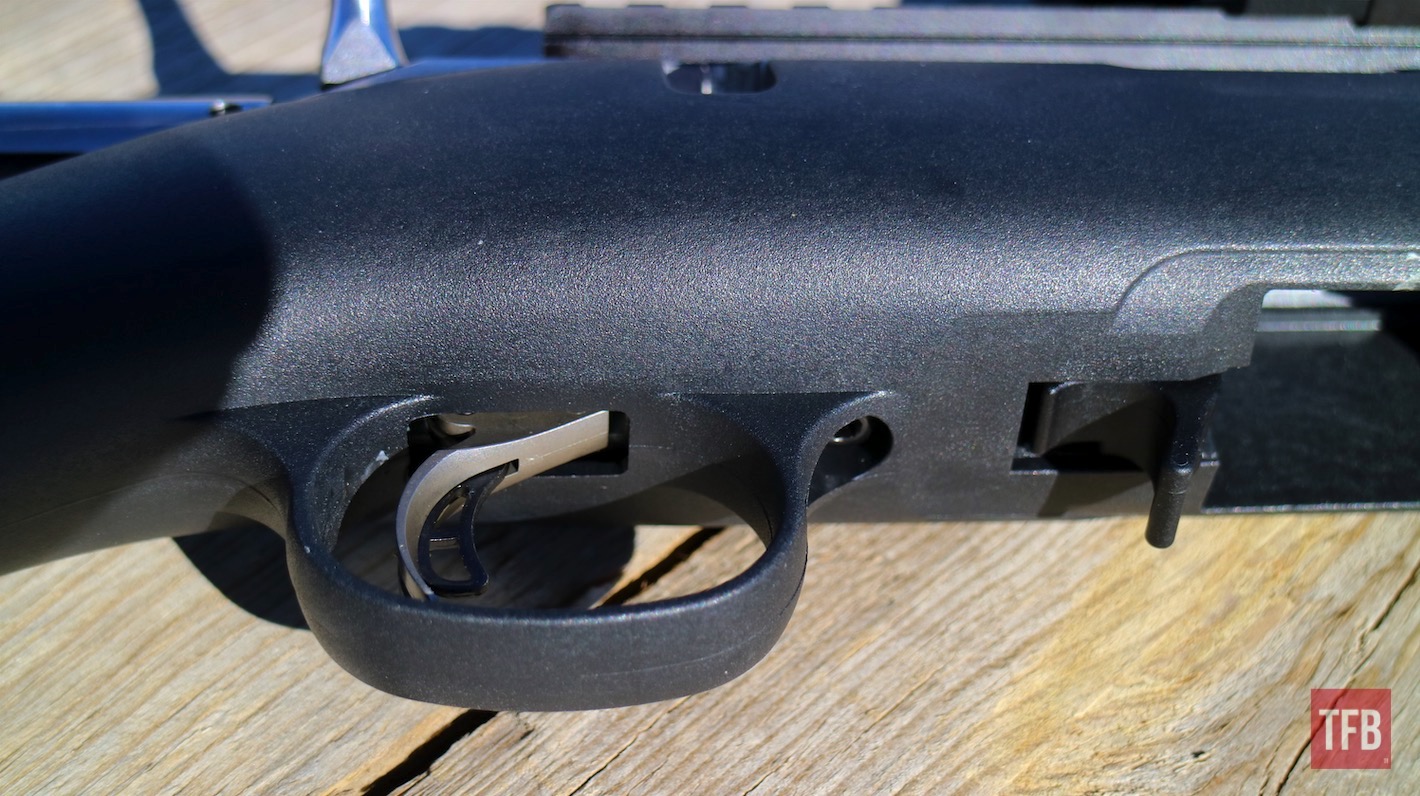 Putting It Through Its Paces 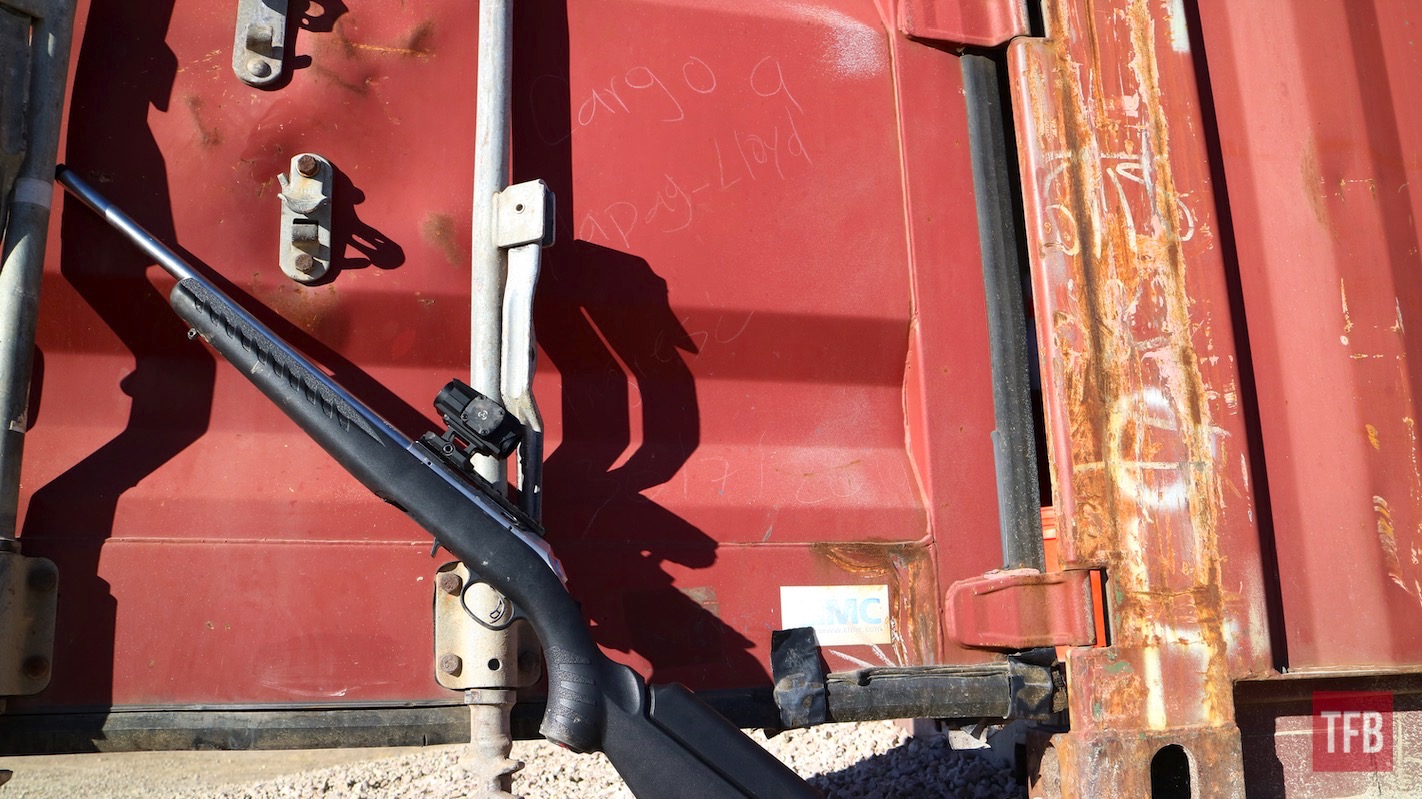 I topped the rifle with a Strike Industries SIOPTO SCOUTER red dot. Since the ultimate goal of this rifle is to take grouse and rabbits at under 50 yards, a red dot should be just fine. I will, however, be getting a lower mount. While this won’t affect my shooting too much on the range, I want to be able to get a proper cheek weld. I don’t need to be putting unnecessary holes in any animals. I’m sending 38 grains downrange, using Aguila copper plated super extra hollow points. After zeroing at 50 yards, I did some accuracy testing at 25. I was shooting supported but still only being able to get a chin weld. This is a 10 shot group. 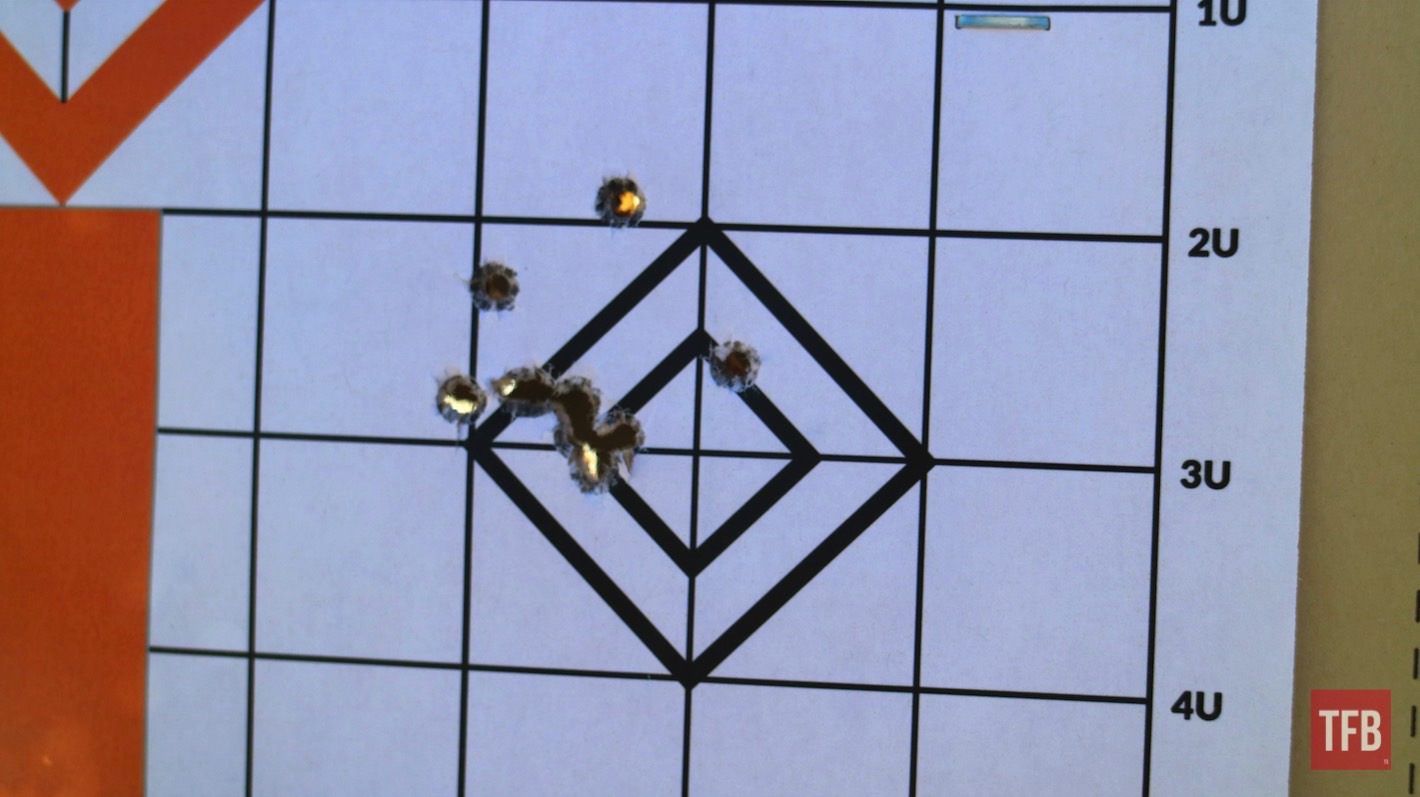 During this testing, and again a little later, the gun failed to extract. This first one was fixed just by running the bolt again, but the second one was stuck pretty good and had to be pried out. I don’t know if this was an issue with the rifle, the ammo, or the way I pulled the bolt back, but I thought it worthy of note. 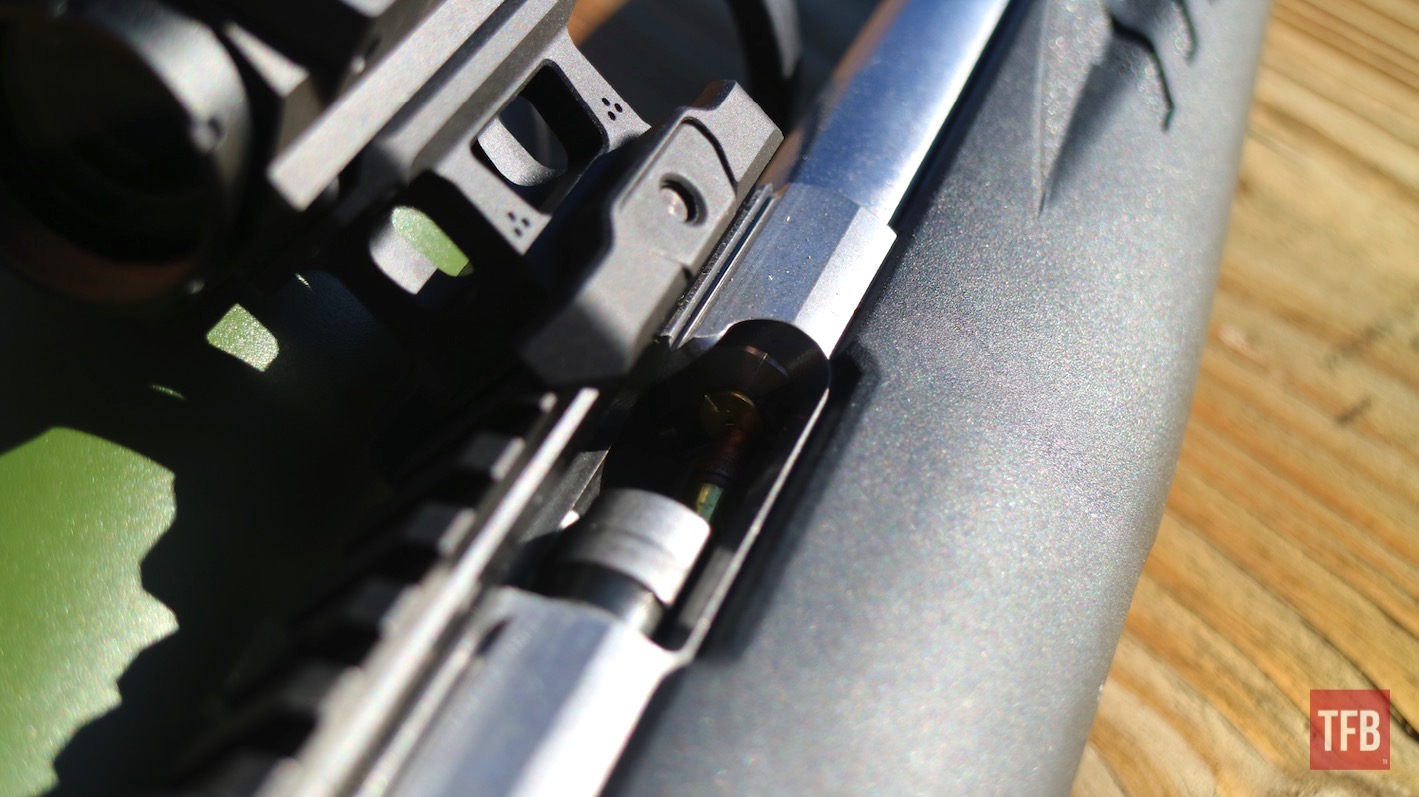 I’ve always wanted to run a mad minute. I’m sure someone will yell at me about the specifics of the one I did for this testing, but nobody cares. I set my timer for a minute and unleased. I did this twice. The first time I finished the first magazine, sloppily inserted another and got another four rounds off. On my second go, I emptied one mag, performed a much smoother reload, finished the second mag, and had three seconds to spare. Below are my hits. I tried my best to scribble out the accuracy testing group. 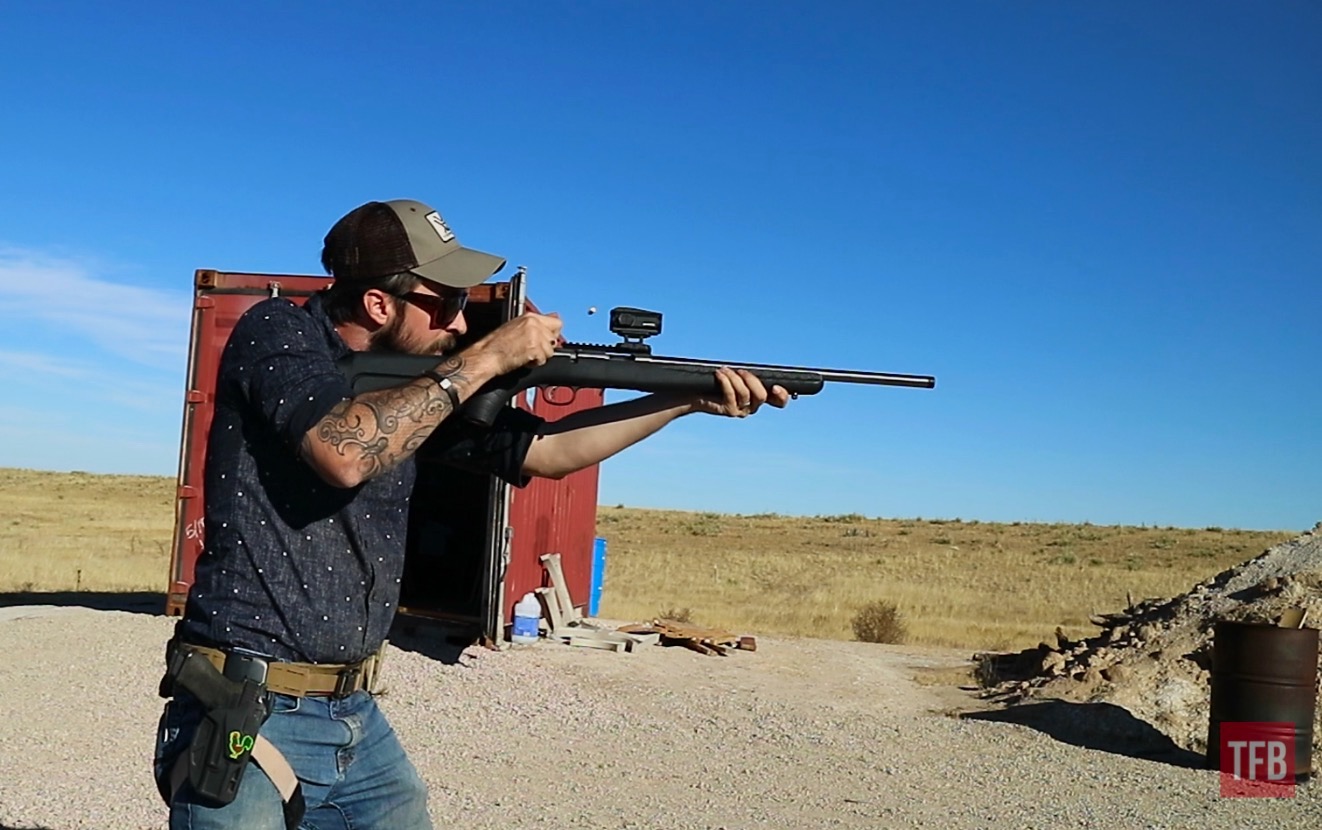 If these were shot at steel and accuracy was studied less critically, I think I would’ve heard a ding on all but maybe three of these. Considering I was shooting this traditional rifle with a more modern technique, I’m pretty happy with these results. I could’ve slowed down, but what’s “mad” about that? 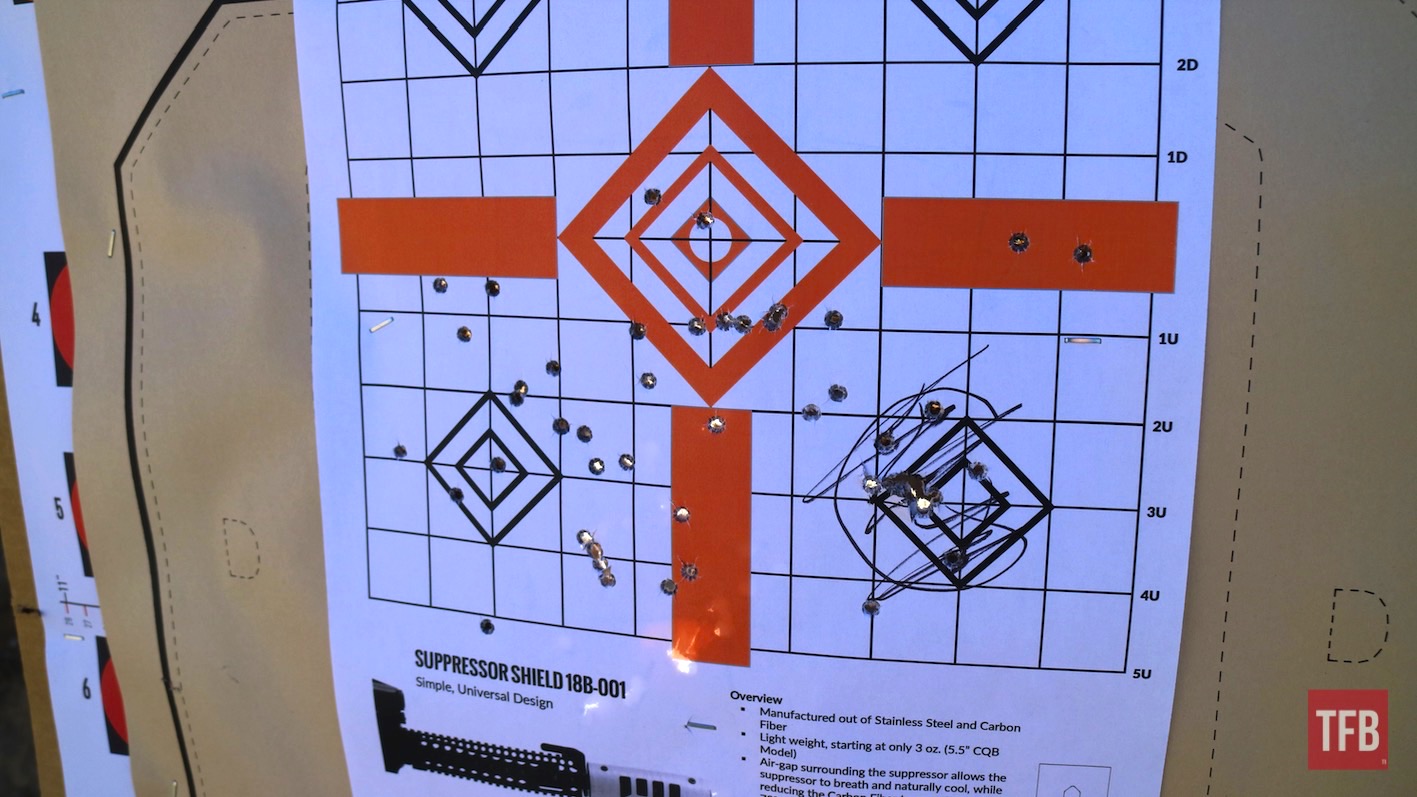 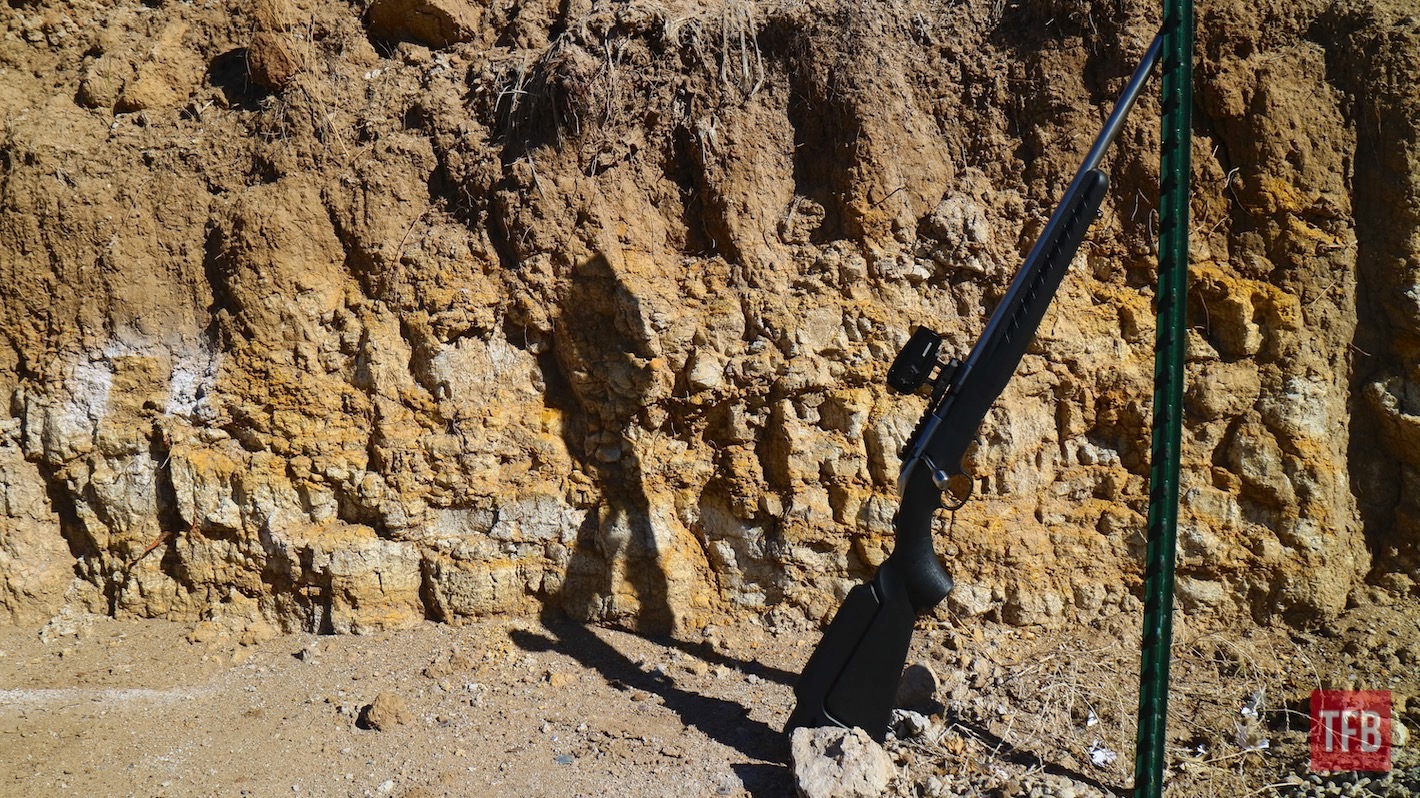 The bottom line is that the Ruger American Rimfire is very fun. The action never felt like it was binding, and it was so quiet that I forgot to put on my ear pro and didn’t realize it until a few magazines in. It shot very well for me with the Aguila ammo, and I think it’ll serve me well on my hunt. 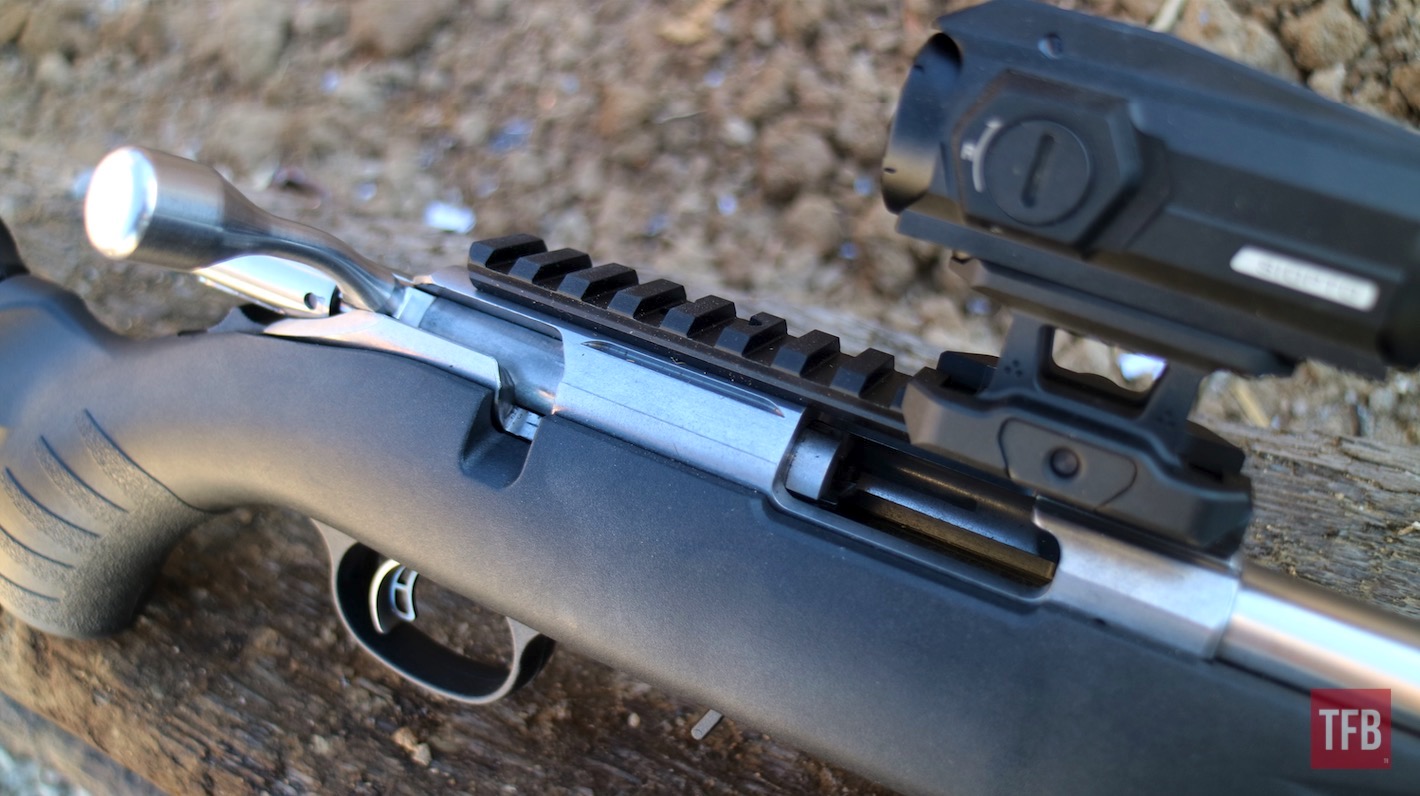 Accuracy on a rifle like this is the most important metric. The trigger was exactly what I hoped it would be. The blade didn’t feel like part of the trigger pull. It was more a reminder that I was pulling the trigger. Without it, I think it would be easy to send a round prematurely. The break is light, and it feels really good. I could shoot this thing all day and I have no doubt that a magnified optic would make it a one-hole rifle. 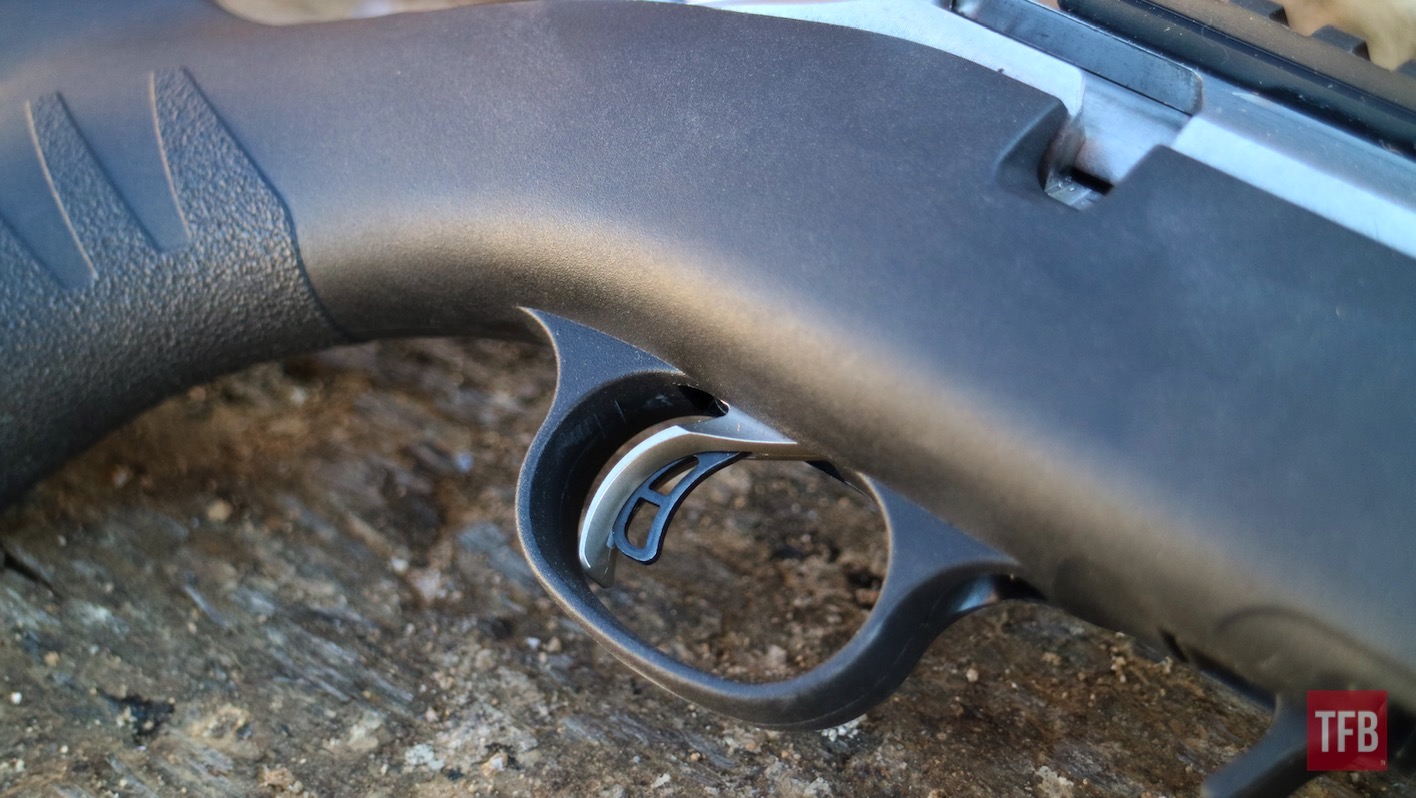 I’m so pleased with the way the Ruger American Rimfire performed, and as usual, a majority of the problems come from me. I’m not sure what happened with those two failures, but I’ll keep an eye out for the real cause of the problem. I plan to shoot this gun a lot more and I recommend trying one out if you’re in the market for a fairly priced, well-performing rimfire rifle. 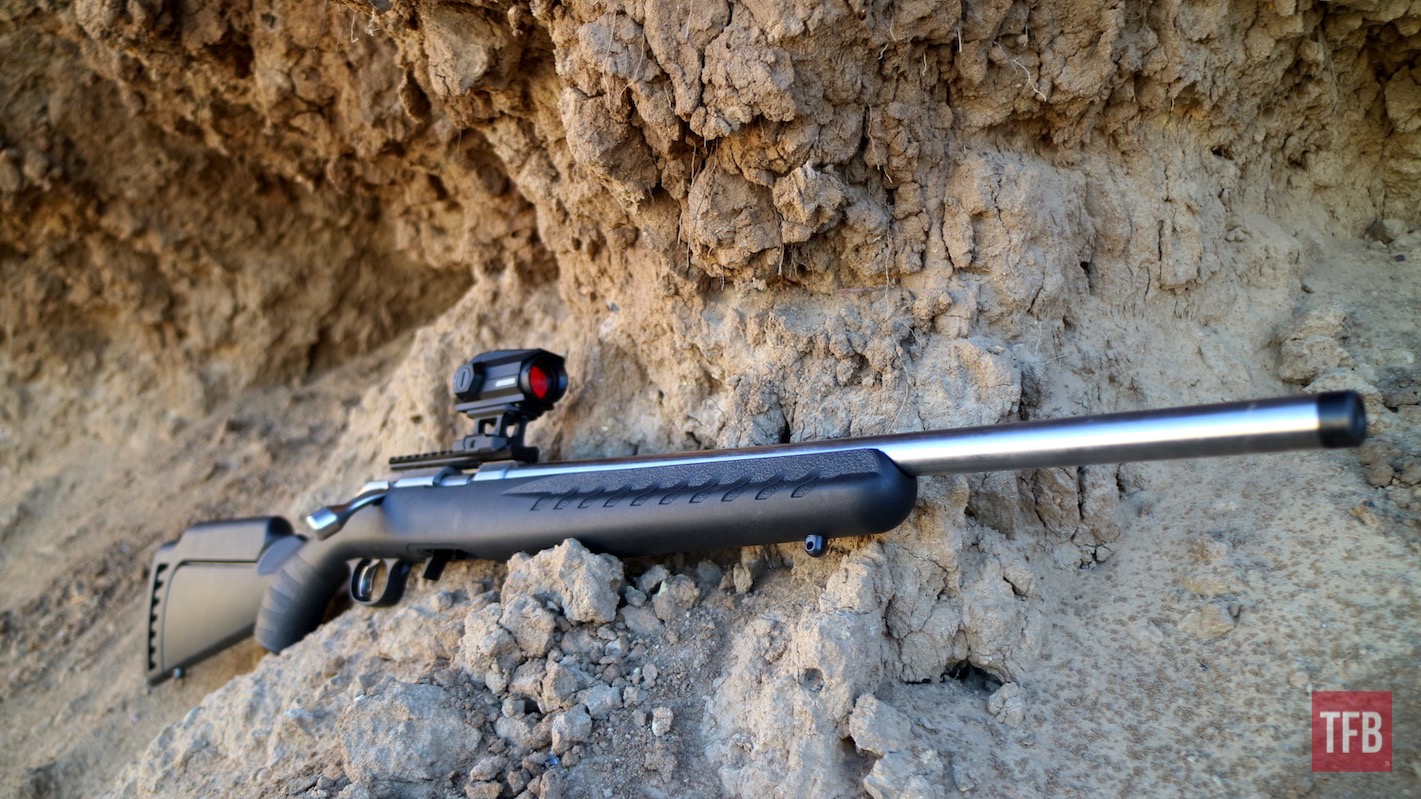 We are committed to finding, researching, and recommending the best products. We earn commissions from purchases you make using the retail links in our product reviews. Learn more about how this works. Source: https://www.thefirearmblog.com/blog/2021/11/03/tfb-review-ruger-american-rimfire/?utm_source=rss&utm_medium=rss&utm_campaign=rss