The Rimfire Report: Entry-Level PRS With the Ruger Precision Rimfire

Hello and welcome back to another edition of The Rimfire Report! This series is all about the rimfire firearm world, its guns, its competitions, its trends, ammunition, and quirks. This year was my Rimfire Precision Rifle Series debut. While I’m not a top competitor by any means, it’s safe to say that my first match had me addicted to the sport. After lots of observation, careful consideration, and a lot of online ogling of high-end precision rifles, I finally settled on my personal choice for my entry-level PRS rifle – The Ruger Precision Rimfire rifle. For this purpose, Ruger sent me out one for review and I got to testing the rifle to figure out what makes it a great choice for first-time Precision Rimfire Shooters and a few things that it perhaps leaves to be desired when compared to other options.

The Rimfire Report: Entry-Level PRS With the Ruger Precision Rimfire

With the growing popularity of the Precision Rifle Series, rimfire was an obvious choice for those that want to participate in the sport but didn’t have the investment ready for the much more costly centerfire PRS competition. Ruger’s answer to the sport’s need for an affordable precision bolt gun was the Ruger Precision Rimfire rifle. This entry-level PRS rifle has a lot of features right out of the box that makes it a great starting point for a rimfire PRS rifle. However, as you’ll see today, when paired with the right ammo I also happen to personally think that the Ruger Precision Rimfire also makes for a great long-range small game hunting implement. 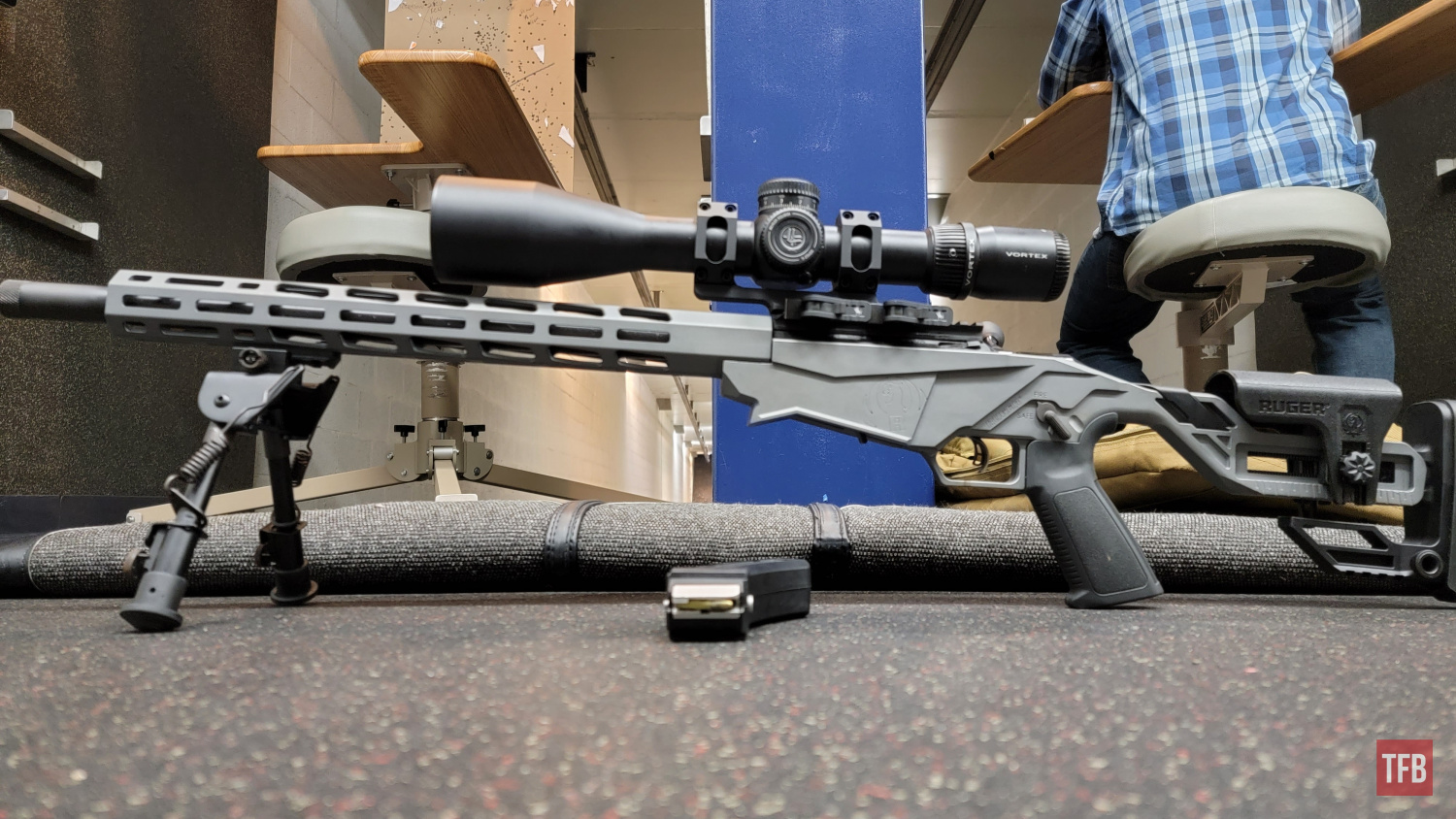 Like most Ruger firearms, the Rimfire Precision Rifle comes shipped in a large cardboard box with a single 15-round BX-15 magazine (10-rounds for ban states), instruction manual, and gun lock. As mentioned above, the rifle doesn’t come pre-equipped with an optic so you’ll have to provide your own glass. Thankfully, Vortex sent me out one of their new Venom 5-25×56 FFP riflescopes to review that I was able to use in tandem with the Ruger Precision Rimfire.

The fit and finish out of the box appeared to be just fine. Everything was tight, there was no slack in any of the components or loose fitments and the bolt was even lubed straight from the factory. The special TALO Distributors Cerakoting done on mine was free from any defects and looked beautiful. After I added a scope and bipod, I was ready to head out to get some hard data on just how well the entry-level PRS Ruger Precision Rimfire rifle performs.

I was partial to the Titanium Cerakote job done by TALO Distributors but if you’re not into that type of look, Ruger has plenty of other styles to choose from their factory as well as their various distributors like TALO and Davidson’s. 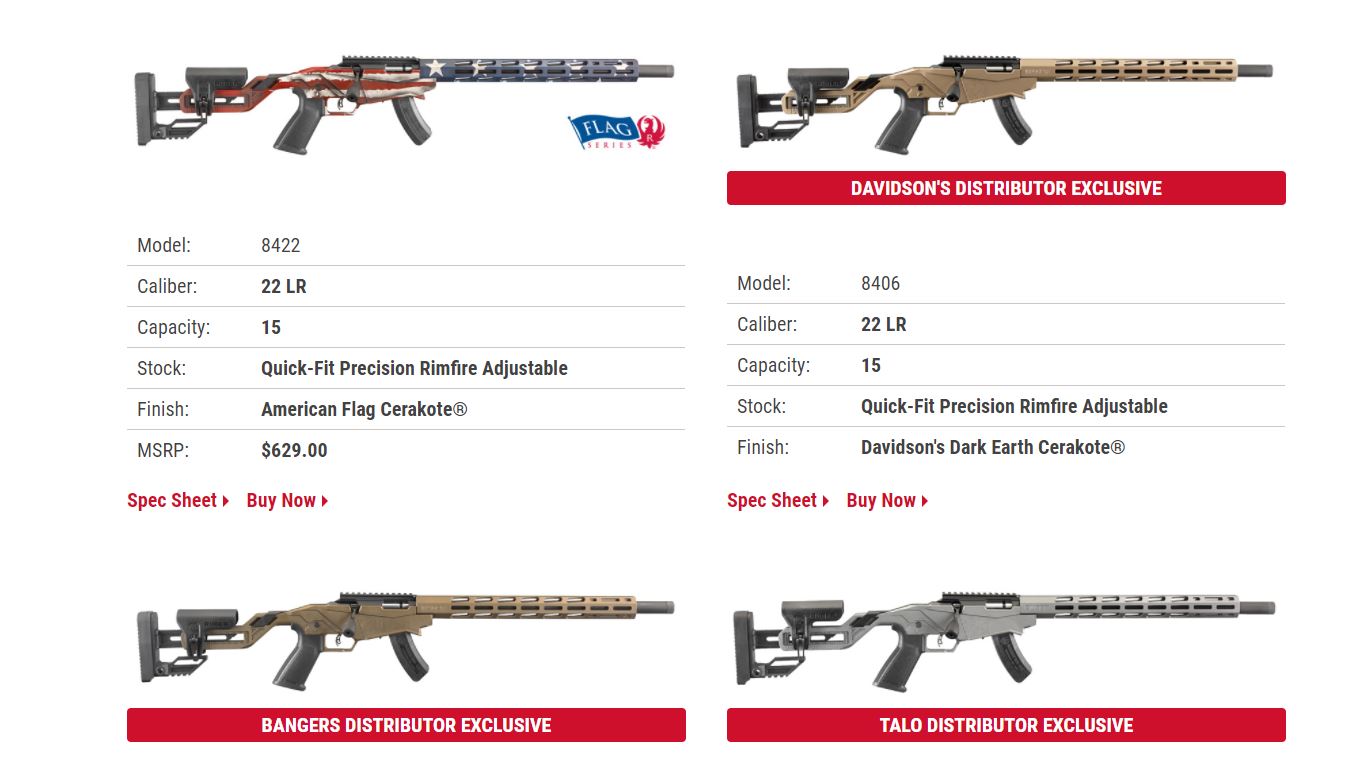 I wanted to remove as many external factors as possible to put the rifle down on paper. My first initial range trip with the rifle was a quick 100-yard sight-in outdoors in wooded terrain. This first sight in with some CCI Standard Velocity ammunition earned me just a hair over 2 MOA of accuracy. On that day I was shooting from the prone position with a bipod and with the occasional wind in the wooded area. Next, I had the opportunity to go shoot at some pretty long distances and even perform a few quick drills with a friend of mine who also happens to own a Ruger Precision Rimfire rifle. 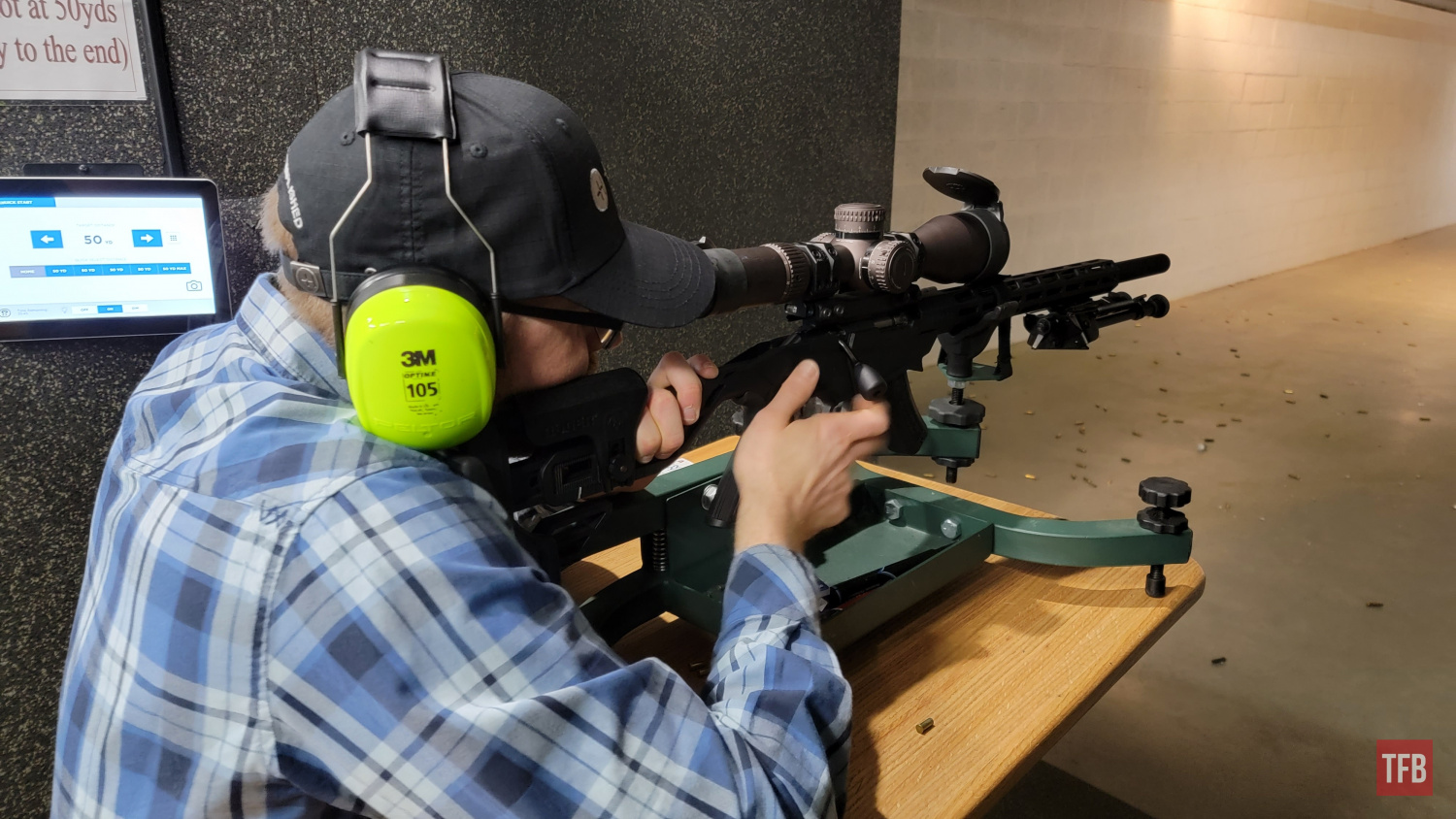 A friend with another Ruger Precision Rimfire

The true test of accuracy was when I was finally able to get to an indoor 50-yard range with a Caldwell Lead Sled to put down some solid 10-shot groups on paper. During this time I tested 6 different types of .22LR ammunition ranging from CCI Standard Velocity all the way up to some pretty unique .22LR loadings like Aguila Sniper Subsonic and Lapua X-ACT. I’ve included photos of each of the groups below. All 6 shot groups were done indoors, on the same day with the same rifle and shooter at 50 yards from the benched position seen above. The rifle was strapped to the Caldwell Lead Sled to ensure as little movement and interference as possible from me when shooting. 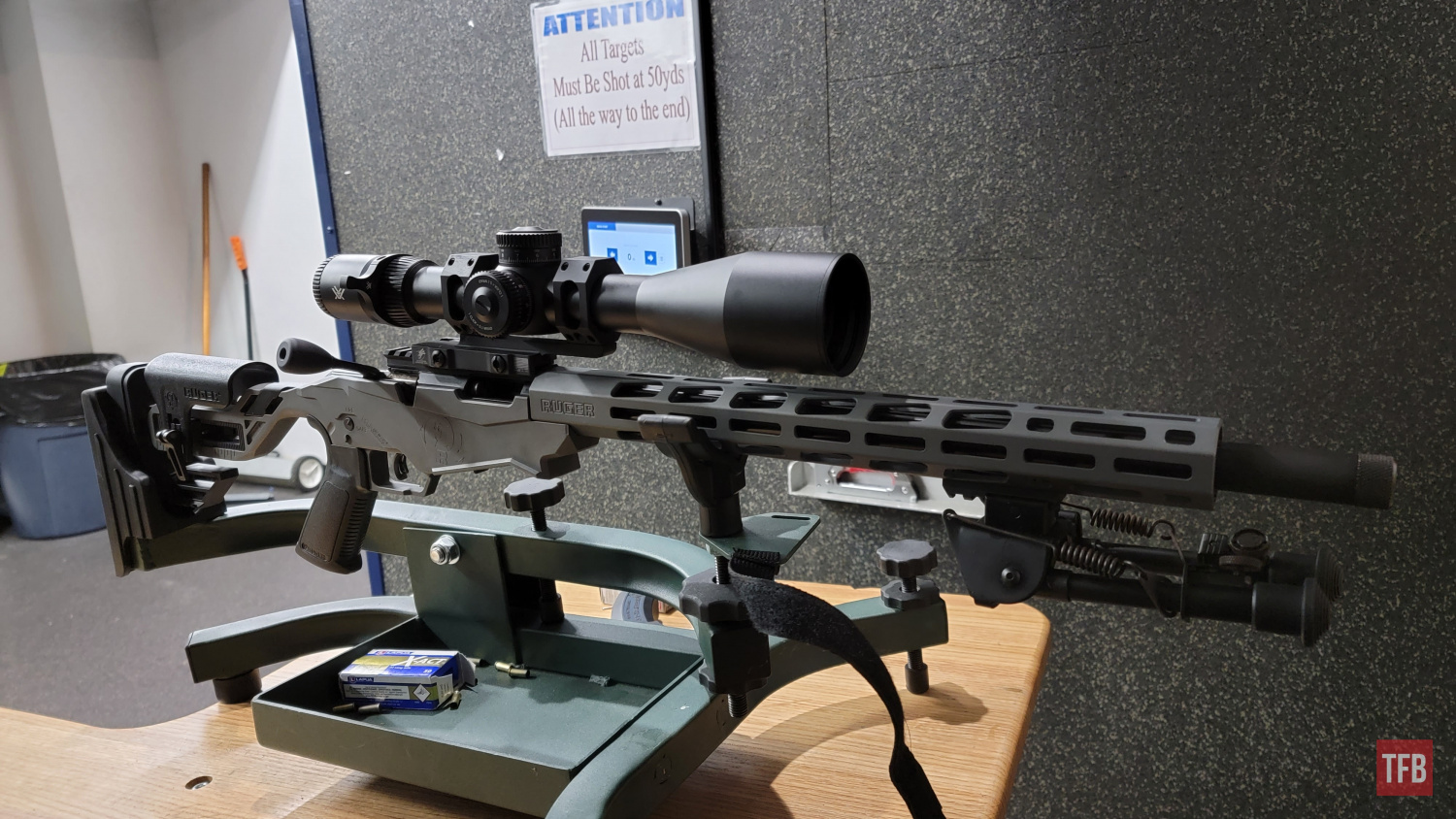 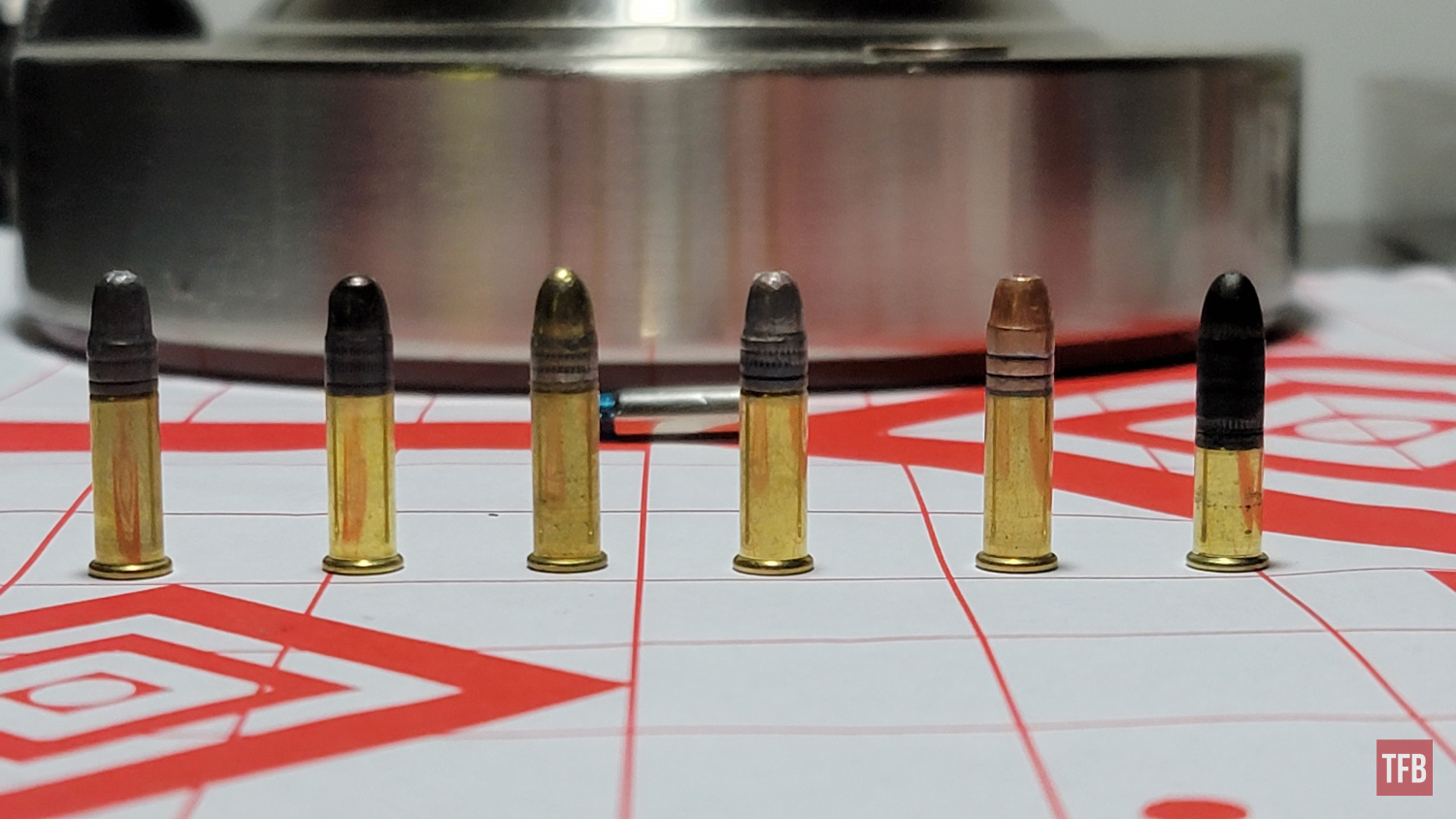 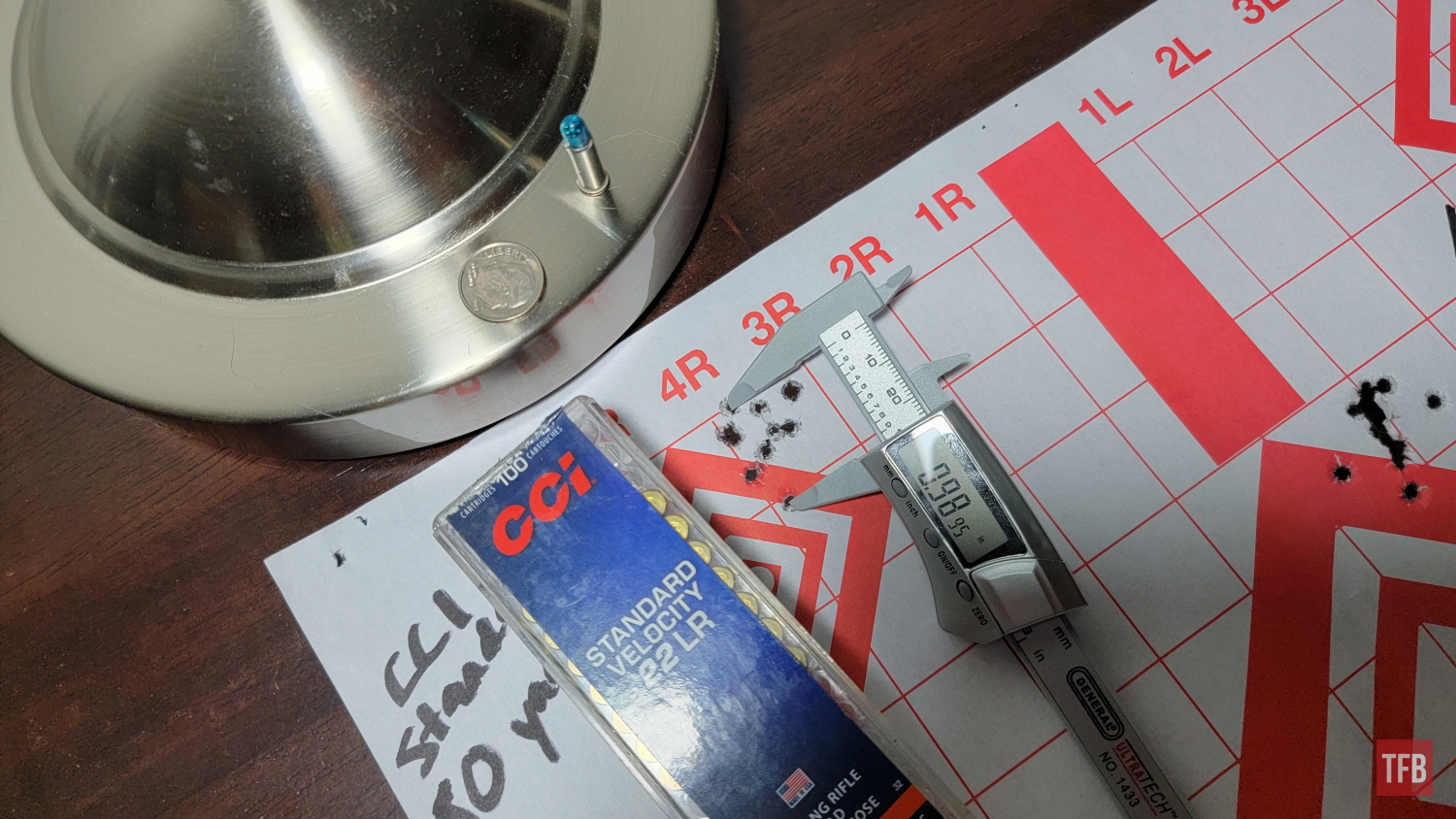 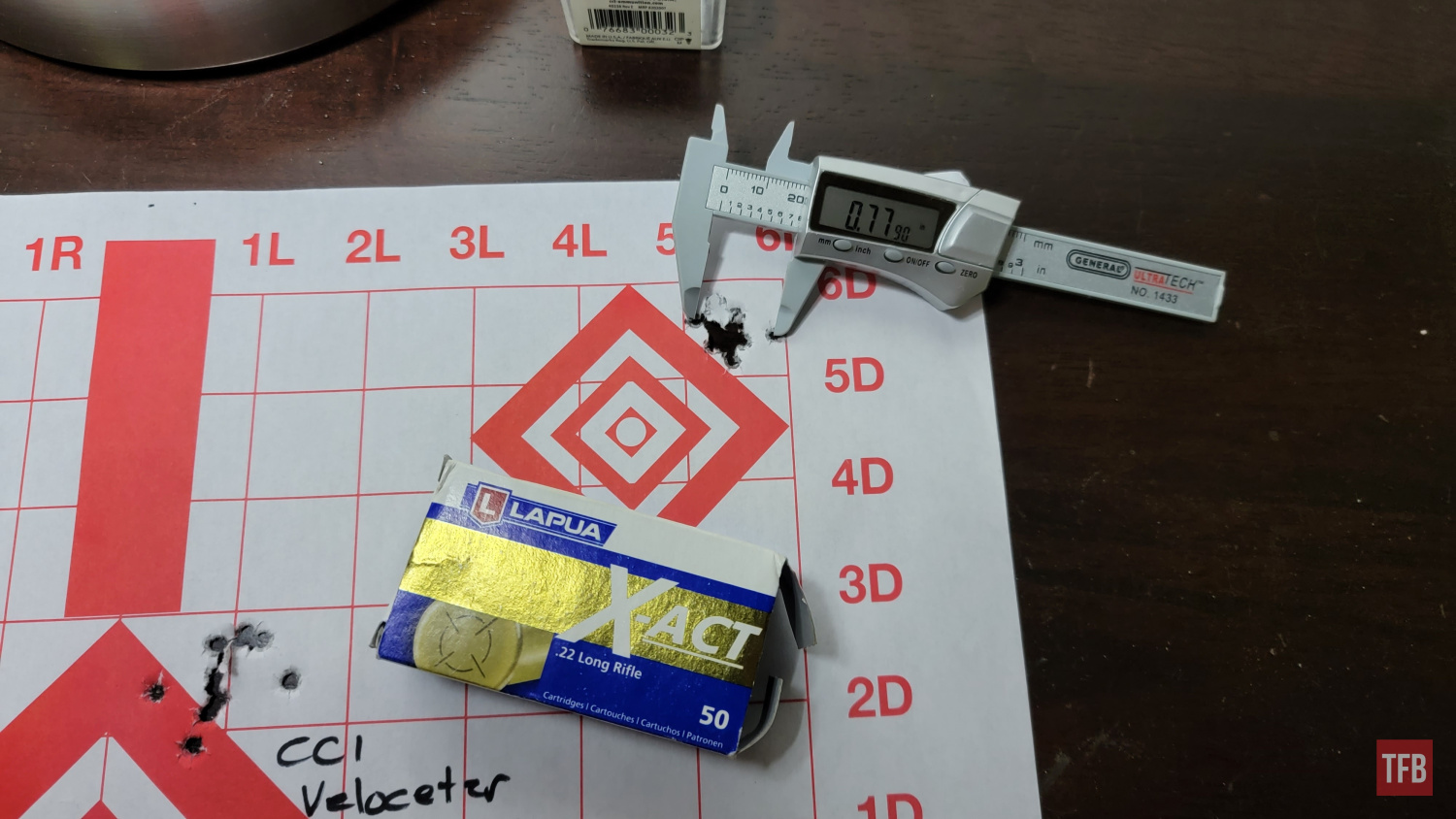 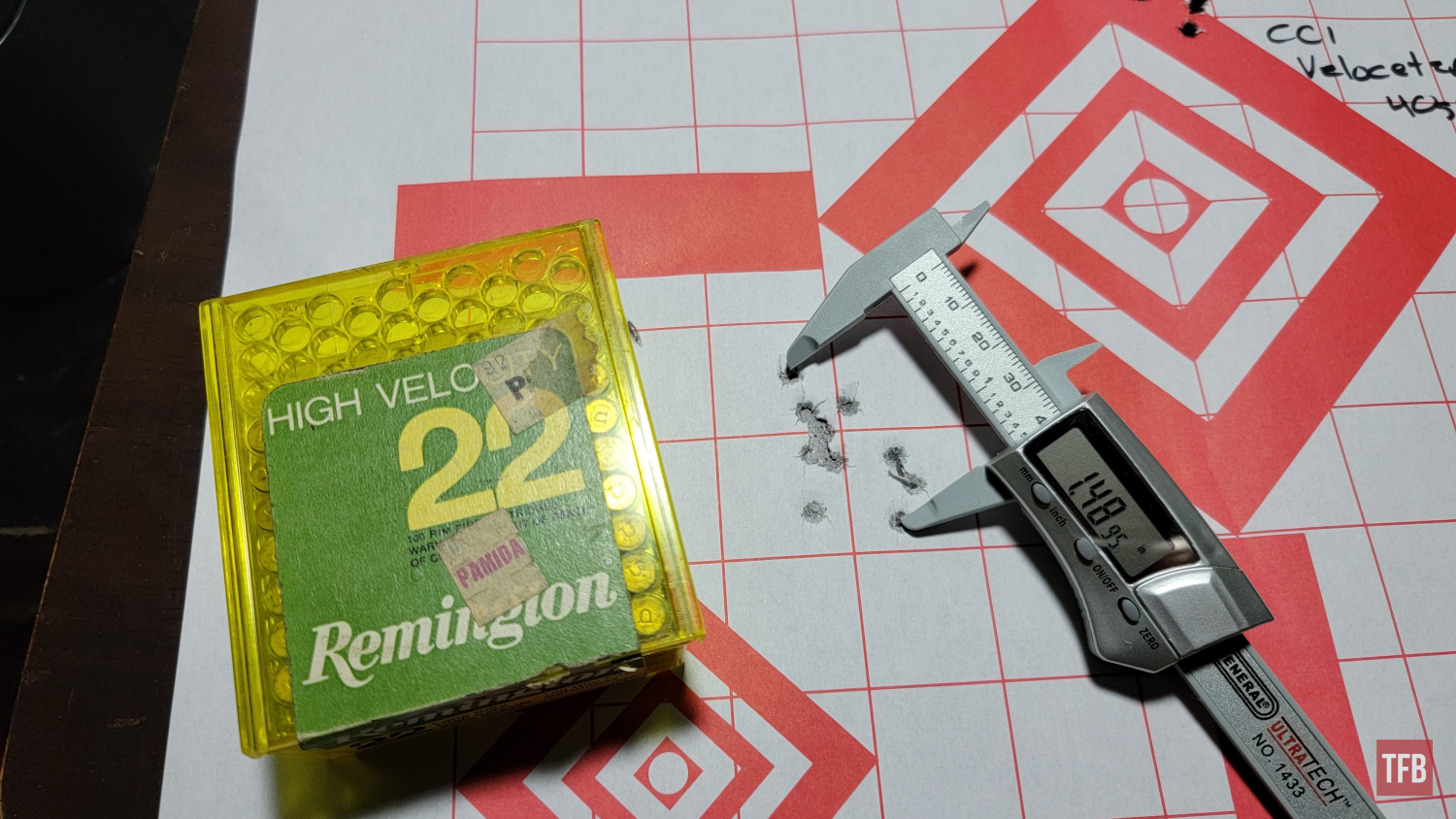 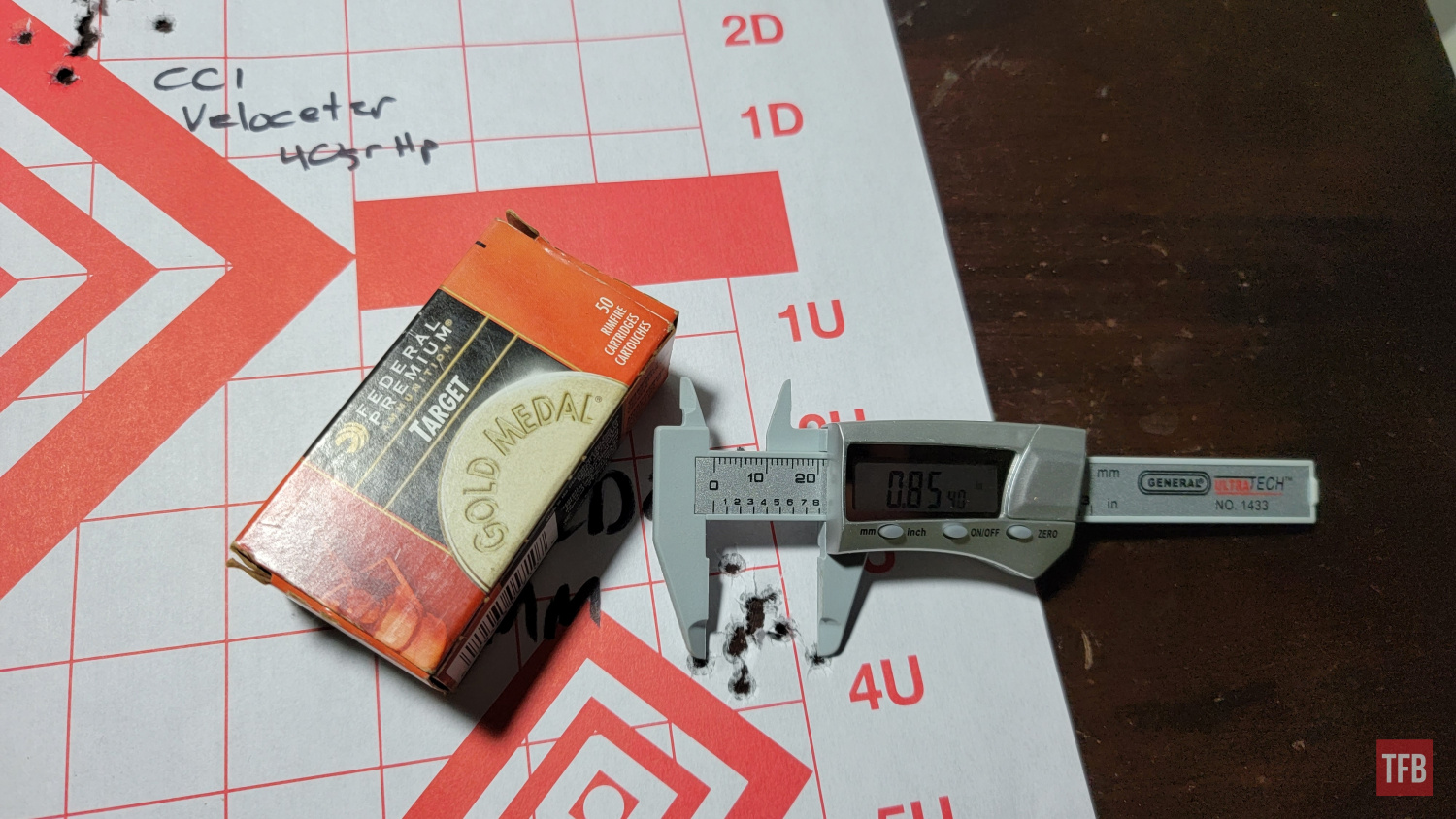 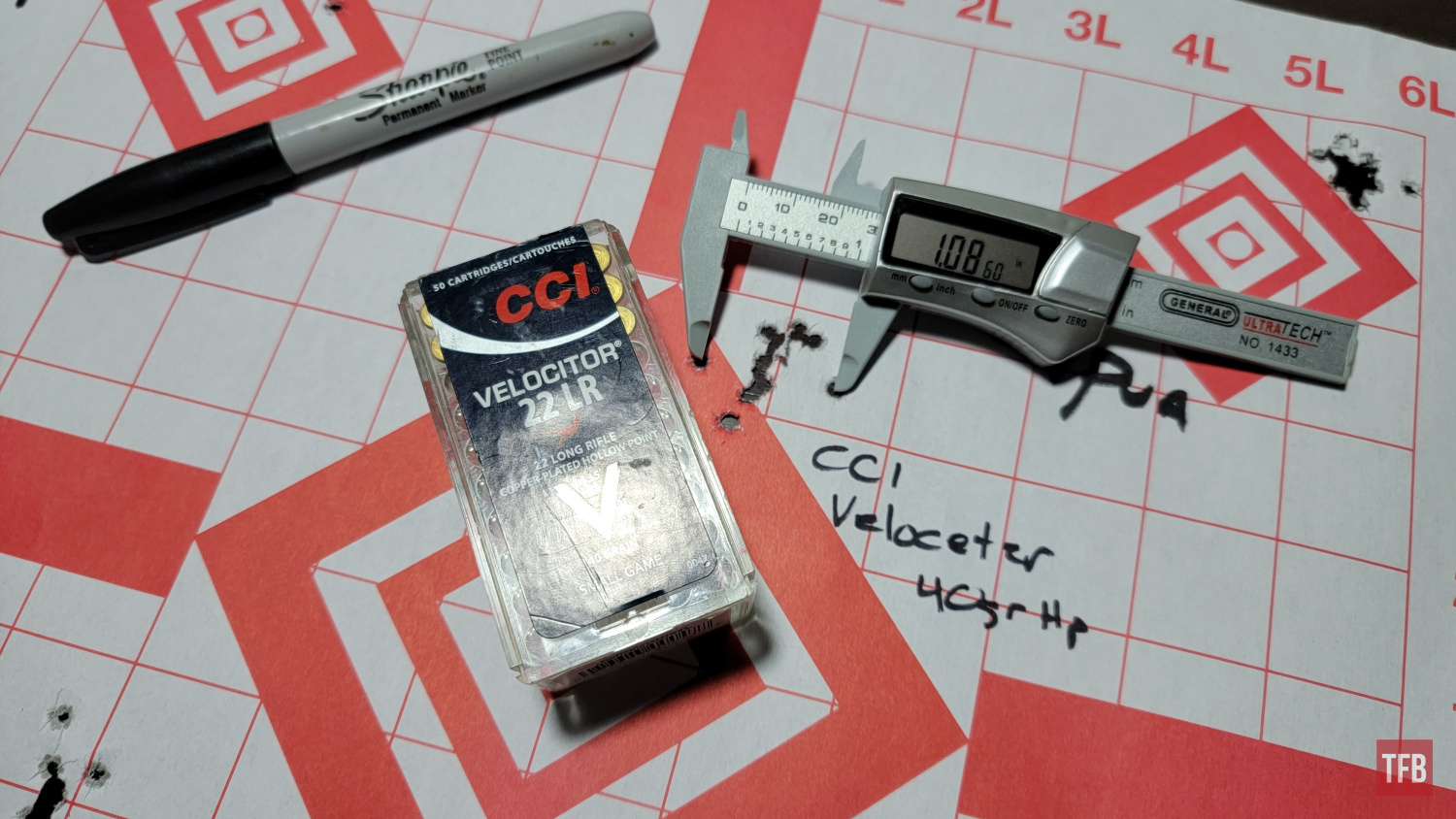 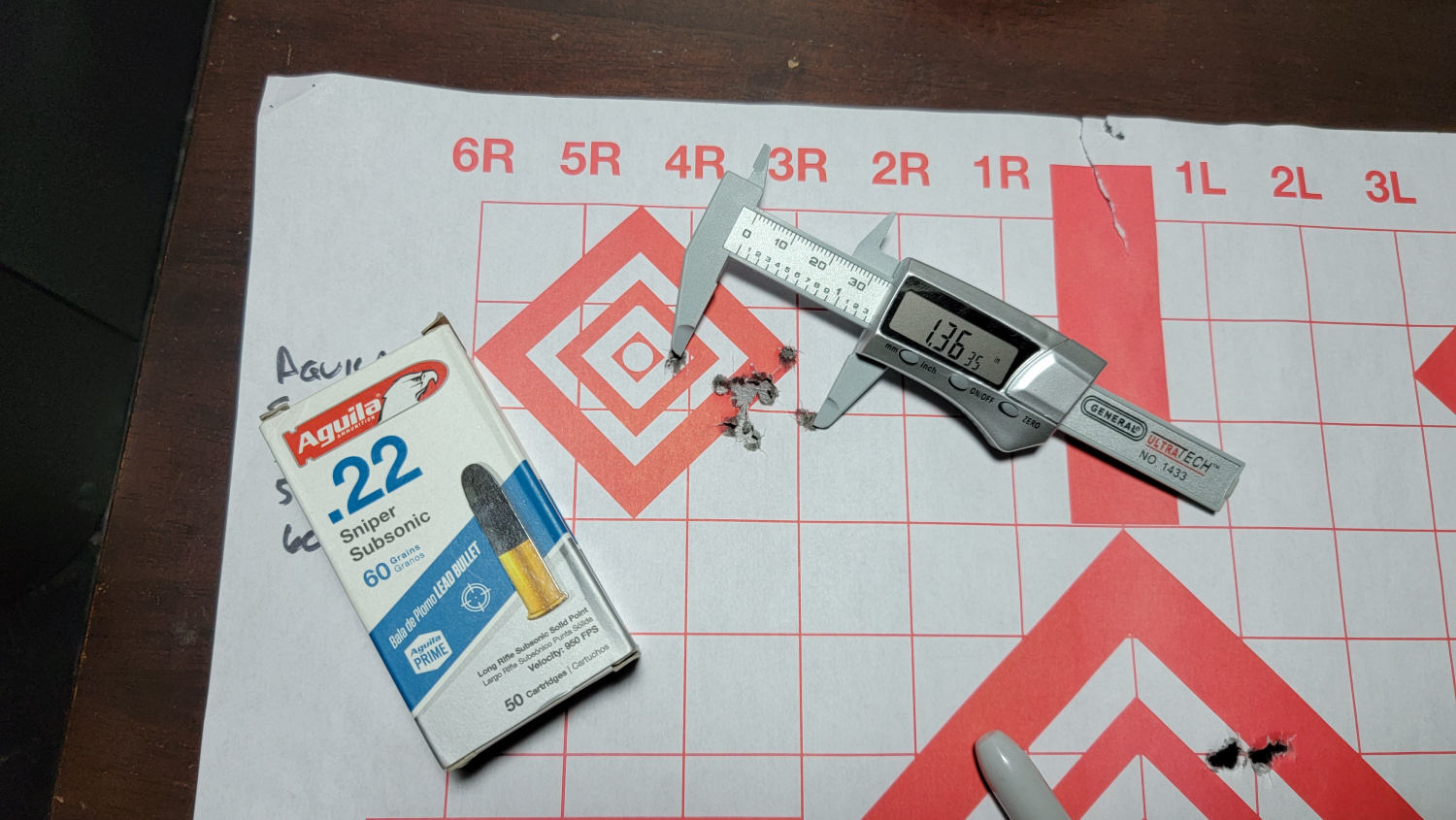 This one was just for fun, I wasn’t entirely certain if the twist rate of the Ruger Precision Rimfire would be enough to stabilize the 60-grain projectile. Color me surprised.

Overall, I am extremely satisfied with the performance of the rifle in terms of mechanical accuracy. When equipped with even relatively inexpensive CCI Standard Velocity, the rifle is consistently accurate. With high-end match ammo like Lapua X-ACT or Federal Gold Medal Match, group sizes noticeably shrink. My biggest surprise was the fact that the CCI Velocitors did so well that I think you could make the case that the Ruger Precision Rimfire and the Velocitors would make a great long-range pest control pair. I found that high velocity and bulk ammunition isn’t very accurate out of the Ruger Precision Rimfire with the exception of the CCI Velocitors. In short, I think it’s reasonable to expect that this is a 2-MOA rifle in ideal conditions with CCI Standard 40 grain.

As stated earlier, a buddy of mine who also has a Ruger Precision Rimfire helped me compare our two rifles. His rifle has had a little bit of gunsmithing work done to it to bring some of its less desirable out-of-the-box traits into a better light. While any off-the-shelf rimfire semi-auto rifle or bolt gun can be used for the competition, things like your bolt throw, reliability, and the trigger will all factor into your score at the end of the day. My buddy’s work he did on his rifle really showed me a few key areas where I may want to improve my rifle.

Firstly, I had a few issues with ejection right out of the box. About 1 in every 10 rounds or so would fail to reliably leave the gun and would wind up getting stuck as the rifle would cycle. This issue is likely just a quality control issue rather than a design flaw as my friend’s rifle never had any issues with cycling even before all of his modifications. However, this is a perfect example of why you should always test your rig before you bring it to an actual competition. Having a piece of brass interfere with your next shot is not a fun way to spend a competition day.

Next up is the overall action. For an entry-level PRS rifle, the bolt and receiver are paired very well and I honestly don’t think anything needs to be done to it. However, a bit of hand polishing of the bolt goes a long way and will smooth out the action to the point where it feels like it is riding on glass. Another point of improvement could also be the trigger which my friend had stoned himself to eliminate the very minor amount of creep the stock Ruger trigger has. However, all the groups you saw above were made by me, with my rifle that had no aftermarket work done to it so decent accuracy is possible even without improvements. 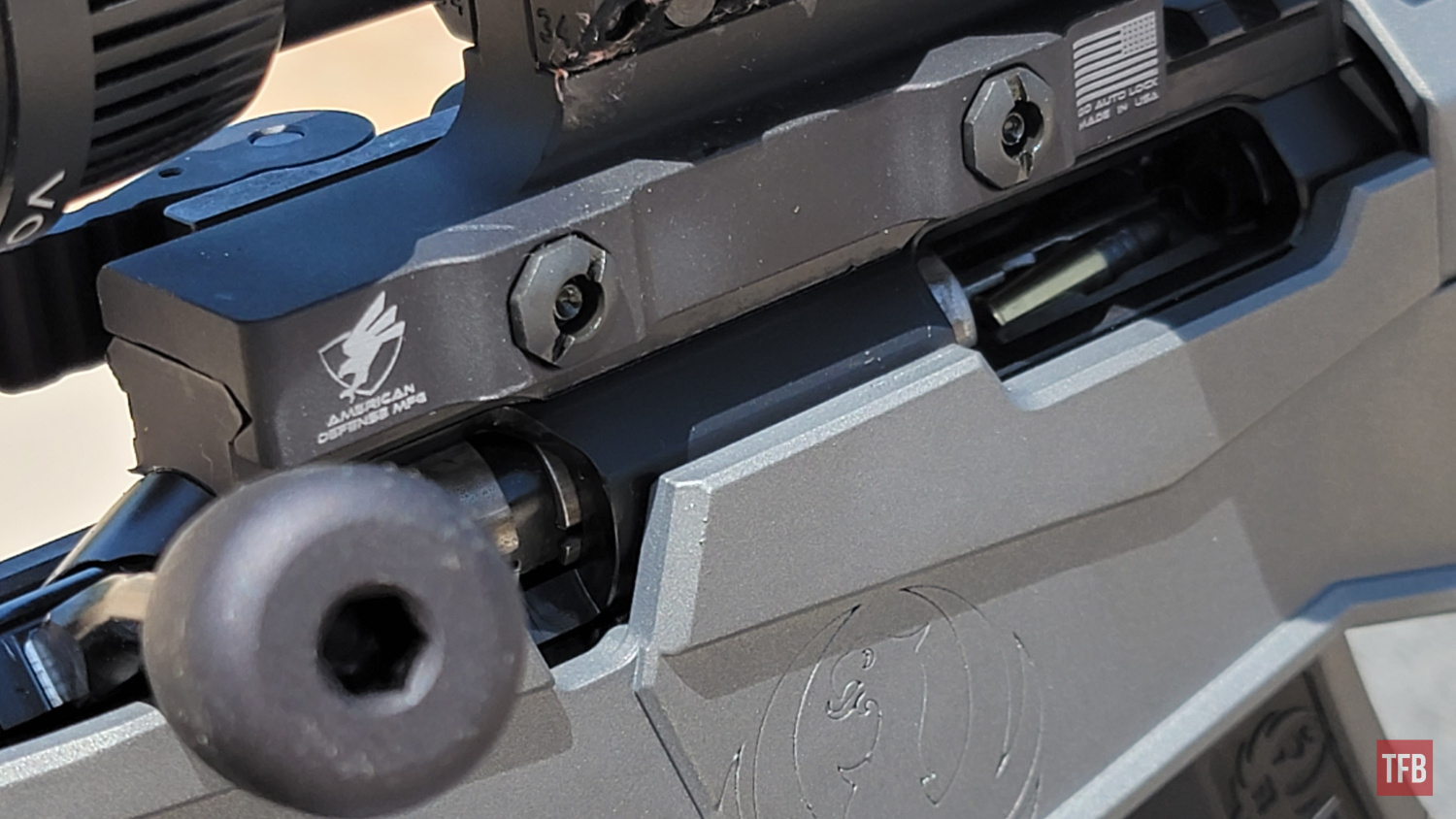 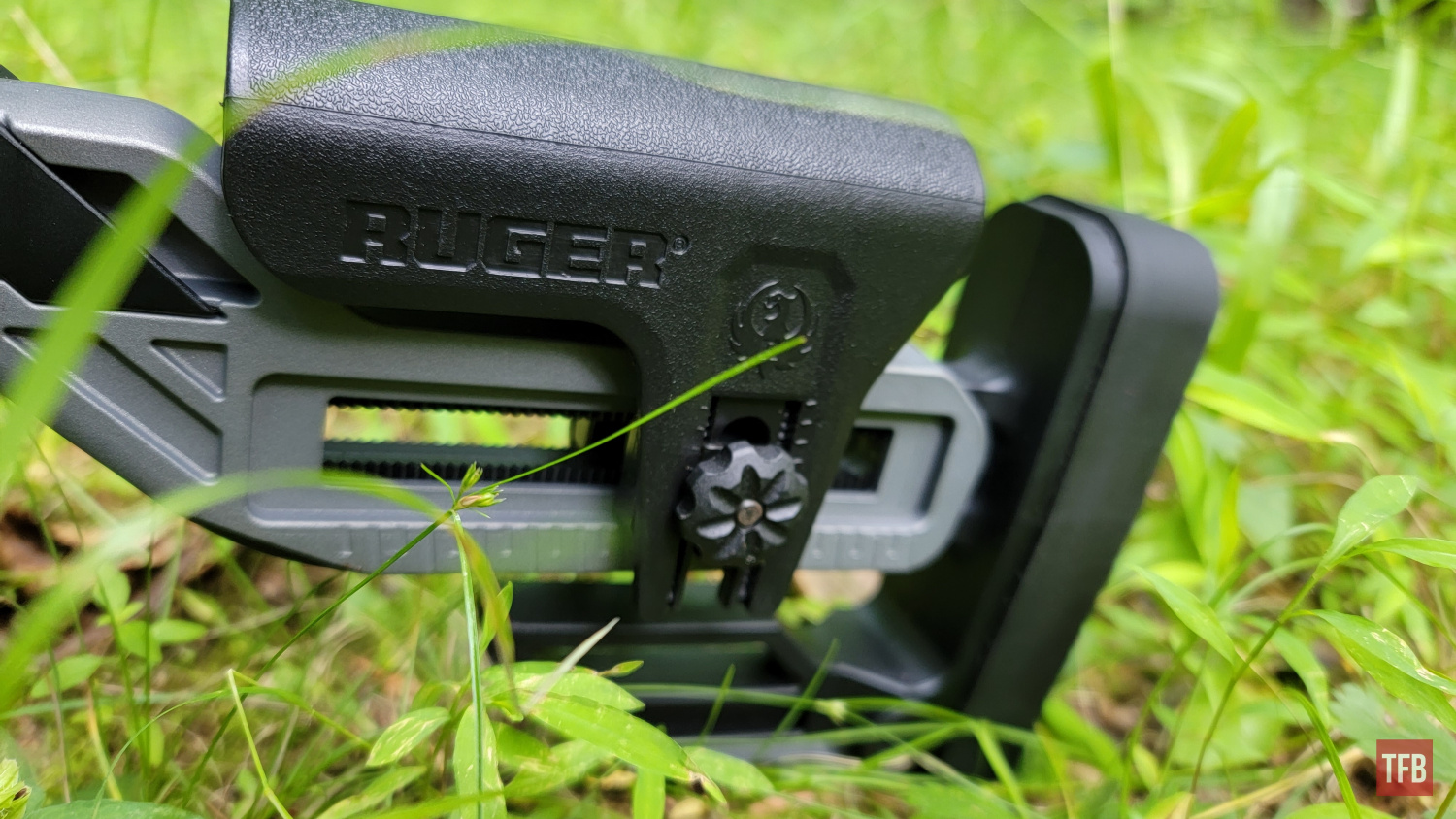 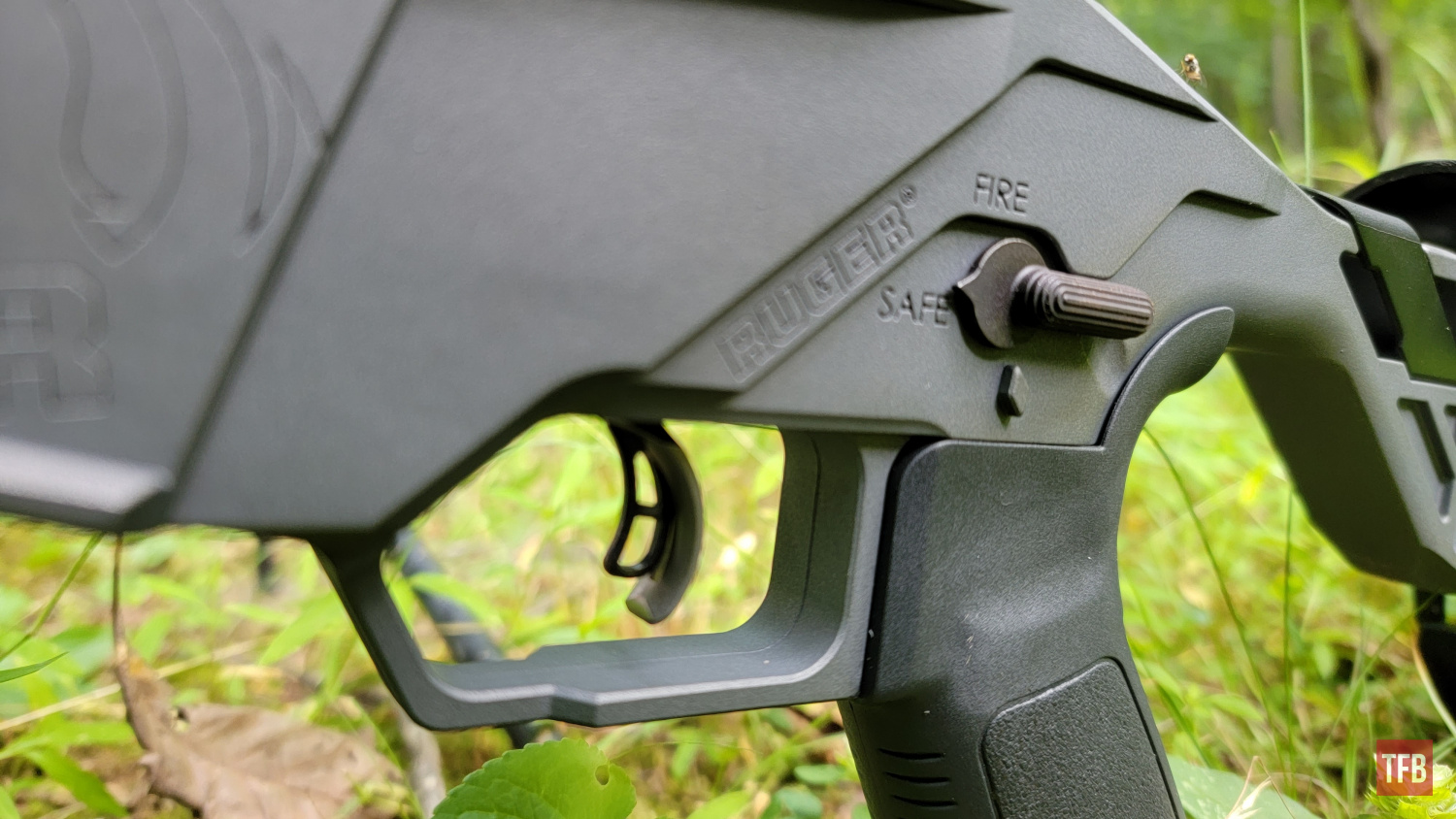 The Ruger Precision Rimfire isn’t a high-end rifle. While the MSRP price may look intimidating you often don’t find these rifles out in the wild for sale at those prices. The Ruger Precision Rimfire Rifle definitely qualifies as an entry-level PRS rifle and I think it excels at this task as well as a few others. During matches, magazine changes are often required and the Ruger Precision Rimfire already includes an easily worked paddle release and has generous space for re-seating a magazine. Its trigger is simple to adjust and very consistent and predictable while its bolt throw is short and acceptably smooth. I think if you have the time and the gumption to make a few minor improvements to the Ruger Precision Rimfire rifle, there would be little reason to pick a higher-end rifle unless you were a hard-core competitor (or just had the money). 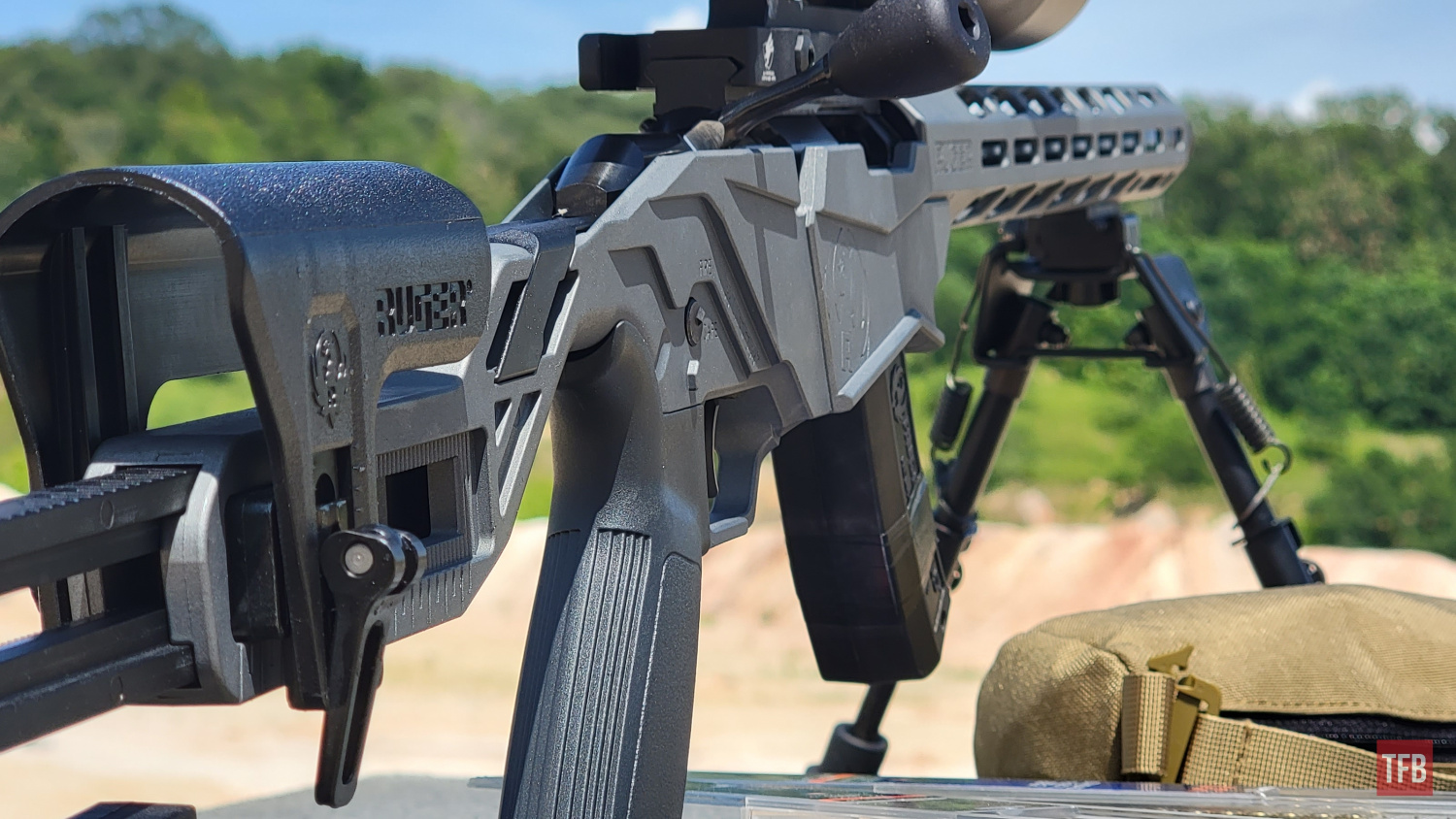 The rifle is inexpensive to shoot, inexpensive to improve due to the commonality of parts shared with other unrelated firearms and best of all, Ruger included a solid lineup of great precision rifle features without the standard precision rifle pricing. If you’re looking to get into the Precision Rimfire Series, I’d wholeheartedly recommend you take a serious look at the Ruger Precision Rimfire as an option for your entry-level PRS rifle.

Thanks for reading TFB and The Rimfire Report. Let us know your thoughts on the Ruger Precision Rimfire. If you own one, what have your experiences with it been and what do you use it for? For those that are involved in Rimfire PRS, what rig do you run and what would you recommend for an entry-level PRS rifle for those getting started? 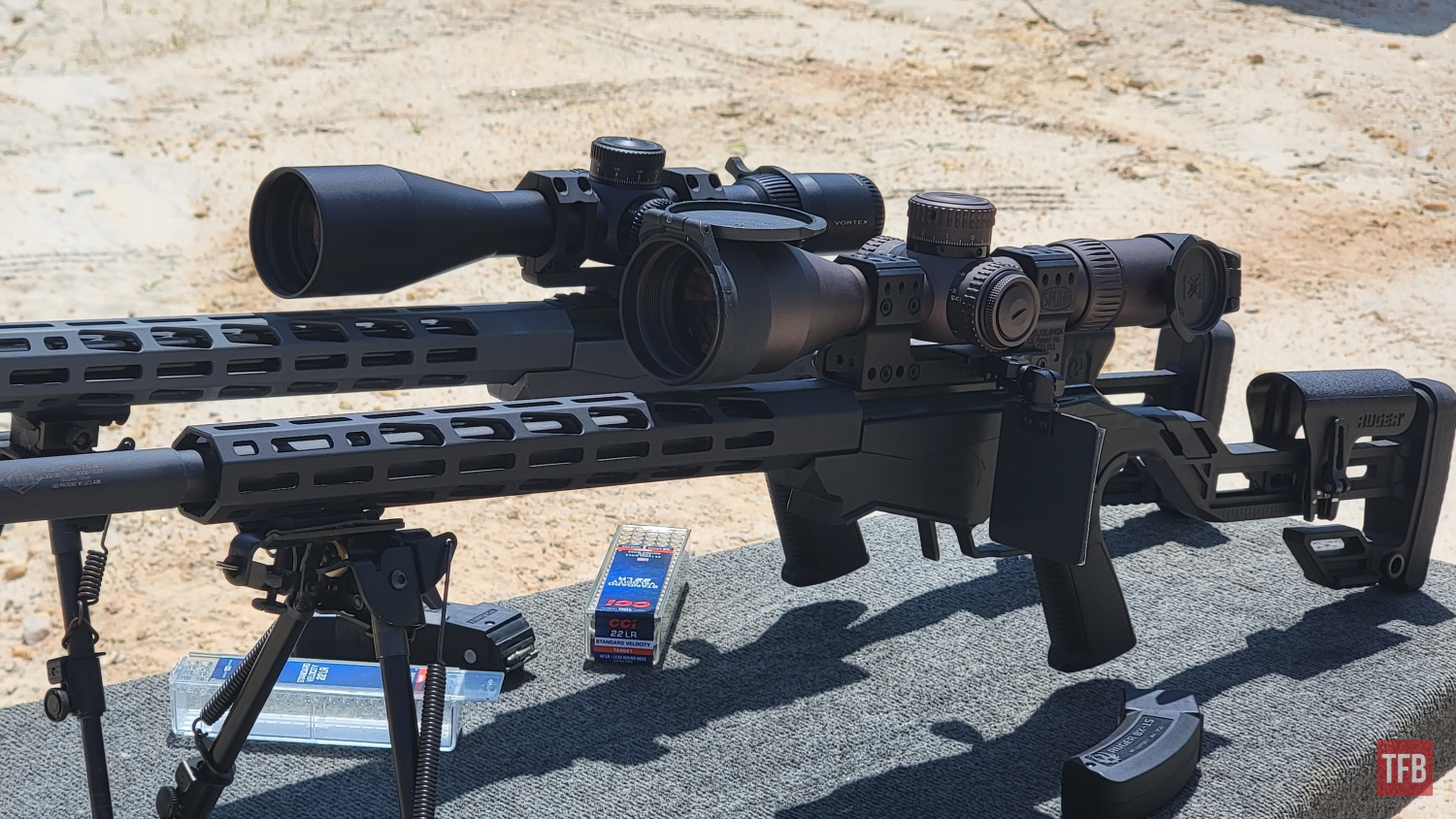 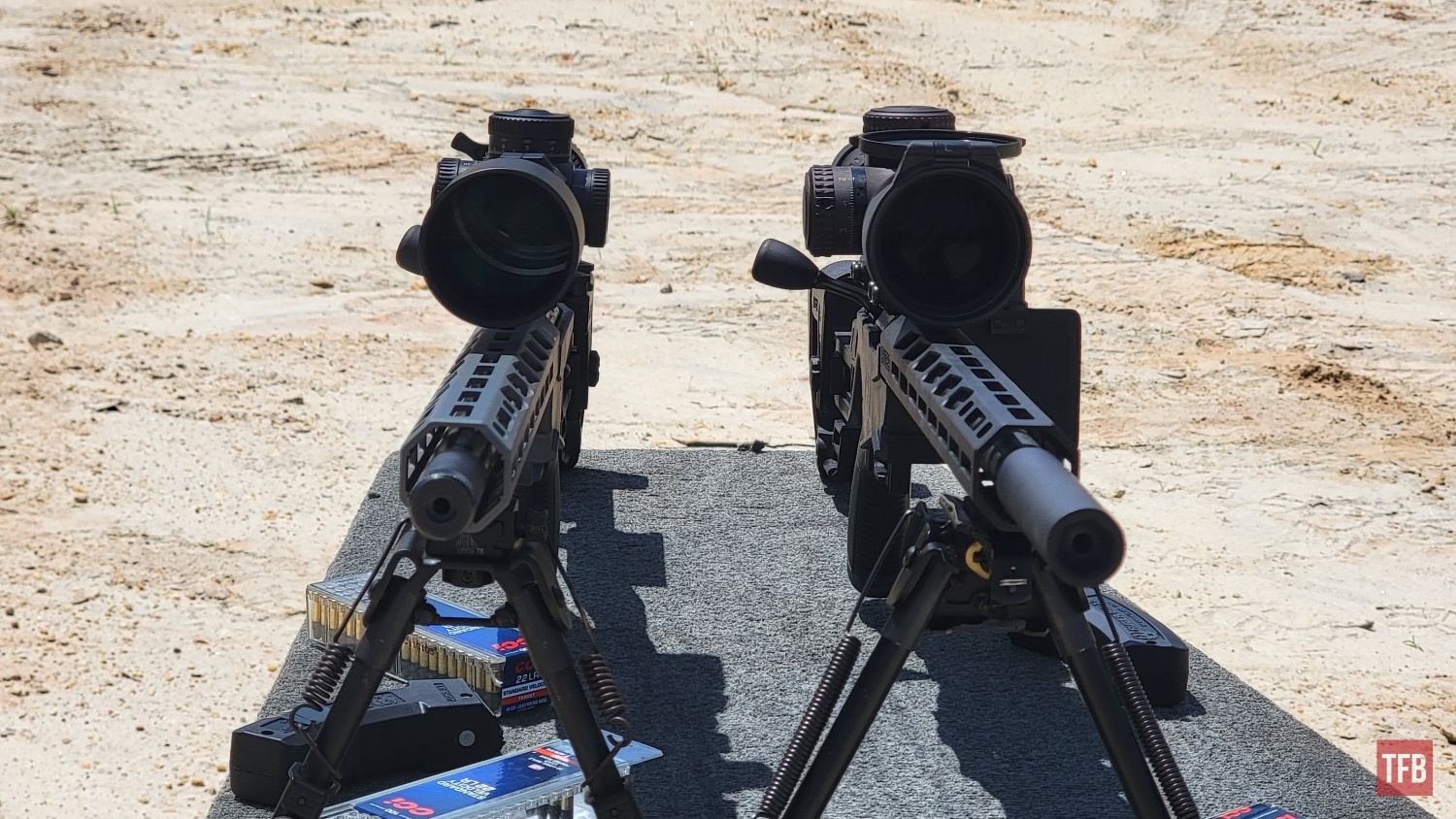 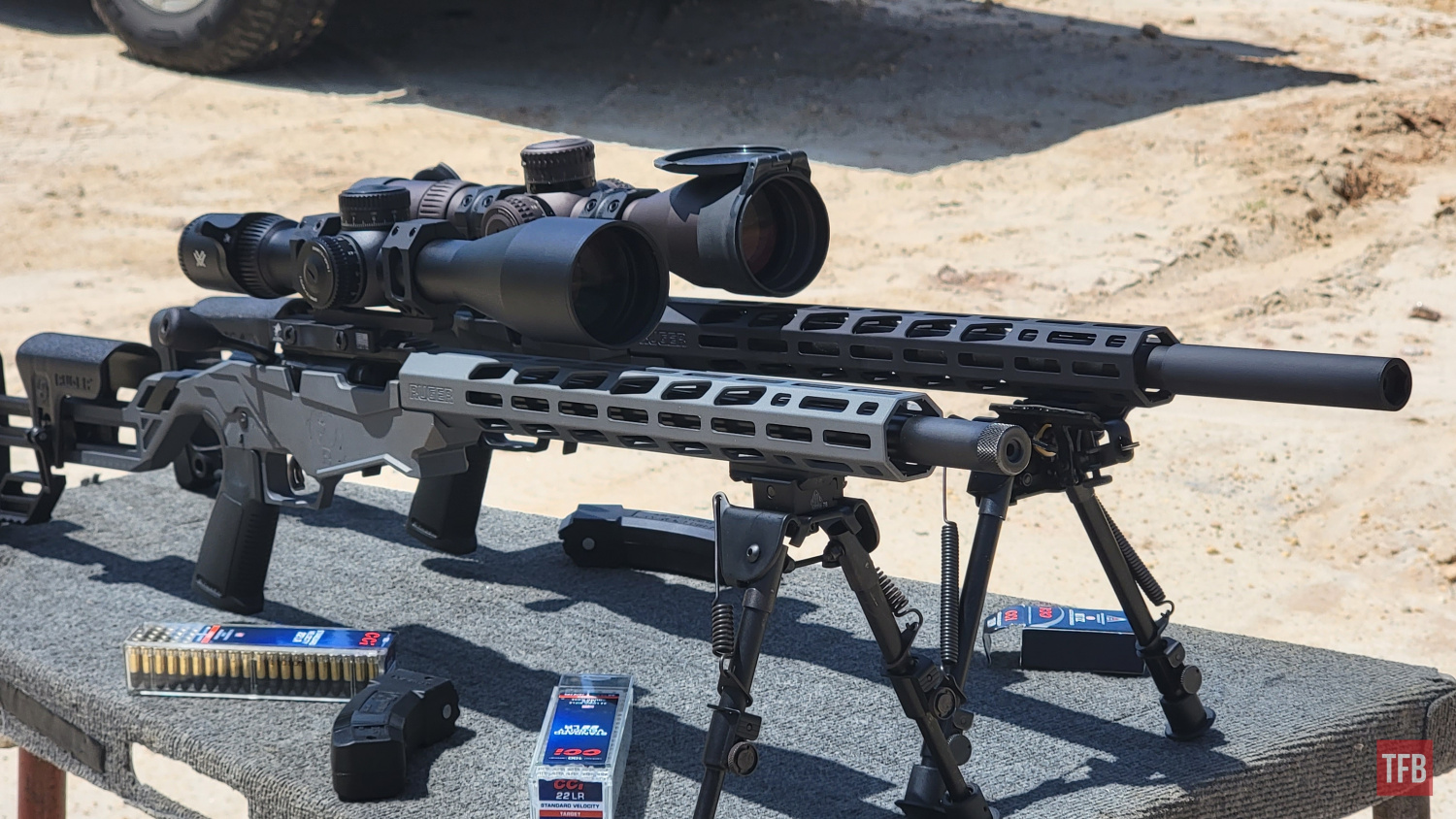 We are committed to finding, researching, and recommending the best products. We earn commissions from purchases you make using the retail links in our product reviews. Learn more about how this works. Source: https://www.thefirearmblog.com/blog/2021/07/12/entry-level-prs-ruger-precision-rimfire/?utm_source=rss&utm_medium=rss&utm_campaign=rss