The Rimfire Report: Hang Loose with the Rimfire Ma Deuce

Hello and welcome back to another edition of The Rimfire Report! This ongoing series is all about rimfire firearms, ammunition, practices, and trends. This week we’ll be taking a look at a piece of rimfire belt-fed goodness in the form of a rimfire Ma Deuce or M2. No matter how you take it, belt-fed guns are just somehow more fun. I don’t know if it is just the mechanical complexity behind them or the whole operation of the firearm but I know that anytime I get a chance to shoot a belt-fed, I’ll immediately take it.

This, however, is one firearm I have not yet had the pleasure of shooting mostly due to its rarity. Finding any type of M2 Browning machine gun is hard, to begin with, but rimfire reproductions of the firearm are even rarer. I first came across this particular build a couple of years ago during some casual YouTube browsing and was surprised that someone had gone through the effort of building one out. But the amount of detail that went into this Rimfire Ma Deuce build will surprise you. So let’s dig into it!

The Rimfire Report: Hang Loose with the Rimfire Ma Deuce

So where exactly does one find a rimfire M2 machine gun? These 1/2 scale reproductions of the full-size M2 machine gun were produced by Tippmann Arms and sold for a short time as they were being produced. Now it seems that the only way you can get your hands on one is to purchase them from either auction sites or through a private sale. While a scant few of the rimfire Ma Deuce machine guns were made before the pre-86 ban, Tippmann is allegedly still making semi-auto-only versions of the rimfire M2 through Lakeside Guns.

If you were looking to purchase one of these in a full-auto configuration, you could expect to pay somewhere in the neighborhood of $20,000. Many estimates put the value of these firearms around the $5,000 mark but they usually sell for near four times that much once they are placed on an auction site.

Painstaking detail was put into almost every aspect of these rare belt-fed rimfire machine guns down to how they were presented new to the customer. Each of the Tippmann Arms M2 (TM-219-4226448) machine guns came shipped in a nice high-quality oak crate, along with two fabric (or nylon) ammunition belts (25 and 50-round) as well as a 1/2 scale tripod with full elevation and traverse adjustments.

One of the coolest things about the 1/2 scale rimfire Ma Deuce is that you can even change out the barrels to shoot different types of ammunition. Tippmann Arms made the rimfire M2 available in .22 LR, .22 Magnum, and even .17 HMR. 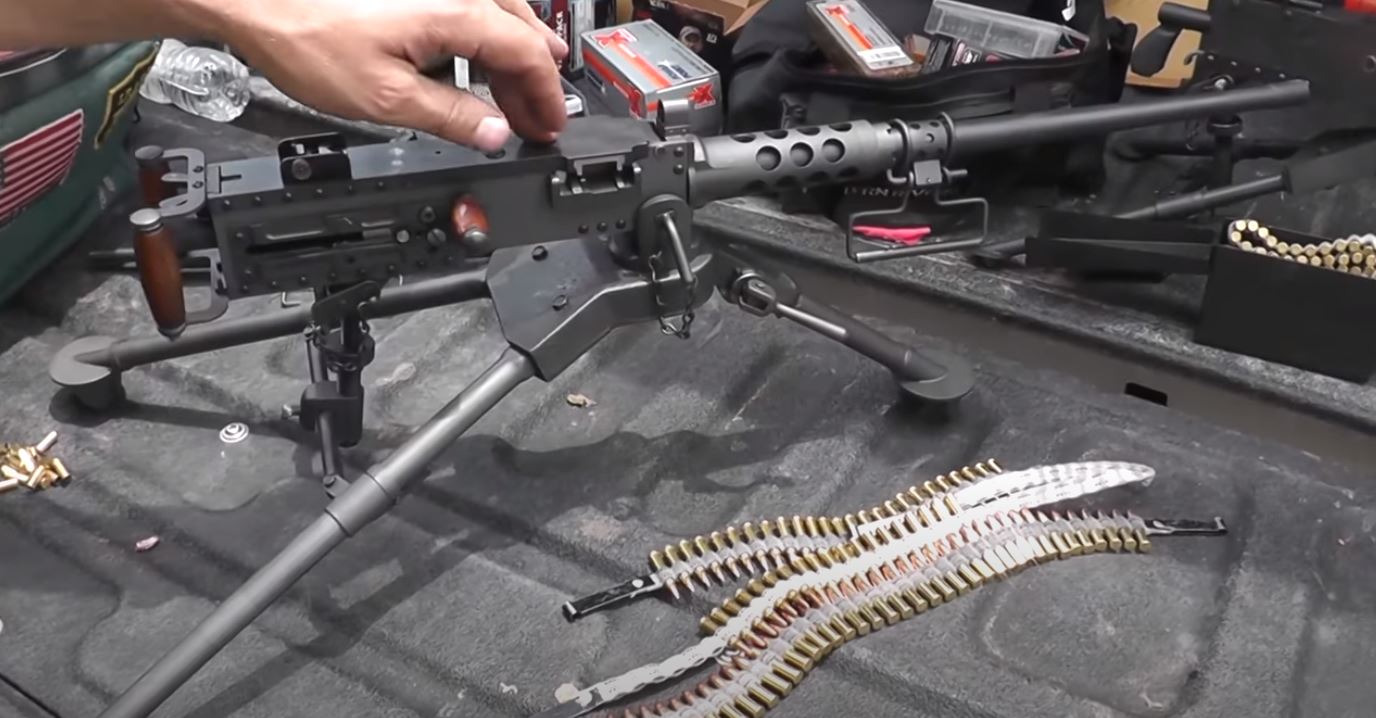 Other than the variability of the product, I don’t know why Tippmann Arms decided to make these two other calibers available, although perhaps some desperate customer voiced that they were facing an enormous pack of alpha gophers invading their property and needed a bit more firepower than .22 LR could offer.

Before the 94′ AWB, customers could request almost any length of the belt they desired, however, after the ban went into effect, only 10-round belts could be manufactured for private ownership. Before the ban, it wasn’t uncommon to see 100 round belts but belts ranging from 150 to 500 rounds were also being made upon customer request. Legends exist of a 93-foot long belt existing that held around 3,000 rounds but I can’t even fathom burning off that much .22 LR in one go at today’s prices.

These pint-sized machine guns seem to operate almost exactly like the real deal. The rimfire M2 features many of the same design and manufacturing techniques that the full-scale machine gun did including investment cast receivers, wooden spade grips, scaled-down rivets, and even a non-reciprocating cocking handle (which is also reversible for left or right-hand use). 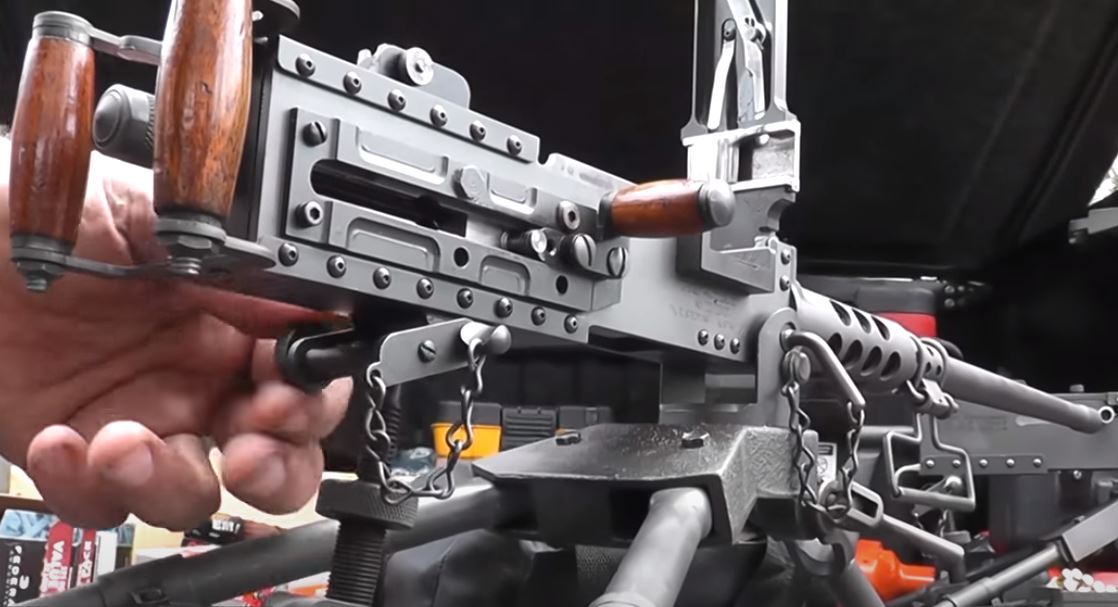 The trigger paddles for the rimfire M2 are connected internally so that only one paddle needs to be pressed down in order to fire the gun. The internal mechanisms function like any other belt-fed with each firing of the gun cycling out a spent casing and driving the belt feeder from left to right (Tippmann only made left-hand feed single-track versions of the gun). Spent casings are ejected out of the bottom of the machine gun exactly like the full-scale .50 BMG gun.

Tippmann Arms made more than just a 1/2 scale rimfire Ma Deuce. They also made 1/2 scale Browning M1919 machine guns, as well as water-cooled versions of the same gun for those die-hard collectors and rimfire enthusiasts out there. Each of these guns was also made available in .22 Magnum as well as .22 LR. Supposedly only 123 total full-auto versions of the M1919 were made while between 42 and 44 of the M2 models were made prior to the 86 ban.

Either way, all of these miniature rimfire belt-fed machine guns are now on my bucket list and I’m hoping one day I’ll get to try these things out. As always, thanks for stopping by to read The Rimfire Report! If any of you have had experience with one of these rare rimfire belt-feds, let us know down in the comments!