One of the John Wayne’s on-screen Colt revolvers will be offered by Rock Island Auction Company as part of their October 6-8 Sporting & Collector Firearms Auction. “The Duke” was one of the Hollywood’s biggest stars of the 20th century, and mementos of the Western actor are highly sought collectibles. The Colt Single Action Army revolver can be seen used by Wayne in such films as True Grit, Rooster Cogburn, and The Cowboys, among others. Included with the revolver is Wayne’s holster rig and numerous authenticating documents, including a 1972 copy of Life Magazine depicting Wayne on the cover wearing the rig and six-gun.

“John Wayne isn’t just a movie star. He’s a persona, a presence,” says RIAC President Kevin Hogan. “To so many, even today, he represents this image of America and masculinity. To have a revolver his iconic characters wielded on-screen, including during his Academy Award-winning performance in True Grit, is going to appeal to several genres of collectors as well as his fans.

The storied revolver is lot #2465 and is estimated to bring between $20-$40,000 at auction.  Sadly Mattie Ross’ Colt Walker (called a Dragoon in the original film) is not up for auction as well, but there are many fine Colt Dragoons in the estimated $2-4,000 range up for auction today as well.  Other interesting wheelguns up for auction are an exquisite consecutively numbered display pair of Merwin and Hulbert Pocket Army revolvers, complete with case and ammunition and a Colt Paterson Revolving Carbine.  For more information, please visit Rock Island Auction Company. 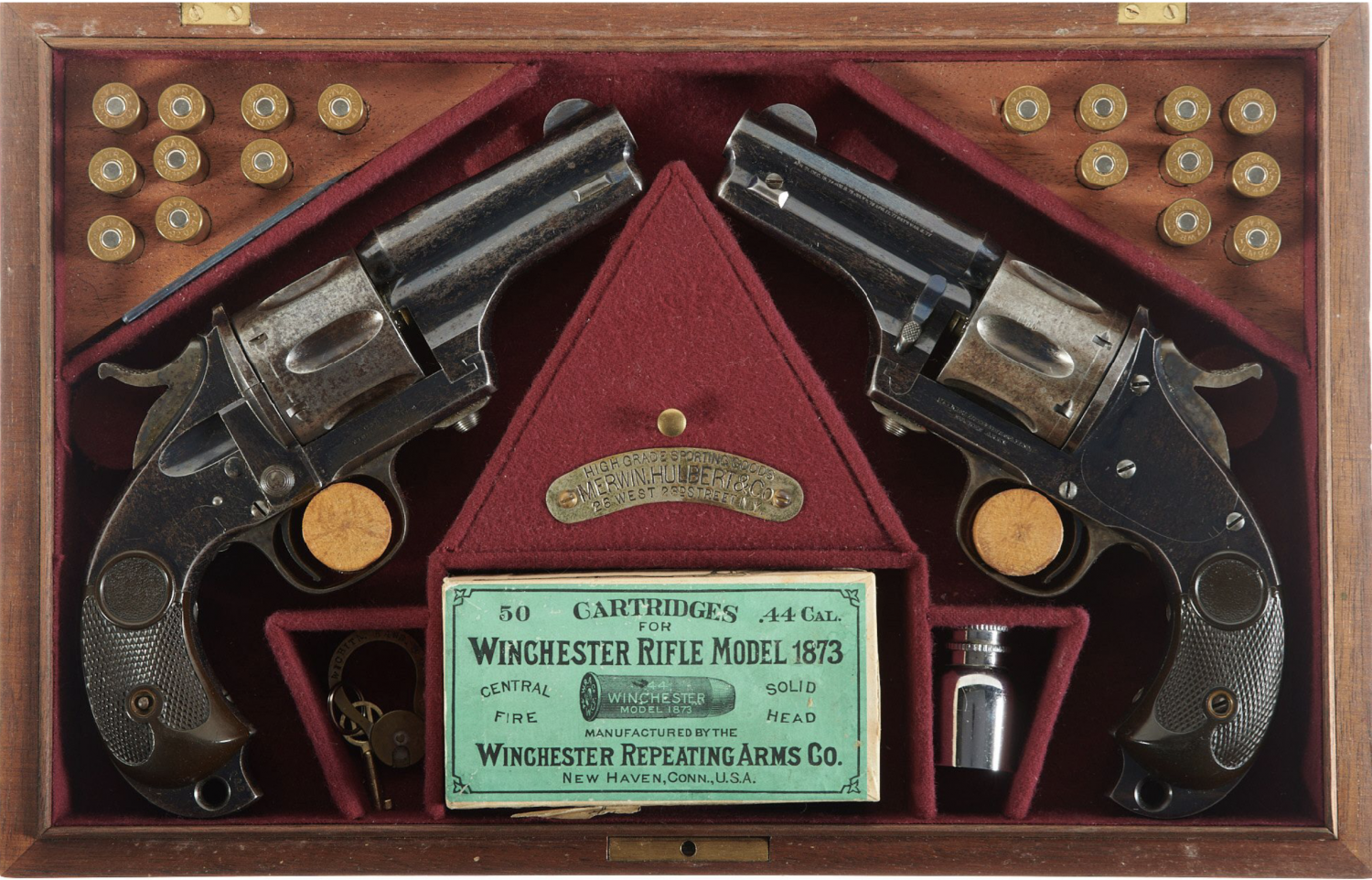