Back in July, TFB’s Will P reported that the upcoming auction of Jim and Theresa Earle’s Wild West collection included a firearm that had some serious history. The .44-40 Colt had been used by Billy Wilson of Billy the Kid’s gang. Sheriff Pat Garrett, a one-time gambling and drinking associate of Billy the Kid, was out to take down Billy and his gang. (In their time of friendship, Garrett was known as Big Casino and Billy as Little Casino).

When Pat Garrett arrested Billy the Kid, Billy Wilson and most of the Kid gang at Stinking Springs, NM Territory, he seized the revolver for his own personal use. Later on after Billy the Kid’s escape from custody, Garrett used the same revolver to kill Billy the Kid. This revolver was estimated to fetch possibly up to three million dollars at auction. The revolver ended up being sold for a record of $6,030,312, including the premium. This makes it the most expensive firearm ever sold at auction.

The Colt revolver Sheriff Pat Garrett used to gun down outlaw Billy the Kid, shown here, is going to auction.

The gun that killed American Wild West outlaw Billy the Kid sold for more than $6 million at auction on Friday in Los Angeles, more than double the pre-sale estimate.

Bonhams auctioneers said the Colt single-action revolver that Sheriff Pat Garrett used to take down Billy the Kid in 1881 was bought over the phone by a person who wished to remain anonymous.

Bonhams, which described the gun as “the most iconic treasure of early Western history,” said the $6.03 million price was a world record for any firearm. It had been expected to fetch between $2 million and $3 million.

For comparison, original Colt Single Action Army revolvers typically go from anywhere between $10-$50,000 and in the period this firearm came from, Colt Revolvers sold for around $20. Congratulations to the well-heeled firearms aficionado/history buff who purchased this piece. That’s some serious “walking around” money! 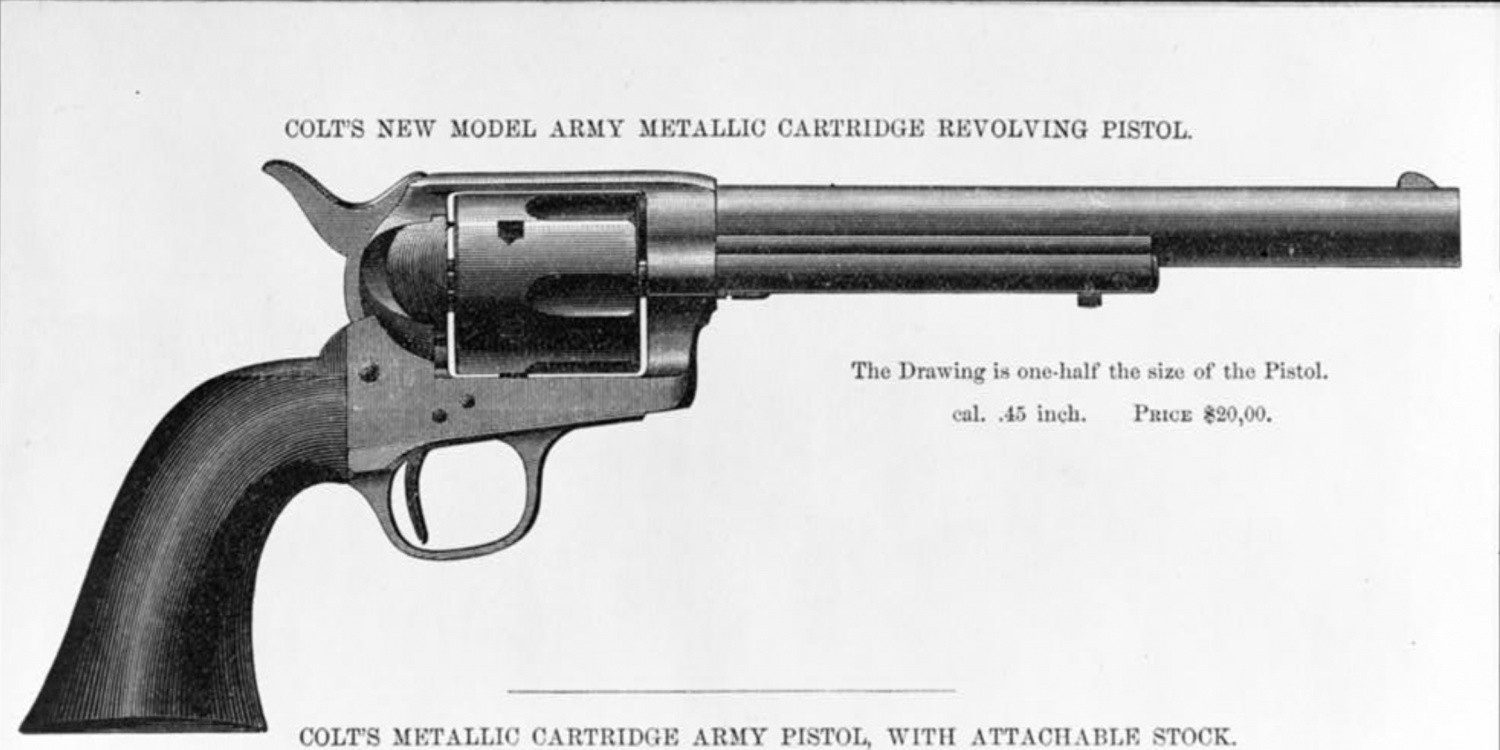 Also in the collection was the Whitney double barreled shotgun Billy the Kid killed Bob Olinger with during his escape from the Lincoln County courthouse. It sold for $978,312. For a full list of results, please visit the Bonhams auction house website.